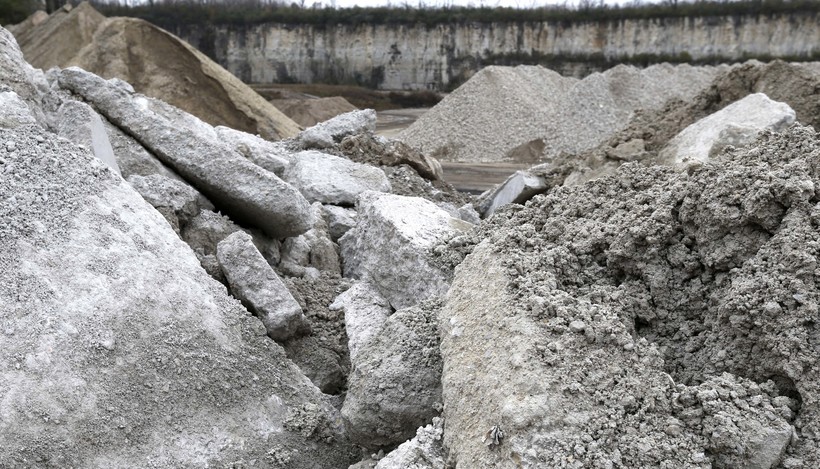 Provisions tucked into the state transportation budget by leaders of the Legislature’s Joint Finance Committee would block local governments from regulating blasting at rock quarries and sand and gravel pits without state approval. The language would also prevent local governments from regulating air or water quality at quarries beyond state standards.

The motion does provide an exception allowing a local government to petition the state Department of Safety and Professional Services (DSPS) for the right to impose blasting restrictions.

The motion is similar to language regarding quarries included in the 2017-19 state budget. That was vetoed by former Gov. Scott Walker, who said at the time he objected to "inserting a major policy item into the budget without sufficient time to debate its merits."

Erin Longmire is the executive director of the Aggregate Producers of Wisconsin. She told WPR the attempts to limit local regulations of quarries and other aggregate mining operations in the current and past budget is a response to towns and counties enacting ordinances that go beyond regulations set by the state Department of Natural Resources, U.S. Environmental Protection Agency and federal Mine Safety and Health Administration.

"We have, already, these regulations in place," Longmire said. "It’s just the extra layer of various local municipalities who’ve taken it upon themselves to add more overzealous regulations has caused us to take a step toward a direction of more statewide control over this."

Longmire said there isn’t any reason to regulate the aggregate industry more than it already is other than to force producers out of business.

"What was becoming a problem is we have local units of government who are overstepping in many areas as it relates to our operation to a point where we have some that have even had to cease operations," Longmire said.

In the town of Deerfield in Dane County concerns about how an expanding limestone quarry could impact a historic church led town board members to pass local blasting regulations in 2015 that go beyond state administrative code. It allows blasting between 9 a.m. and 5 p.m. on weekdays. The state regulations allow blasting from sunrise to sunset and doesn’t specify which days.

The Deerfield ordinance also sets limits on ground vibrations and airblast intensity that are more restrictive than those set by the state.

Deerfield Town Board supervisor Bill Roelofs told WPR the measures are meant to protect a 165-year-old church that sits across the street from a quarry owned by Forever Sandfill & Limestone. He said the company objected to the 2015 restrictions set by the town arguing it effectively stopped all blasting at the quarry. Roelofs said the contention between the quarry and the town was a driving force behind the 2017 attempt to limit local control.

"Deerfield was mentioned numerous times in the meetings that were held between various parties," Roelofs said.

Roelofs said he suspects the current language inserted into the budget is also related to overriding Deerfield’s quarry regulations. He said while the state does have blasting regulations on the books there are only two inspectors at DSPS to ensure companies are following the rules.

"The town is right there. We see the results of blasting," Roelofs said. "We hear from the people that are involved ... in my opinion, a one-size-fits-all solution to blasting is not appropriate."

Local government groups including the Wisconsin Towns Association and Wisconsin Counties Association have been negotiating with Republicans in the state Legislature over road funding for weeks, according to League of Wisconsin Municipalities Deputy Director Curt Witynski. He said the current language on quarries is "more palatable" than what was introduced in 2017.

"We’re pretty much not going to raise a fuss about this even though ordinarily, as a matter of principal, we don’t like preemption of local control," Witynski said. "But given the context and overall negotiations, all the local governments are standing down at this point on the issue."

Still, representatives of the Wisconsin Towns and Wisconsin Counties associations said they were still reviewing the JFC motion relating to quarries and aggregate producers.

The budget motion approved by the finance committee included $90 million in general fund money that would go to local governments for road improvement projects.

The state’s business lobby group, Wisconsin Manufacturers and Commerce, said it was reviewing the matter and could not comment.