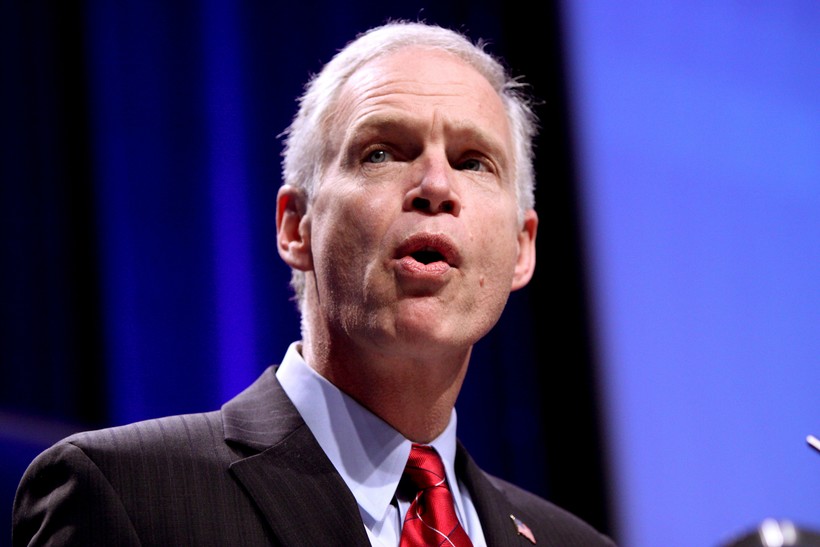 Wisconsin U.S. Sen. Ron Johnson tried to push his Republican colleagues to the right Monday, saying he wanted the GOP overhaul of Obamacare to repeal rules that require insurance companies to cover people regardless of pre-existing conditions.

In a New York Times op-ed and an interview with conservative syndicated radio host Hugh Hewitt, Johnson said the bill endorsed by Republican leaders in the Senate did little to address the rising insurance premiums that had weakened the Affordable Care Act.

Johnson's exchange with Hewitt was especially combative as the senator repeatedly that he was not ready to support the bill even as Hewitt pressured him to commit to voting yes.

"We're not going to be able to make the changes to the bill if we're forced into a vote this week," Johnson told Hewitt. "We just don't have time."

"That's why you got reelected," Hewitt pushed back. "To pass this bill this week. It's a disaster not to do so."

Johnson complained, as he has for weeks, about the secretive process used to write the Senate bill, arguing he needed more information about the plan, and so did his constituents.

"I've been behind the scenes," Johnson said. "I've listened to people argue the points completely absent of any information."

But Monday was the first day that Johnson attacked the substance of the bill head-on, suggesting that Republican leaders were taking the easy way out by not rolling back the Affordable Care Act's requirements that private insurance companies provide coverage for everyone.

"We know what caused premiums to increase," Johnson said. "Obviously, the bill writers in the House and Senate aren't acknowledging it. They don't have the courage to address the fact that guaranteed issue (of health insurance) collapses markets."

Johnson's comments came hours before the nonpartisan Congressional Budget Office released its analysis of the Senate health care bill that showed the plan would lead to 22 million more people without insurance by 2026. That's one million fewer than under the health care overhaul passed by the U.S. House.

Johnson is one of four conservative Senators who've said they want changes to the Senate health care bill before they'll vote for it. The others are Texas Sen. Ted Cruz, Utah Sen. Mike Lee and Kentucky Sen. Rand Paul.

Sen. Dean Heller of Nevada, has said that the current bill is "not the answer." And Republican Sen. Susan Collins of Maine said Monday after the release of the CBO analysis that she also would not support the bill in its current form.

Wisconsin Democratic U.S. Sen. Tammy Baldwin issued a statement saying the GOP repeal plan "has no heart" and would put people with a pre-existing condition into a high-cost pool that will price them out of their health insurance.

"The people of Wisconsin did not send me to Washington to take people’s health care away," Baldwin said. "We should be working together to make things better, not worse, and the CBO makes clear that the Senate repeal plan will leave millions of families behind."

If Republicans make changes to the health care bill to appease conservatives like Johnson, it could cost them the support of more moderate senators. Republicans control 52 seats in the Senate, meaning they can only afford to have two of their members vote no if they want to pass the bill.