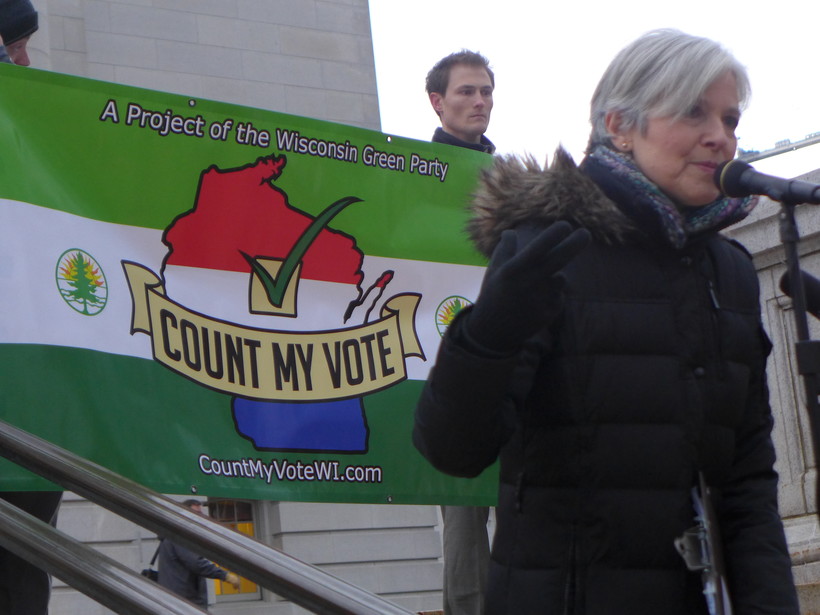 Green Party presidential candidate announcing her County My Vote effort outside the Wisconsin capitol in Madison.

The presidential recount is over in Wisconsin, but Green Party candidate Jill Stein is continuing "a fight for election integrity" with a project known as Count My Vote.

Stein and supporters unveiled Count My Vote outside the state capitol Tuesday in Madison to ensure voting machines work properly and ballots are counted correctly. Stein said efforts to verify the vote in Wisconsin and two other states required overcoming administrative hurdles and raising millions of dollars. She called it a "bake sale on steroids" and said they didn’t get the recount they wanted in Wisconsin.

Stein said the Count My Vote group will review local recount reports. The organization will release its findings in a couple of weeks.

Stein questioned the cost of the Wisconsin recount and said they expect a refund of more than $1 million.

Stein said the refund will be spent on ongoing election integrity efforts like getting rid of voting machines and having automatic audits where optical scanners are used to count hand-marked paper ballots. In addition, Stein called for automatic recounts when there are close races or questions that raise red flags.

"We also want to include in this ensuring we have a right to vote and that we put an end to voter ID laws to this interstate cross check that has taken millions of voters potentially off rolls, also ranked choice voting," she said.

Stein would like to replace the Commission on Presidential Debates, which she said favors the Democratic and Republican party candidates.