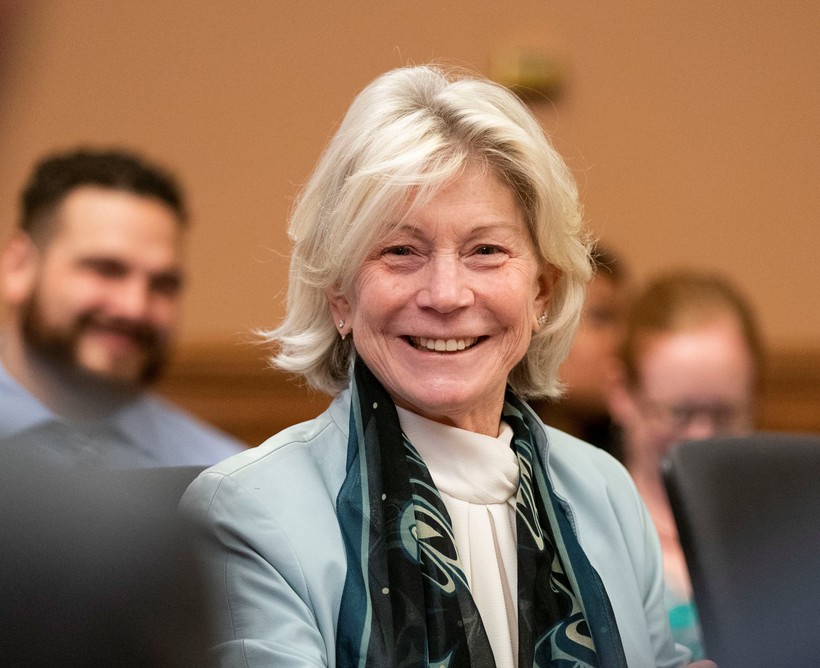 Democrats in the Wisconsin state Senate have picked Sen. Janet Bewley as their new leader.

"I want to congratulate Sen. Bewley and am happy to pass the baton as she takes on this new role," Shilling said in a statement. "I know that Janet’s strong and pragmatic leadership will provide a smooth transition and lead to success over the coming months."

Bewley hails from Mason and has represented far northwestern Wisconsin's 25th Senate District since 2015. She has served as assistant minority leader since 2017.

In an interview with WPR, Bewley said one of her first priorities is shaping the state's response to the COVID-19 pandemic.

"Having gone through Act 10 as a freshman in the Assembly, I think it was a very good, very good testing ground, very good opportunity for learning how you navigate in troubled times, and I hope I can take advantage of that experience," she said.

She added that she thinks the response to the pandemic has been lacking so far, and hopes to see more relief for small farms and small businesses.

Bewley takes over as Democrats are fighting to recapture the majority in November's election. She said even just picking up a few seats would benefit her party.