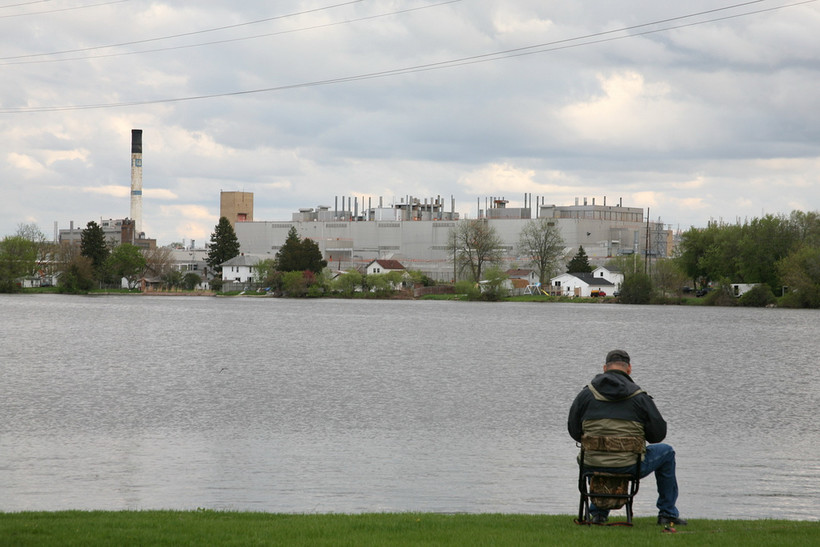 In Janesville, Hope And Slow Regrowth Around Shuttered GM Plant 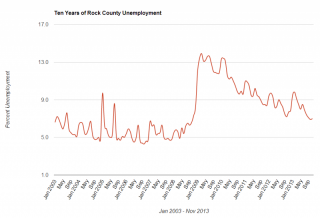 All eyes were on Janesville five years ago when the city's largest employer, General Motors, closed its plant. It meant the loss of thousands of jobs at the plant and in nearby parts factories in Rock County. Five years later, the plant is still shuttered, but the local economy is gradually gaining steam again.

The unemployment rate in Janesville is still hovering around seven percent, but that's half of what it was in 2009, right after the GM plant closed. According to Rhonda Suda, of the local workforce development board, very few of the auto workers who lost their jobs are still unemployed.

“We probably have possibly a handful,” Suda said.

She says many either took an early retirement or found work at other GM plants. Others took advantage of retraining programs at the local technical college.

59-year-old Mike Marko didn't work at the plant. He's been out of work for just over six months after being laid off from a job he commuted to in Madison for almost 14 years. He's been at the job center in Janesville almost every day since July 31. He and his wife are living on their savings and his unemployment checks. He's hoping Congress approves long term unemployment benefits, but so far Congress is deadlocked on the issue.

“Now I think I have maybe one or two weeks left of unemployment without the extension,” Marko said, “which means I have to take more out of savings. Now savings is savings, and if you don't keep putting into it it's eventually going to run out.”

But there are jobs in Janesville, according to Andrew Sigwell. He saw firsthand what happens when a plant closes. His family owns the bar the Zoxx 411 Club that sits in the parking lot of the GM plant.

“For 40-plus years my family business was only opened when the plant was opened,” Sigwell said. “I had to recreate myself 100 percent because I lost 100 percent of my clientele.”

Sigwell opened a new bar two years ago. It’s called “Down the Street,” which is where it is: just a block away from the plant. He's optimistic about what he sees as a slow and steady economic recovery.

“You have a lot of other big companies. John Deere is in this town, Cummings is in this town, that makes mufflers for semis. There's still a lot of industry that's come to this town since GM's closed,” Sigwell said. “There's plenty of people I know that have found these new jobs. There is work in this town.”

There will be more work eventually, according to the head of Forward Janesville, John Beckord. He says the unemployed have to find a way to bridge the skills gap, and he says a new advanced manufacturing skills training center being built at the local technical college should help close that gap.

“It's not about showing up to work and putting a screw in a hole. It's about having a variety of skills for the modern manufacturing enterprise. So people need to really up their game,” Beckford said. “And that's where we're hopeful: over the next two years we're going to see some cutting edge programs.”

Two years from now there's also a chance the still vacant GM plant will be sold or reopened as an assembly plant. A decision one way or the other is expected at the end of 2015 when GM and the United Auto Workers Union meet to negotiate a new contract.