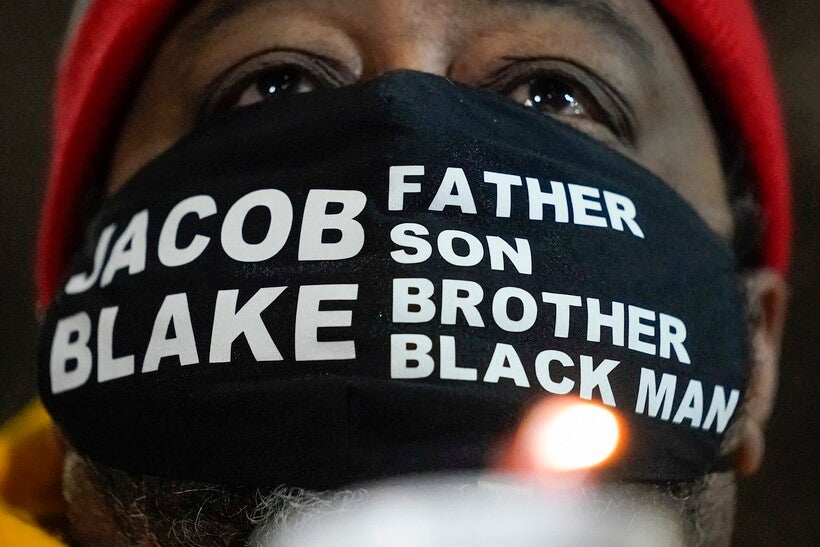 Blake Shared His Side Of The Incident For The First Time In Interview With 'Good Morning America'
By Alyssa Allemand and The Associated Press
Share:

Jacob Blake, a Black man who was shot in the back by a white police officer in Kenosha, triggering several nights of violent protests, says he was prepared to surrender just before the officer opened fire.

Blake said in an interview broadcast Thursday by ABC's "Good Morning America" — the first time Blake has shared his side of the incident — that his pocket knife fell from his pants during a struggle with Kenosha police who were trying to arrest him Aug. 23 on an outstanding warrant. He says he picked it up and prepared to put it in his vehicle.

Officer Rusten Sheskey told investigators that he feared Blake was going to stab him, so he opened fire, shooting Blake seven times in the back. A Wisconsin prosecutor last week declined to file charges against Sheskey, concluding he couldn't disprove the officer's contention that he acted in self-defense.

Two of Blake's children were in the vehicle during the shooting.

"He just kept shooting, kept shooting. ... So after he stopped shooting me, I said, 'Daddy loves you no matter what,'" Blake said in the interview. "I thought it was going to be the last thing I say to them."

Blake said the police officers did not announce they had a warrant for his arrest before approaching him. Sheskey said he recalls telling Blake, "Let's talk about this," and then told Blake he had a warrant after grabbing Blake's arm.

According to state investigators, a woman called the Kenosha police, saying her boyfriend was violating a restraining order, and they arrived at her apartment. Police attempted to arrest Blake and used a Taser on him twice. Blake was trying to get into his vehicle when Sheskey grabbed ahold of Blake's shirt and began shooting him.

'Where time can stand still': Why most Wisconsin summer camps stay open for decades
Anti-abortion groups call for tightening Wisconsin's 19th century ban on abortions
Fearing fireworks: Wisconsin veterinarian shares tips for anxious pets during Fourth of July
They eat rocks. They're some of the strangest living beings on the planet. They are fungi.
Abortion-rights advocates in the 13 trigger law states refuse to give up post-Roe