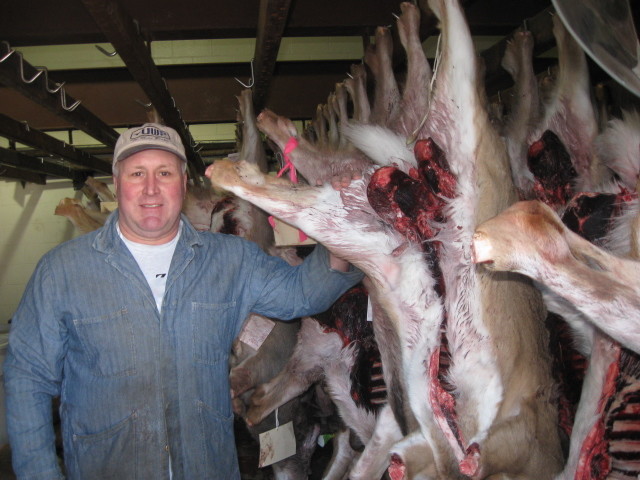 The owners of small, Northwoods meat markets are working overtime, in an annual tradition that marks the end of Wisconsin's gun deer season.

Zillman's Meat Market in Wausau has been going through the same routine for 52 years. Second generation owner Pat Zillman points to dozens of deer carcasses hanging in one of his two freezers, "Busy time. It really starts during bow season and goes right through until January 1. Seems like everybody wants all their items all at one time, but it's a good problem to have."

Zillman's problem turns into a holiday feast for his customers, "The steaks, the back straps, the tenderloins. Grind the rest of the trimmings up for burger, chili, jerky, sausage, Slim Jims, Polish, hot dogs, a variety. All made out of venison."

Once again this year, Pat Zillman is working even harder than he should have to because of another warm hunting season that could quickly spoil perishable deer meat, "We stayed open on Sunday and we were here on Thanksgiving, because it was so warm, so the hunters could get their deer in the freezer, hangin'. They cool 'em down right away."

And Zillman's, like many Northwoods meat markets, is kept busy preparing another traditional holiday dish, one for acquired tastes, "Steak tartar. Chop chop. Cannibal meat. Wild cat. Someone will come in from out of state and you can hear them whisper in the front, 'they sell wild cat!' It's not cat. It's just a nickname."

A nickname for raw ground beef mixed with onions and Pat's secret blend of seasoning. Zillman says his small mom-and-pop store will process 300 deer carcasses by the end of the year.