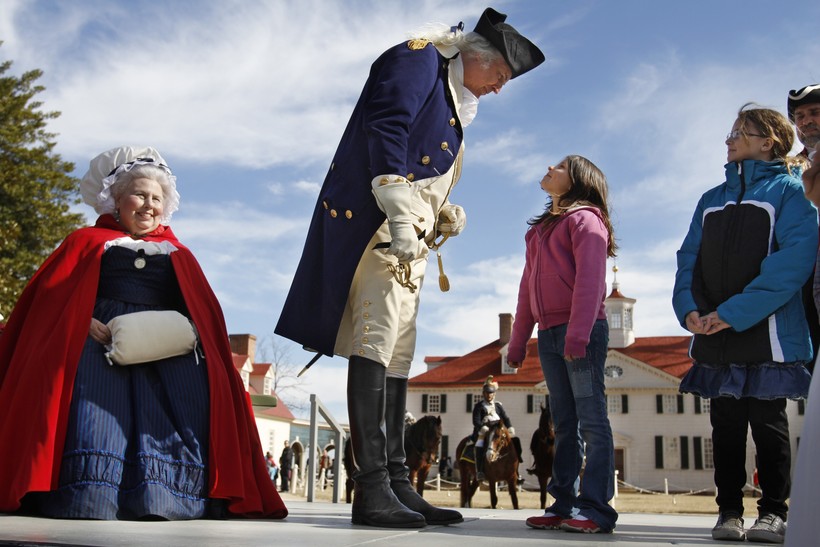 It's An American Pastime To Call Presidents 'The Most Divisive Ever'

On this President’s Day, we explore Donald Trump’s place in history as the 45th president of the United States.

Author of the book "Dead Presidents: An American Adventure into the Strange Deaths and Surprising Afterlives of Our Nation’s Leaders" and WPR's host of "All Things Considered," Brady Carlson, helps put things in perspective and talk about presidents who came before Trump.

Maureen McCollum: Some people claim Donald Trump is the most divisive president in American history, but that’s up for debate. Can you give us a quick rundown of other presidents who in their time were considered incredibly divisive?

Brady Carlson: It is an American pastime to call presidents the most divisive ever, the most dangerous ever, the most fill-in-the-blank ever. It goes back to the election of 1800, the first election that really went into the mud.

That’s when President John Adams’ re-election campaign called his challenger – and vice president – Thomas Jefferson a coward, an atheist and mixed-race. Jefferson’s campaign hired a man, Thomas Callander, to spread, well, fake news stories about Adams – that he was crazy and trying to start a war with France.

Other cases include Andrew Jackson. They called him a tyrant, an adulterer and a mass murderer. Southern states tried to leave the country after (President) Abraham Lincoln’s election, and John Tyler, our 10th president, was so unpopular that for the first time the White House employed personal bodyguards, they were worried about his physical safety.

None of this is to say that politics aren’t divisive today, but it’s important to remember that it’s also not new.

MM: We’ve heard the Trump administration talk about how they’ve used Andrew Jackson as a model for Trump’s presidency. What does this mean?

BC: You can boil it down to one word: populism.

Jackson entered politics at a time (when) there weren’t really political parties. Instead, the powerful people sort of agreed on a candidate and that was the candidate.

So Jackson, who was a national celebrity for his military service, offered himself up as a man of the people fighting the powerful political class – even though he was actually a sort of upper class plantation owner in Tennessee. He argued, really for the first time in U.S. politics, that the president should be the most powerful figure in the country because he alone was elected by the entire country. Jackson’s opponents said he wanted to be a king, not a president.

Jackson fought duels and enslaved people, for example. We don’t do that anymore, but President Trump also became famous outside of politics, and he’s argued that he represents the people against power brokers. And some of his critics think he’s trying to overstep his bounds as president like Jackson’s critics did.

One final interesting point here: at the same time that the Trump administration has pointed toward Andrew Jackson, the Democratic Party, which Jackson helped create, has been removing his name from their state party fundraising dinners, because of his associations with slavery and Native American removal. So over time, the ways we invoke former presidents as symbols of modern politics can change.

MM: President Trump has hung a portrait of Andrew Jackson in the White House, and this is something that all presidents do that’s really quite symbolic.

BC:  Presidents invoke their predecessors to make political points.

When Ronald Reagan first became president, there was a portrait of President Harry Truman – a New Dealer, a Democrat – on the walls of the Cabinet Room at the White House. Reagan moved the Truman portrait out and instead put up a portrait of President Calvin Coolidge – a conservative. It was a way of signifying what kind of presidency Reagan wanted to have.

All presidents do this kind of thing, because there’s no greater way to push your own view of the presidency than to sort of align yourself with a well-regarded former president and say, 'What I’m doing is just like what they did, and if you liked them, you’ll like me.'