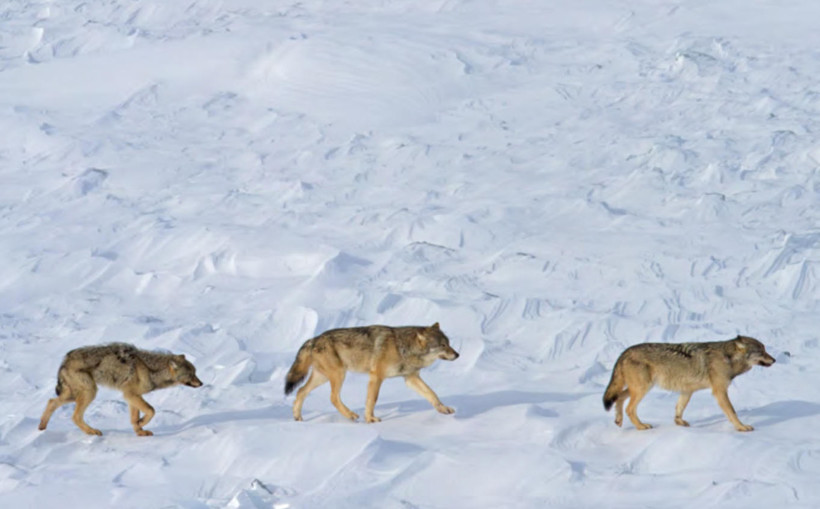 Isle Royale's Wolves, Longtime Subjects Of Ecological Research, Have All But Vanished

Wildlife Ecologist Says That Only 2 or 3 Wolves Remain On Island
By Cheyenne Lentz
Share:

For more than 50 years, the world's longest continuous study of a predator-prey system has taken place on Isle Royale, Michigan. The island's remote location in Lake Superior has given researchers the opportunity to track and compare fluctuating wolf and moose populations.

Lately, though, the wolves of Isle Royale have hit a low point: According to wildlife biologist Scott Craven, there are only maybe two or three left.

Craven said the cause of the wolves' decline likely has to do with a lack of genetic diversity. He said studies suggest that "there’s been so little infusion of new blood, so to speak, over the last few decades that inbreeding has caught up with them."

This past winter, when researchers found three wolves on the aerial surveys, one was very small and it had spinal deformities. That wolf is likely no longer alive, Craven said.

The deceased wolves that scientists have been able to study have also had all sorts of anomalies that they have traced to inbreeding, which is why, according to Craven, it is so important that new wolves come over to the island.

There was a close call last winter when an ice bridge allowed two wolves to cross over from the coast of Minnesota or Canada.

"One wolf had a radio collar on from a study on the mainland and those wolves kind of wandered around on the west end of the island for a couple of days and hot-footed it back to the mainland. That could have been, you know, an infusion of a couple new animals, but it didn’t work out. So we’ll see," Craven said.

Meanwhile, Craven said that with the wolves all but gone, the moose are multiplying like moose do.

"I think for the last four years, the moose population growth rate’s been like 22 percent. So there may be in two or three years twice as many moose if something doesn’t give," he said.

Because hunting is not permitted on the island, addressing the problem becomes a lot more challenging. Craven said that there is a debate, "whether one of the solutions should involve some type of culling or direct management of the moose population, but that is all very contentious."