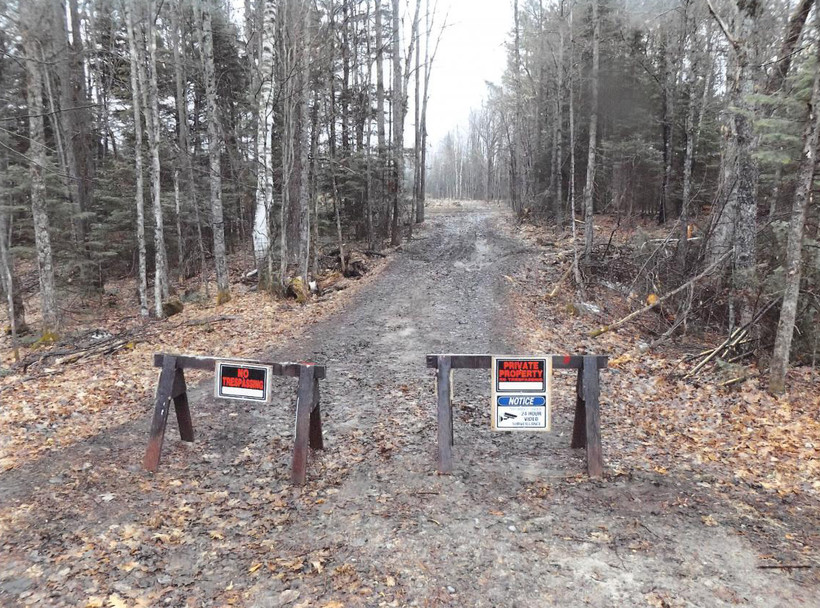 An Oneida County official used intimidation and threats to pressure the owners of a plot of forest land to sell it to him then directed county equipment and labor from prison inmates to be used to clear a private road on the property, a sheriff’s office investigation found.

Investigators recommended charges of misconduct in public office against John L. Bilogan, director of the Oneida County Forestry Department. The Oneida County district attorney recused himself from the charging decision and referred the matter to Lincoln County. Now the decision about charges rests with the Lincoln County district attorney. His office told WPR it is still considering charges in the case.

Investigation documents obtained by WPR from the Oneida County Sheriff’s Office provide a window into the accusations against Bilogan, which revolve around about 39 acres of land on Hildebrand Lake Road in the town of Enterprise, land surrounded by county forest.

It was hunting land, but its owners were interested in developing it with cottages. They asked Bilogan about whether they might gain an easement to make a private logging road leading to the property into a town road that would allow access to the plot.

"Bilogan informed the previous owners of the property in question that an easement would never be granted, making them believe the land was not worth much and convincing them to sell," according to the sheriff’s office report.

Bilogan then set about to buy the property himself. He purchased a share of ownership, then worked to take full possession, suing one of the owners and threatening to use eminent domain to force a sale. According to the report, Bilogan "threatened to make things rough on (previous owners) if they did not sell." In the end, the owners "decided they did not want the legal hassle because they knew Bilogan had power in his position," so they sold it to him.

The complaints that launched the investigation started after Bilogan on April 15 directed a work crew of prisoners from McNaughton Correctional Center in Lake Tomahawk to clear brush on his private road about 35 miles away. When a piece of equipment from the McNaughton crew got stuck in the mud, he called in a county backhoe and a Forestry Department employee "to perform work for a project that was solely the responsibility of Bilogan," according to the report.

Dealing With Bilogan Was A 'Nightmare' For Some

Beyond its recommendation for charges, the investigation report paints a picture of Bilogan as a bully who routinely used public resources for his own benefit.

Multiple employees said they had suspicions that Bilogan stole wood from county sites for firewood; at least one told investigators he had seen evidence of bark in the back of a truck used by Bilogan. An employee said Bilogan started an intensive grouse management program near the Hildeband Lake Road property, with plans to convert grass openings into food plots. That employee told investigators that "Bilogan was creating Bilogan’s own playground," according to the report.

The forestry department employees interviewed by investigators "did not want to know anything that was going on involving Bilogan because it probably involved things that should not be going on," the report said.

Similarly, the call to use the McNaughton prisoner crew "sounded shady from the get-go," McNaughton Corrections Sgt. Paul Koniar told investigators. Prison crews are used routinely for county forestry work clearing brush or performing other tasks, for which they are paid $1 per hour. But in this case, Koniar said he had the impression Bilogan wanted to conceal where the crew was going.

In an email released as part of the sheriff's office investigation, Oneida County Corporation Counsel Brian Desmond told the county’s human resources director that he believes Bilogan intentionally withheld information in a request to use county equipment on the project. Desmond said in the future, he would only deal with Bilogan in writing.

"This whole deal has been a nightmare for me," Desmond wrote. 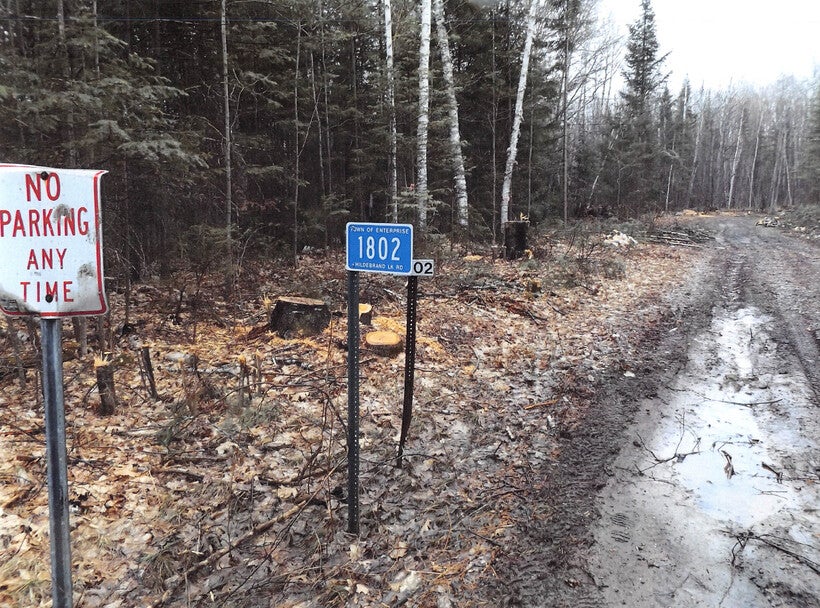 An unrelated exchange described in the investigation records shows Bilogan threatened state Department of Natural Resources water management specialist Wendy Henniges in the course of her work. Henniges told investigators Bilogan lost his temper at her and made threats, and that "the tone and nature of his comments seemed strongly like a threat of personal harm," she later wrote in an email that became part of the sheriff's investigation.

Bilogan has been on paid leave for about three months, since the investigation began. There was no answer or way to leave a message at two phone numbers for Bilogan and messages left with an attorney believed to be representing him were not returned.

The complaint about Bilogan’s alleged improper use of county resources on the private road originated with Manny Oradei, a DNR county forest liaison. Oradei declined to comment, except to say that information in the report is true.

County Board Member: Accusations Are Overblown, Bilogan Was Doing His Job

Jack Sorensen is the chairman of the Oneida County Forestry, Land and Recreation Committee. In an interview, he told WPR he’s worked well with Bilogan and considers him an outstanding forestry director. News media reports about the investigation, he said, have been overblown.

Information from investigation records was first reported by the Northwoods River News of Rhinelander, and then by WJFW-TV.

Sorensen gave approval to Bilogan to use the McNaughton crew. He noted that the town of Enterprise had either granted or was soon to grant the easement turning the private road into a town road, and said it was routine business for the county to help remove limbs and treetops left behind by loggers clearing a right-of-way for a future town road.

"My viewpoint is John (Bilogan) was doing his job," Sorensen said.

In sheriff's office records, Jane Severt of the Wisconsin County Forests Association asked county directors across the state whether they did maintenance work on town roads in the county forest. Among 21 responses, only one department said it did.

Sorensen said some of the complaints described in police records stemmed from bad blood or personal grudges. For example, Bilogan and Oradei were in an ongoing conflict, he said, based on personal differences and disagreements about the role of the DNR in county forestry business.

"There were issues between John (Bilogan) and Manny (Oradei)," Sorensen said. "At one point, I inquired to Manny’s superior: Was there some way to remove Manny, put him someplace else? … John decided it wasn’t worth his while to cause the commotion. But that was out there."

In the report, Sorensen is said to have asked a sheriff’s deputy "if there was any way to 'shut this off' pertaining to the investigation." Asked by WPR if it was appropriate for a public official to make that request of a deputy, Sorensen said he doesn’t remember saying it and hasn’t read the details of the report.

"But if I did (say that), I was wondering where this thing was all going," Sorensen told WPR.

Sorensen stressed that no charges had been filed against Bilogan, and questioned whether it was appropriate for the sheriff's office to release investigation records before a charging decision has been made.

"(It) made a whole lot of great media coverage," Sorensen said. "Let's hang somebody out to dry based on allegations and not final judicial findings."

The investigation also uncovered a 12-year-old incident that some of those interviewed believe reflects Bilogan’s overall attitude toward the public interest.

In 2007, Bilogan trapped a bobcat without a permit. He reported it to the DNR warden, saying he had intended to trap other animals for which he did have permission. The warden agreed to let Bilogan keep the bobcat on the condition that Bilogan pay to have it mounted and displayed at the Oneida County Courthouse for educational purposes for the public.

"Bilogan kept the bobcat in his residence for many years, and recently brought it into his office," according to the report. "There are no bobcat mounts on display at the Oneida County Courthouse."