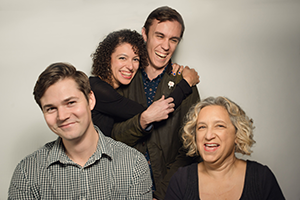 San Francisco, California remains one of my favorite destinations in the entire world.  I love just about everything about it and have since my earliest days as a voice student at San Franciso State University.  I spend a number of days there earlier this month basking in the city's eclectic overtones as it relates to music making, food, diverse vibe and multi-cultural landscape.

You can find just about any world music genre you desire in the 'city'.  In fact, the roots of my musical appetite for diverse styles of music took shape in S.F.  So, it's no wonder I find  San Francisco’s The Real Vocal String Quartet's new 2019 release "Culture Kin", Flower Note Records, 2019.  With distinction, their sound is weddded their Eurocentric classical music roots coupled with a tasteful embrace of West African, Balkan, klezmer and bluegrass - in all their work is deeply edifying. Here's more about them and their dedication to culturally inclusive musical collaborations. https://www.rvsq.com/#https://www.rvsq.com/about/

The ensemble embraces diverse influences from classical, jazz, rock, as well as traditional roots music from West Africa, Brazil, and rural America. With past performances on the Tonight Show, with Feist at Coachella, and as cultural ambassadors with the State Dept., RVSQ strides forward on an adventurous path.

Starting from the eclectic, musically sophisticated base of the San Francisco Bay Area, RVSQ has found a national audience since releasing their debut CD in 2010. 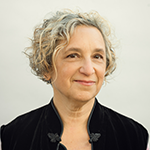 Irene Sazer is an improvising violinist, composer, arranger, and singer whose unique style combines world and roots music with classical, jazz, and pop sensibilities. Known internationally as a founding member of the Turtle Island String Quartet, Sazer’s career has encompassed success as a concerto soloist, a concertmaster, an established recording artist, and a recognized educator of music and improvisation.

As one of the leaders in modern cello playing David Tangney has brought his unique sounds and nontraditional sounds to a vast landscape of genres. Working with artists such as Rostam, Lucius, and Natasha Bedingfield he has worked in the sudio and toured extensively both domestically and internationally. He currently resides in Los Angeles working as a freelance cellist.  (photo not provided) 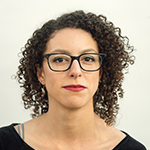 Fiddler and tunestress Sumaia Jackson is a quintessential embodiment of the West Coast fiddle sound – driving groove, smooth and open sound with sparkly twists and exciting turns.  Born and raised in Santa Cruz, California, she studied classical violin intensely.  During her teenage years Sumaia’s musical path widened – between Scotland, Canada, and the United States, she actively sought out communities of folk and roots musicians in Appalachian Old Time, Bluegrass, and more recently, Jazz.

In May 2016, she obtained a Bachelor’s Degree in Performance on a full scholarship, with a minor in American Roots Music, from Berklee College of Music in Boston.  Now living in San Rafael, CA, Sumaia performs with Jayme Stone’s Folklife, with The Real Vocal String Quartet, with award winning Canadian fiddler Adrianna Ciccone, and various other groups around the United States.

Sam Shuhan, Principal Bass of The Santa Barbara Symphony, currently resides in Los Angeles where he stays active performing, teaching, recording and composing on upright and electric bass. Shuhan is finishing a Graduate Certificate after completing his Master’s Degree at the University of Southern California, where he studied with professor David Allen Moore.
His musical education began in Ithaca, New York where he received his Bachelor’s Degree from Ithaca College under the tutelage of Nicholas Walker. During this time, Shuhan studied classical and jazz and was occupied with a multitude of professional work in the upstate New York area. Shuhan was the winner of the 2011 Lee Strebel Memorial Youth Concerto Competition and in the following year performed as a soloist with the Cayuga Chamber Orchestra.