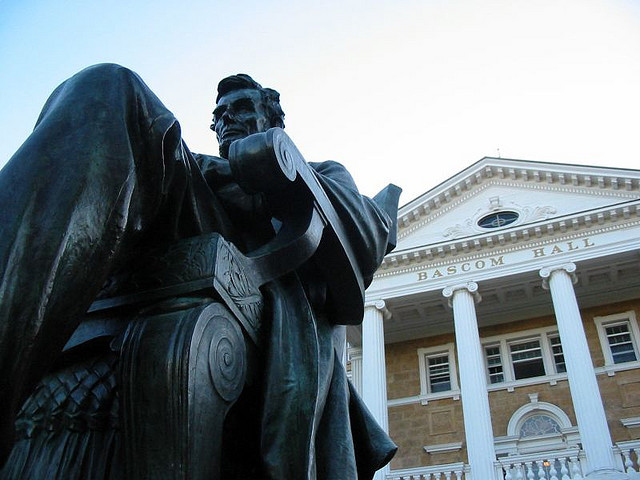 Interest Rates On Stafford Loans Could Double Without Congressional Action

If Congress does not act, interest rates on a certain type of federal student loan may double, affecting more than 80,000 Wisconsin college students. But some doubt the impact on the overall economy.

Congress has until July 1 or interest rates on federal subsidized Stafford Loans would jump from 3.4 percent to 6.8 percent. The University of Wisconsin (UW) System says 82,000 students would be affected.

Consumer advocacy groups have sounded the alarm, saying doubled interest rates would add $1,000 to the cost of a loan. Mark Kantrowitz, an independent financial aid expert, says the actual impact on borrowers won't be that bad.

While Kantrowitz agrees that money going to student loans is not hitting local economies, he says there is a lot of hype out there.

"The more you're paying on your student loans, the less you're going to have available to spend on other priorities, so that is shifting money away from consumer spending or savings towards debt service. But it's not the end of the world."

The average UW student loan debt at graduation is $28,000.