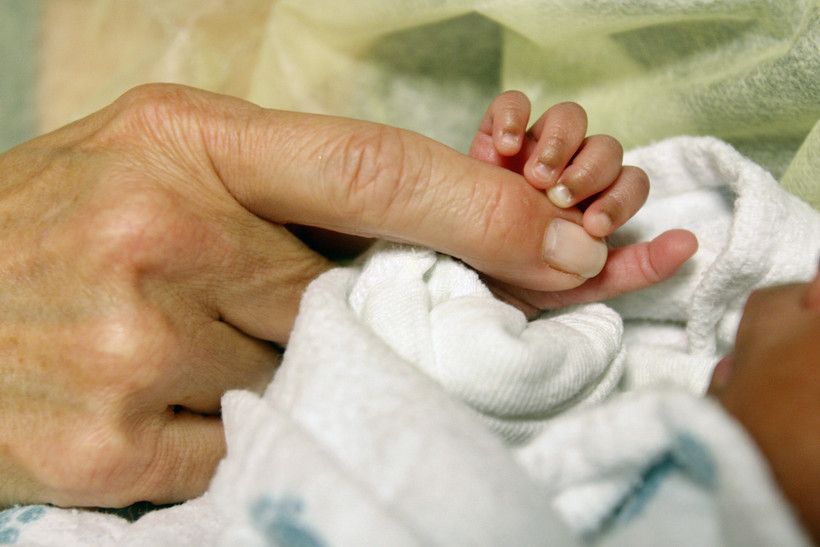 Infant Trauma Can Have Lasting Impacts On Mental Health, But Through Nurturing, Positive Reinforcement Effects Can Be Reversed, Studies Show
By Mary Kate McCoy
Share:

Physical milestones like when an infant should roll over or take their first steps are well documented, but research shows there’s still a ways to go before infant mental health catches up, says Sharyl Kato, a child and family therapist and director of the Rainbow Project, a family and child resource clinic in Madison.

"(Infant) mental health is less known and understood," she said. "We're hoping that more of those developmental milestones will be known … and in general identifying earlier on if there are some chronic problems that can be addressed."

Studies show trauma can affect infant’s neurobiology and brain development, which can have lasting impacts on their mental and physical health.

And those early years are crucial to developing attachments and learning how to process emotions and deal with stressors, said Dr. Anthony Dobner, a child and adolescent psychiatrist.

"But the good news is that also persistent and consistent — you know, being able to be in a nurturing, attuned environment — can actually reverse some of those negative impacts," Kato said.

Actions as simple as rocking help develop the central nervous system as infants, she said.

"Later on we really rely on our central nervous system to help us in controlling violent behavior, being able to regulate our emotions and our actions," she said. "All of those kinds of research now are helping us understand more how we can … restore the trust that they may have lost."

Infants are particularly attuned to their caregivers, Dobner said. And without the secure base for physical and emotional needs, other areas of development are on a shaky foundation, Kato added.

"Sometimes we've actually seen infants who appear deaf because they're not responding to the usual stimuli and it's because they've kind of given up, not crying because no one has ever responded to those needs," Kato said.

Kato says infants can be clinically depressed, something she doesn’t think many people are aware of. She hopes to raise awareness of the issue so it won’t take so long to intervene and get them back on track.

Much of what researchers know about infant mental health issues comes from studies on postpartum depression and how it affects infants and toddlers, Dobner said.

"They're more likely to have asthma, colic, early diabetes, increased episodes of diarrhea frequency and even changes to personality and temperament," he said.

And children that grow up with parents with depression are more likely to have behavioral problems — like attention deficit disorder, oppositional defiant disorder, sleep problems or anxiety — when they go to day care or school, Dobner said.

For children who have experienced trauma, punitive or negative responses to behavior are not helpful, Kato said. Positivity, along with structure and consistency are more effective, she said.

"Adding in some type of positive reinforcement or praise for good behavior will go a long way to strengthen the attachment relationship and guide behavior going forward in the future," Kato said.