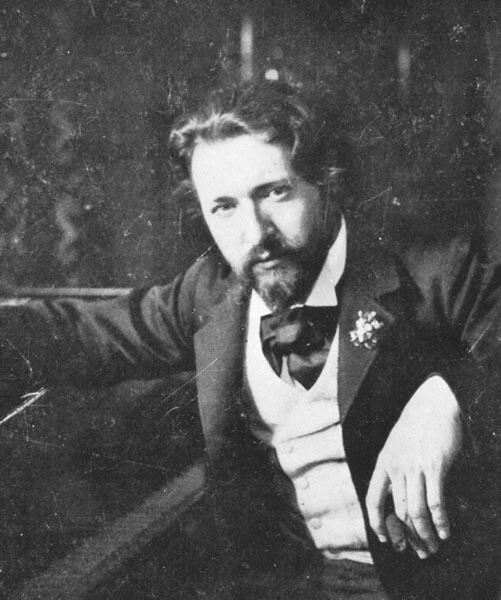 By the beginning of 1911 Italian composer and pianist Ferruccio Busoni had been traveling and performing in America for more than a year, and he was still adjusting to life in the New World. He was often uninspired, but he wrote to his wife about occasional flashes of enthusiasm. On March 9, 1911, Busoni wrote from Kansas City:

I’ve had to play with fever and pain, and last night was the first time since March fourth that I’ve had enough of a night’s rest.

Now it’s improved somewhat. The weather is so pretty that it’s possible to sit with the window wide open and enjoy it...

My ideas are dormant. I am morally dulled, physically weak, and depressed in general and everything looks gray.

Nonetheless, Fräulein Curtis received a sleepy letter from me about using Red Indian motives. I believe that my idea of beginning very gradually with them is right, with small experiments at first, like efforts to fly.

It’s ridiculous to build a Symphony with Indian melodies, after the Leipzig example–like Dvořák–or an opera in the Meyerbeer style, like the recent one by Victor Herbert.  It takes a lot of study to get inside the Indian way of life.

My first thought was to put one or two scenes into one act, with Red Indian ceremonies and actions, very simple, and to link them with the customary “external” stories–mother, son, bride, war, peace, without any subtleties.  It takes the greatest subtlety to listen to that kind of music and recreate it accurately.

I owed Miss Curtis some little sketch because she had gone to so much trouble to write out and explain the melodies.

It just might remain a sketch. I’ve been looking so long for something out of the ordinary and short for my next work.

Ferruccio Busoni did write the sketches in his Indian Journal of 1915 and the Indian Fantasy for Piano and Orchestra.