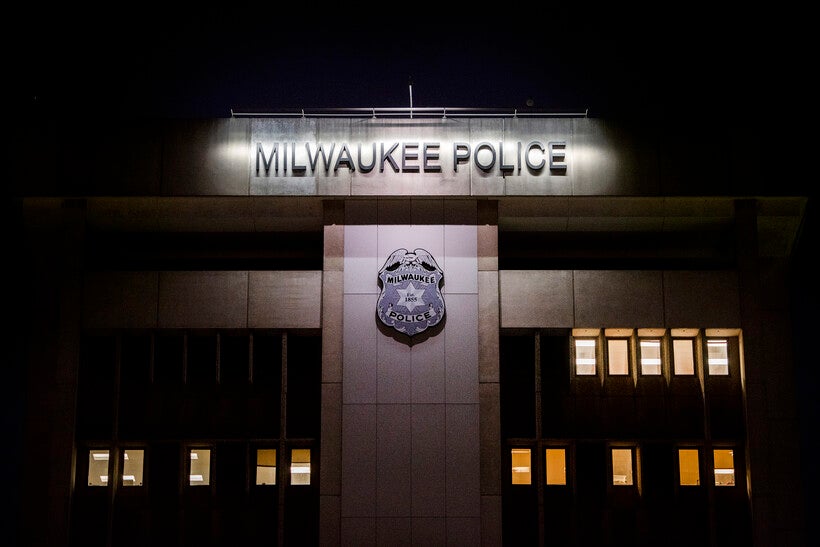 'I Never Thought My Family Would Be A Victim': Milwaukee Is Again On Pace To Break Yearly Homicide Record

Patricia Slaten texted her son Omar on the afternoon of Aug. 27 letting him know she wouldn’t need a ride.

He didn’t respond, but that wasn’t unusual for the 19-year-old.

Less than 20 minutes later, Patricia got a call from one of her other children. Omar had been shot. He was sitting in a parked car outside his sister’s house near North 40th Street and West Silver Spring Drive on Milwaukee’s north side.

Omar is one of the 127 people killed in Milwaukee so far this year.

Milwaukee Police haven’t solved Omar's case. Patricia said she believes it's random, saying her son "wasn’t involved in street life." He had just graduated from high school and was about to be a father.

Patricia, 56, said she has lived in the city for 52 years and has never experienced crime as bad as it is today.

"I ride across this city from point A to point B and see the yellow tape from the police, and it’s terrifying," she said. "I pray, pray, pray. I never thought my family would be a victim."

Milwaukee hit a record last year with 190 homicides, and is on pace to break it again. From Jan. 1 through Sept. 7, there have been 127 homicides in the city, according to the Milwaukee Police Department. About half the cases are solved.

Acting Police Chief Jeffrey Norman said detectives can’t keep up with the case load. In 2019, there were 97 homicides, 77 percent were solved, according to police.

Norman said he believes the murders and non-fatal shootings could be linked to the coronavirus pandemic and the exacerbation of economic woes — including housing instability and joblessness.

But, he also said people have just been unwilling to settle disputes without violence.

"When I see some of these issues about what the argument was about, it is actually mind-boggling to understand how this could lead someone to being shot, or fatally shot," Norman said.

Norman said there is not one part of the city that has been untouched by firearms or the lack of proper conflict resolution, and he believes the greater solution is larger than law enforcement.

Christopher Herrmann, a former crime analyst supervisor with the New York Police Department and an assistant professor at the John Jay College of Criminal Justice in New York, said people are continuing to struggle with mental health stressors, leading to higher crime rates.

"A lot of the COVID stressors impacted the poor and higher-percentage minority communities," Herrmann said. "So wherever problems were exasperated because of COVID, problems were worse for crime."

When Norman is out in the community, he says he talks to people who have hope, but who are also frustrated by the violence, the reckless driving and the feeling that there's a lack of accountability by elected officials.

"There is no easy one-size-fits-all answer," he said. "We will continue to work with community partners, but there is also a need for personal responsibility from everyone."