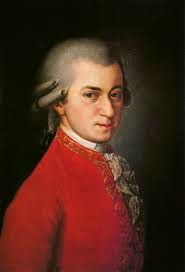 I Have No Time!

When Wolfgang Amadeus Mozart’s sister Nannerl chided him for not writing more often, he sent her a reply that explained where all his time had gone. He wrote on February 13, 1782:

Our father, when he has finished his duties in church, and you, when you’re through with your students, can do whatever you want for the rest of the day and write letters containing complete litanies. But not so with me. I described my routine to my father the other day and I’ll repeat it to you.

My hair is always done by six o’clock in the morning, and by seven I’m fully dressed. Then I compose until nine. From nine to one I give lessons. Then I have lunch unless I’m invited to some house where they have lunch at two or even three o’clock....I can never work before five or six o’clock in the evening, and even then I’m often kept from it by a concert. If I’m not kept from it, I compose until nine.

Then I go to my dear Constanze, although the joy of seeing each other is often ruined by her mother’s snide remarks. I’ll explain that in my next letter to my father because that’s the reason that I’m yearning to liberate her and rescue her as soon as possible.

At half past ten or eleven I come home–depending upon her mother’s darts and my ability to put up with them! Since I can’t rely upon being able to compose in the evening...I make a habit, especially if I get home early, to compose a little before I go to bed, but I often go on writing until one–and I’m up again at six.