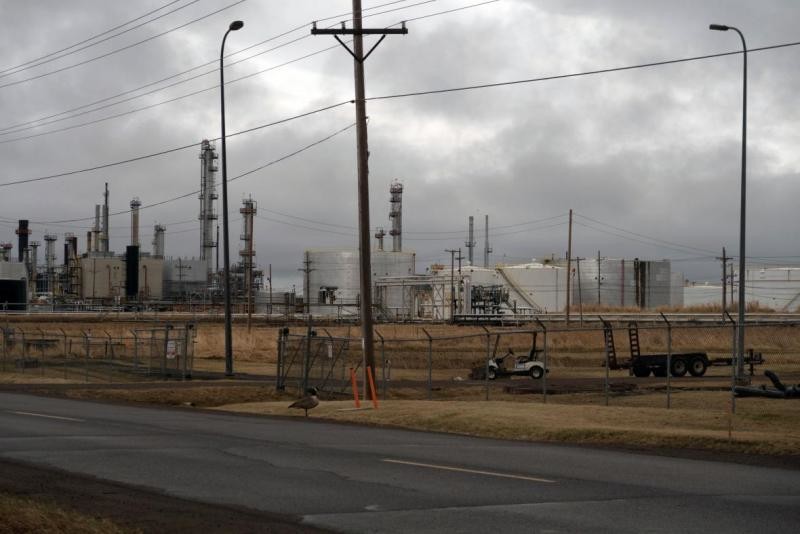 Propane Tank Damaged, But Husky Says There Was No Leak
By Danielle Kaeding
Share:

"While setting a propane tank into position, it rolled and a nozzle was damaged," said Husky spokeswoman Kim Guttormson in an email. "As a precaution, people working in that area of the refinery site were asked to leave. No propane was released and the tank has been safely relocated."

Superior Mayor Jim Paine said it was a minor accident and no emergency services were called to respond.

"It sounds like a truck may have backed into a propane tank," he said.

Paine said it was a small residential propane tank that holds around 1,000 pounds.

"There was no breech or fire or anything so there’s no emergency at the refinery – just some folks went home early," he said.

"They made the situation safe," said Huber. "Everything is back to normal operations."

It’s not immediately clear how many workers were working and how many were asked to leave the site. Around 600 workers have been supporting daily cleanup, recovery and maintenance at the site, according to Husky’s website. Husky’s Guttormson said there are fewer people working at the refinery on the weekend.

An explosion at the refinery in April caused multiple fires, prompted 36 people to seek medical care and resulted in an evacuation of city residents. The cause of the incident remains under investigation.