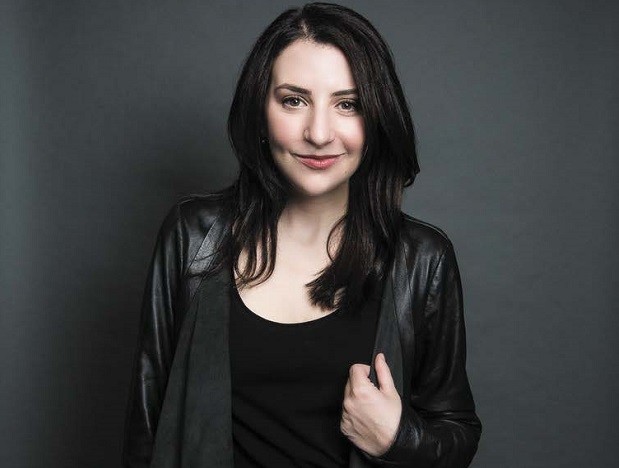 If you are unfamiliar with Dana Schwartz, there is a good chance you have probably come across and laughed at one of her tweets. The humorist, author and culture writer is also the woman behind the successful @GuyinyourMFA and @DystopianYA parody Twitter accounts.

Boasting a combined following of over 175,000, Schwartz confesses that even with that social media reach she considers those projects wrapped.

"I sort of now view (them) almost as a completed work. I don’t really go back and tweet from those accounts any more really because I am busy and I think I’ve drained those wells sufficiently," she said.

Coffee. Black like fresh tar on a city street, done hasty and rough by men with nothing to live for and everything to lose. pic.twitter.com/QW32nFby9v

You can still get a peek inside the head of one of the biggest millennial voices at her personal account even if Schwartz admits that Twitter is not her preferred platform.

"I also don’t view Twitter as my primary art form in the sense that I just like tweet whatever dumb idea pops into my head with no thoughts or editing," Schwartz told WPR’s BETA. "I almost get sad when people correct my tweets or want to read into them anything other than I was sad at 11:30 at night while I was in bed and eating dry cereal."

Pangolins are cute because they always look like they're about to hesitantly present some bad news to their sovereign lord. "Pardon me sire... my liege if I may.... the prisoners.... they've..... well, they've escaped." pic.twitter.com/gsUqLcACzr

Cavalier or not, her feed serves as a showcase for the 25-year-old "Entertainment Weekly" columnist. Schwartz’s content sits at the intersection of comedians, entertainers and cross-generational fans of her pop culture criticism.

Now, she has packaged that humor and wisdom (and even the origin stories of the aforementioned parody efforts) into a new memoir, "Choose Your Own Disaster." If you think mid-twenties is too young for a memoir, Schwartz would likely agree with you.

"It’s less like I wrote my memoirs at 25 — which makes me want to stab myself — and more like, these are just some essays of things that happened in my life from 21 to 23."

The book — described as "part-memoir, part-VERY long personality test" and structured playfully like those "Choose Your Own Adventure" novels — offers a refreshingly honest take on millennial life and addresses common anxieties that society often leaves in the dark.

"I don’t really think of it as I wrote my memoirs, plural. More just, I had stories from life that were funny and embarrassing and sometimes hard to write and talk about and I figure that if I could maybe share them, they would be relatable and help some people."

Schwartz also uses the book as a journey of self-discovery reflecting on her own choices as she unravels her true self from her idealized self, an all too common phenomenon among 20-somethings.

"Looking back at my early 20s, so much of the mistakes I made — the right and wrong decisions I made — was based less on the person I actually was and the person I wanted to be," Schwartz said. "People are choosing the version of themselves that they’re sort of trying to become in their early 20s and that influences their behavior."

In "Choose Your Own Disaster", Schwartz opens up about past relationships, depression, struggling with modern feminism and living up to the hype of the "rom-com woman" reflected in pop culture and society.

"One thing that made me sadder than anything in my early 20s was trying to be this perfect feminist empowered woman," she said. "It puts a lot of pressure on women to be super-human in a certain way: both vulnerable, but not pathetic and tough, but not off-putting. Trying to be that caricature of a woman made me really, really sad and exhausted."

Billed as "mostly true", Schwartz fills some of the conclusion options with apocryphal content, including her death. This also gives cover to her in case her parents stumble across a copy of her book.

"If my parents read this book, none of its true," Schwartz said. "I have plausible deniability."

Schwartz says that although her parents are incredibly supportive and have read everything she has written, she would forgive them for skipping over some passages in the book.

"If they want to take a pass on a few sex scenes or know my fetish proclivities, I think that’s probably healthy," she said. "Also, for people who love me and care about me, I think this book might make them a little sad and I don’t want my parents to be sad."

Even with all of the self-evaluation and discovery process of laying everything bare for her memoir, Schwartz knows she still has some life lessons ahead. She guesses that her "hopeless romantic" instinct will likely lead her into some bad choices.

"But, I’m young enough where I feel like I still have three or four years of bad decisions in me before I need to turn it around."