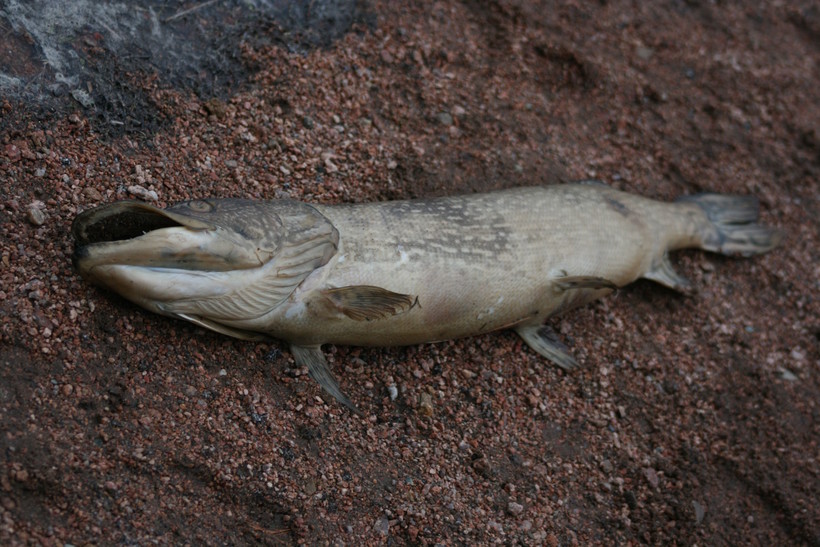 Central Wisconsin residents are bracing for another massive fish kill in the troubled Big Eau Pleine Reservoir near Mosinee.

Water quality tests in the Big Eau Pleine show little or no oxygen in much of the reservoir, according to Department of Natural Resources (DNR) Communications Specialist Ed Culhane.

"Pretty much everything in there - other than a small area right around the aerator - is showing basically no oxygen. It's bad news for the fish population. We're anticipating a large fish kill. We think it could be worse than 2009."

In 2009, an estimated 60 percent of the reservoir's fish were killed. Tim Garrigan, President of the Big Eau Pleine Citizens Organization, remembers a shoreline choked with their remains: "It was littered with four foot muskies, walleyes, every panfish you can name. It was very disturbing, just blanketed, terrible."

The environmental catastrophe led to a task force, which rebuilt an aerator to keep oxygen levels high. Garrigan is frustrated that it did not work.

"We're just kind of disappointed. We thought we were making great strides with the task force. I know everybody probably tried the best they could, but it just doesn't seem to be enough."

There may be no quick fixes for the Eau Pleine. The DNR's Ed Culhane says like many of America's lakes and reservoirs, the waterway is choked with phosphorous and farm runoff.

"That's what we're facing here. It's taken us 40 to 50 years to get into this mess. And it's not just us. This is nationwide. You're seeing these kinds of phosphorous based water quality problems."

Ironically, the Big Eau Pleine Reservoir was the site of a world ice fishing tournament just four weeks ago.