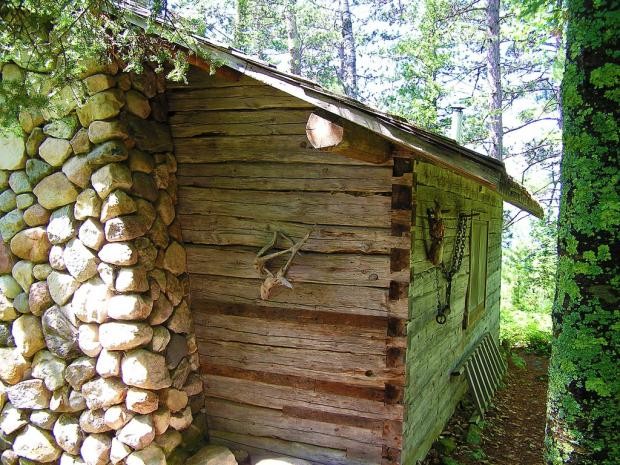 How A Wisconsin Upbringing Led To Sigurd Olson's Love Of Nature

In Wisconsin, the names Aldo Leopold and Gaylord Nelson often come up when people the state’s environmental legacy. But there’s one other name that doesn’t seem to be mentioned as often: Sigurd Olson.

Maybe that’s because Olson was born in Illinois and he spent much of his later life in Minnesota. But Olson's formative years were spent in the rural area of northern Wisconsin and there, he developed a passion for nature unrivaled by just about anyone else at the time.

Kristin Eggerling, author of “Breath of Wilderness: The Life of Sigurd Olson,” said that Olson discovered a spiritual connection with the outdoors.

From hunting and fishing,to lounging under the canopy of a tree, Olson spent every minute that he could outdoors. All he wanted to talk about with friends and family was nature and his experiences outdoors, she said.

“It got to be too much at times,” Eggerling said. “He just wouldn’t talk about anything else.”

After attending college in Wisconsin, Olson would move to Minnesota to pursue a teaching career. It was there he discovered the Quetico-Superior Country, better known as the Boundary Waters, a place that he would frequently travel to and give guided tours of. It was there that Olson really turned into an advocate for the environment.

“He always loved being outdoors, but when he saw the outdoors being threatened, he knew that his role was to stand up and do what he could to protect it,” Eggerling said.

One environmental fight Olson waged took place in 1923, when the local chamber of commerce announced plans to build roads that would connect all the lakes in the area and open them up for recreation. Thanks to some of the connections he made as a wilderness guide in the area, Olson defeated the plan. He’d later fight another plan that would have put dams throughout the Boundary Waters and flooded many of the islands there.

Olson also saw airplanes as a threat to the serenity of the Boundary Waters.

Olson subsequently launched an effort to ban planes from the Boundary Waters airspace, which was successful.

He also had significant impact on environmentalism on a federal level. His biggest achievement was to help draft the Wilderness Act of 1964, which gave federal protection to millions of acres of wilderness in the U.S.

Olson died in 1982. Eggerling said he was influential in inspiring the next generation of conservationists, both through his writing and his interactions with others.

“He had a way of connecting with people on such an emotional and personal level,” she said.