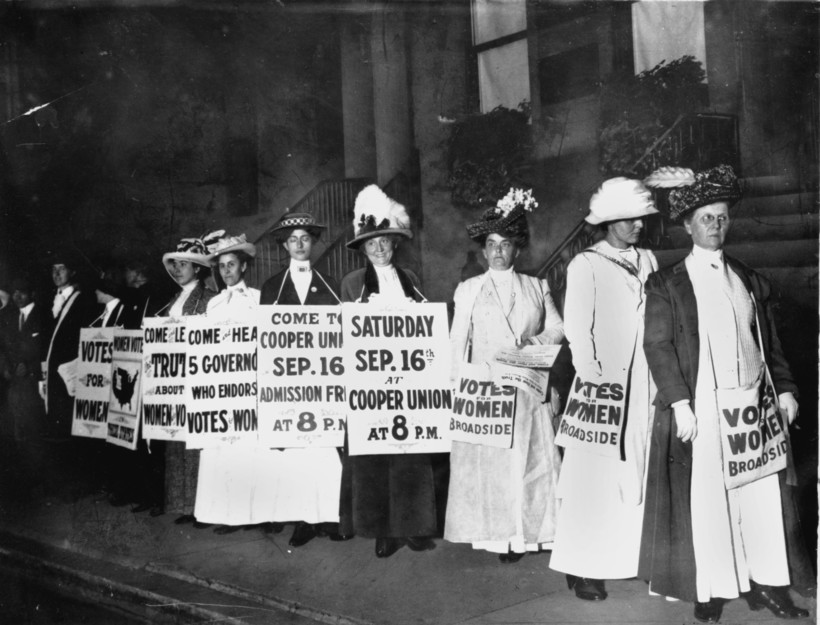 A line of women rally for women's suffrage and advertise a free rally discussing women's right to vote in New York, in Sept. 1916. AP Photo

How Wisconsin Became The First State To Ratify The 19th Amendment

A Historian Looks Back At Women's Suffrage In The State, 100 Years After Adoption Of Pivotal Amendment
By Elizabeth Dohms-Harter
Share:

It took some time for Wisconsin to get on board with women's suffrage, but when it did, the state made history.

But with the help of women's rights groups across the state and some prominent changemakers in Milwaukee, Wisconsin became the first state to ratify the 19th Amendment after Congress approved it on June 4, 1919.

It took until Aug. 18, 1920 for the 36th state, Tennessee, to ratify the amendment, which meant that there were enough states supporting its certification as part of the U.S. Constitution. This year marks the 100th anniversary of the amendment's adoption.

Illinois almost took Wisconsin's historic claim as the first state to ratify the amendment, said Genevieve McBride, professor emerita of history at the University of Wisconsin-Milwaukee.

In 1919, Wisconsin activist Theodora Winton Youmans was in Washington, D.C. when Congress finally passed the suffrage bill. She raced back to Wisconsin and helped draft the necessary ratification document that would go to the state Legislature. Three legislatures across the nation were still in session at that time in Wisconsin, Illinois and Michigan.

Illinois' Legislature didn't debate the bill, with legislators passing it right away on June 10. The men in Wisconsin's state Legislature did debate it, and eventually passed the bill. But upon arrival in Washington, D.C., it became clear that Illinois' document was illegitimate because of incorrect language. The bill was sent back.

Meanwhile, Wisconsin's document was handed to Ada James, a suffragist from Richland Center whose father, David James, was a state senator. Ada James filled a bag of clothes for her father and sent him off to Washington, D.C., where he submitted the ratification papers.

Youmans finally got word that Wisconsin had been the first to ratify the amendment, and she announced it to women across the state in her syndicated newspaper column.

The news was significant to women in Wisconsin, a state that until then was seen as behind the times on women's rights. Already in 1916, other states had granted millions of women the right to vote in the presidential election.

McBride said that the U.S. Constitution did not mention gender when outlining the rights of citizens until the 14th and 15th Amendments, which specified that Black men would have citizenship and voting rights. That prompted women such as Elizabeth Cady Stanton and Susan B. Anthony to establish organizations that would work toward voting rights.

"They said, 'We're going to have to do this on our own,'" McBride said.

Cady Stanton and Anthony visited Milwaukee in 1869 at the invitation of several prominent women for a statewide convention. Out of that convention, the Wisconsin Woman Suffrage Association was founded and chapters began to surface across the state.

By the 1880s, women in Wisconsin were given the right to vote for school matters via a referendum, though that later became embroiled in legal technicalities.

McBride said there were clear differences in the ways that women challenged the status quo between the 19th and 20th centuries. Earlier on, women argued on the basis of justice, calling the right to vote a principle that should be upheld, because nothing written in the Constitution precluded them from participating.

But faith in the court system to see the merits of that argument proved fruitless for the women, who eventually took to the streets and adopted a more politically savvy campaign that included parades, street-corner speeches, costumes and marches.

"And that picked up steam," she said.

Wisconsin's Role In The Fight For Women's Suffrage 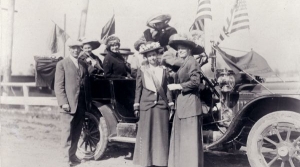 Women won the right to vote 100 years ago. We talk with a historian about the significant role that the state of Wisconsin and its residents played in that victory.