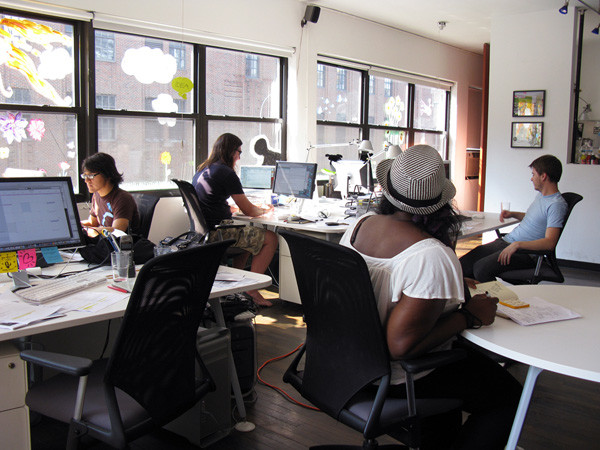 How Single And Married Co-Workers Are Treated Differently

Social Scientist: Some Workplaces Are Becoming More Attuned To Issues Facing Single People, But There Is Still Room For Growth
By Judith Siers-Poisson
Share:

Social scientist Bella DePaulo said there's a workplace division that needs to be examined — how single workers are treated in comparison to their married colleagues.

"Often it’s the married workers who are more valuable, and whose needs and wishes are considered more important," DePaulo said. "So if they want to take time off, or leave early, or not have to come in for the holidays, or not have to take the travel for the weekends, they are more likely to get the nod than single people are in many workplaces, even though workplaces should be about work."

DePaulo, the author of "Singled Out: How Singles Are Stereotyped, Stigmatized, and Ignored, and Still Live Happily Ever After," said assumptions are often made about the needs and desires of single employees that are based solely on marital status, not on their individual lives, or on actual data.

One high-profile example she cites is the reaction of then-Pennsylvania Gov. Ed Rendell when Janet Napolitano received the nomination for Secretary of Homeland Security in 2008.

"Janet’s perfect for the job. Because for that job, you have to have no life. Janet has no family. Perfect. She can devote, literally, 19, 20 hours a day to it," Rendell said.

But DePaulo said research shows that often single people have just as many commitments and responsibilities as married people. Single people also have higher rates of community engagement through volunteering than their married counterparts in all areas except places of worship.

And she added, they tend to maintain larger and more robust social networks. And she said that longitudinal studies of single and married people prove that to be the case.

"Couples who move in together or get married become more insular. So they pay less attention to their friends and their parents," DePaulo said. "So it’s just the opposite of the stereotype that single people are isolated and lonely, when actually, they’re the ones nurturing their connections."

While historically, married men were paid more than married women because they were assumed to be the breadwinners of the family, DePaulo said, a similar dynamic is at play today between women.

She said that earnings for single women over the course of a career are lower than for a married woman, and that may be because of an assumption that the single person has "just herself" to support.

"Well, single people, especially if they’re living alone, they have only their own income to depend on. So if they get laid off or if their hours are cut back, they don’t have a spouse who can then pick up the slack," she said. "And they don’t have a spouse that they can then say, 'Well, I’ll go on my spouse’s health care plan.' They’re really more financially fragile in the fact that it’s just them — there’s not a fallback on opportunity."

The Family and Medical Leave Act has been in place since 1993 and requires many employees with job protection and unpaid leave for qualified medical and family reasons, which includes care of a spouse, but not a loved one who is not related by marriage or parenthood.

"But I, as a single person, I can’t take time off to care for someone important to me, like a close friend or a sibling. And no such person can take time off, under the act to care for me," DePaulo said.

Even with the many examples DePaulo cites of the workplace inequities between single and married colleagues, she does see some positive signs.

"There are bosses and workplaces that are becoming more attuned to these issues. Which of course they should be because the number of people who are single (has) been growing for decades," DePaulo said.

"Every time the census bureau releases a new report, it shows that there are more single people. And even if you count people who get married, Americans spend more years of their adult lives not married than married. So this is an issue that should be becoming increasingly salient and important and something that’s attended to in the workplaces."