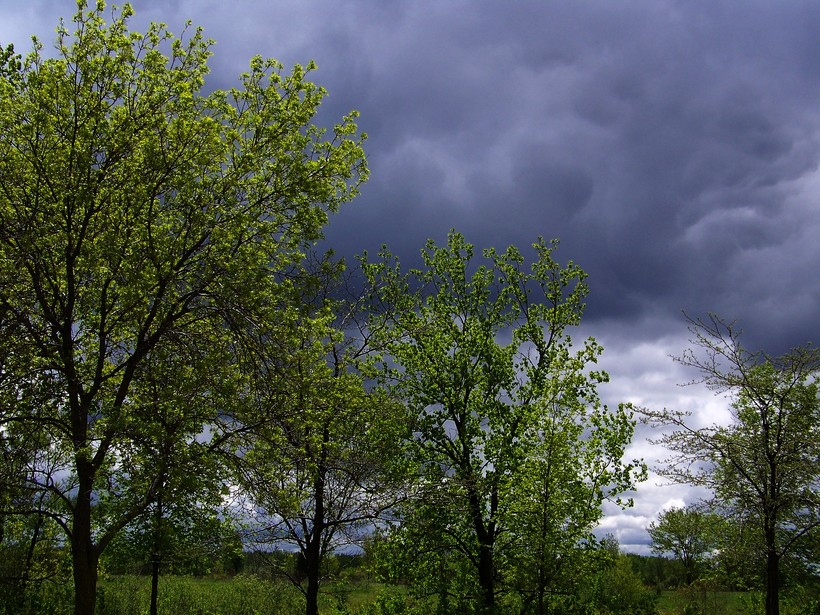 How to prepare for severe weather, like the storms that covered the state Wednesday night

Thunderstorms, tornadoes and other severe weather events are a common occurrence in Wisconsin. A representative of the state’s emergency management office said Wisconsinites should be prepared for severe weather at any time of the year.

Wisconsin has experienced a spate of severe weather this week, including tornado touchdowns near Tomah and Mauston. More than 100,000 utility customers were without power Wednesday night as storms moved across the state, with high winds taking down trees and power lines and damaging buildings. On Tuesday and Wednesday, significant portions of the state were under a heat advisory.

Andrew Beckett, Wisconsin Emergency Management’s public information officer, said while storms and tornadoes are more common during the summer months, they can happen at any time of year.

"We have had severe thunderstorms and tornadoes in December," Beckett said. "The most important thing with storms is they're unpredictable … it is really hard to say how often they're going to occur."

According to the National Weather Service, Wisconsin experienced 41 tornadoes last year. Peak tornado season in the state is May through August, with the greatest number of tornadoes happening in June.

Climate change has driven an increase in extreme weather around the world in recent years. Scientists expect continued change will exacerbate the frequency of those events.

"We want people to have multiple ways to receive alerts, just in case one of the systems they rely on fails," Beckett said.

Beckett said another way to prepare is by identifying shelter locations.

"For many people in Wisconsin, they have a basement, and a basement is really the safest place to go if you have severe thunderstorms or tornadoes in the area that might produce high wind and then throw debris around in the air," Beckett said.

If a basement isn’t available, a ground floor interior room is the next best option, he said.

“You really want to make sure you're putting as much distance between you and the outside as possible,” Beckett said.

For people driving when a tornado hits, Beckett said the safest thing to do is to get out of the vehicle and into a ditch or another low location.

"You can't really outrun a tornado,” Beckett said. "It's not necessarily the wind, it's the debris that hurts you when a tornado happens."

He said highway underpasses are not safe in tornado conditions.

“Those actually create a wind tunnel, and debris will collect under those,” Beckett said.

People engaging in outdoor activities should take care to identify nearby shelters, he said.

“There's really not a safe place to be outdoors,” Beckett said. “That's why it's so important to remember to be weather aware, and to make sure that you have an idea of what the weather forecast for that day looks like.”

Regardless of location, Beckett said people should have emergency kits prepared for after a storm hits. In a press release Wednesday, the Rock County Sheriff’s Office suggested including items such as flashlights, batteries, clothing and non-perishable food and water in a stock of emergency supplies.

"Even if a storm doesn't develop, and you know, you changed your plans, because of what the forecast was saying, and you might feel disappointed about that, you need to think about the fact that what if something did happen?" Beckett said. "It is important to take advisories, to take warnings seriously in order to make sure that you and those around you stay safe."