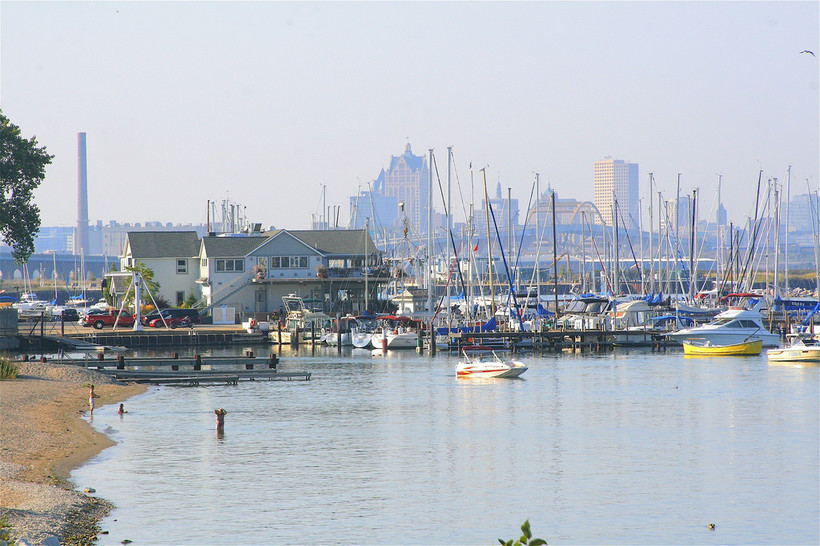 4 Beaches Across State Under Advisory
By Corrinne Hess
Share:

Before sticking a toe in your local lake to find out if the water is warm enough to venture in, beachgoers in Wisconsin might want to find out if it’s clean enough.

The closure was lifted Friday, but the beach remains under advisory.

July Fourth was the first closure of the year in Milwaukee County.

Statewide and as of Monday afternoon three beaches — Robert E. LaSalle Park, Jackson Harbor Ridges and Fish Creek Beach, all in Door County — were closed, although not for high levels of bacteria. Robert E. LaSalle Park and Jackson Harbor Ridges were closed because of high water, and Fish Creek Beach was closed due to construction.

Advisories have been issued for four beaches: South Shore Beach in Milwaukee, Wisconsin Point Shafer Beach in Douglas County, Lake Emily in Portage County and the Village of Butte des Morts boat landing in Winnebago County. The reasons for the closures weren't listed. Beaches can be closed for a number of reasons, including high levels of bacteria, high levels of rain or preemptive reasons.

Several beaches have closed because of E. coli levels this summer.  Daily lake health updates can be found at www.wibeaches.us. E.Coli reports are also available going back to 2013. There are dozens of beaches that are either not monitored or did not have data available.

Guidelines released in 2012 by the U.S. Environmental Protection Agency determined testing water for E. coli was a better indicator for fecal contamination than methods previously used. Fecal contamination in recreational waters is associated with an increased risk of gastrointestinal illness and less often identified respiratory illness.

Those same EPA guidelines also established how many colony-forming units were safe for humans.

There are many reasons for elevated levels of bacteria, including feces from birds and dogs in the water to storm water run-off after heavy rains. Tomaro said if there is more than 1 inch of rain in a 24-hour period, it typically triggers an advisory, because there is enough run-off to elevate bacteria levels.

When there is an advisory, young children and people with compromised immune systems should consider staying out of the water, Tomaro said. Healthy adults can still swim, but should wash their hands before eating and should take a shower after getting out of the water.

As far as future problems at South Shore Beach in Milwaukee, they are likely to continue, Tomaro said.

"The beach sits behind a break wall and decreased water circulation behind the wall is considered to be a likely contributing factor to water quality problems," Tomaro said. "There have been multiple studies done to look at the factors and plans have been looked at for potentially moving the beach to the south outside of the break wall."

Ian Everett, a spokesman with Milwaukee County Parks, said there is a study looking at a few options to move the beach. Consultants are expected to complete their study this year, Everett said.

Related Links:
WisContext: Why Wisconsin Goes To The Effort Of Monitoring Beach Quality