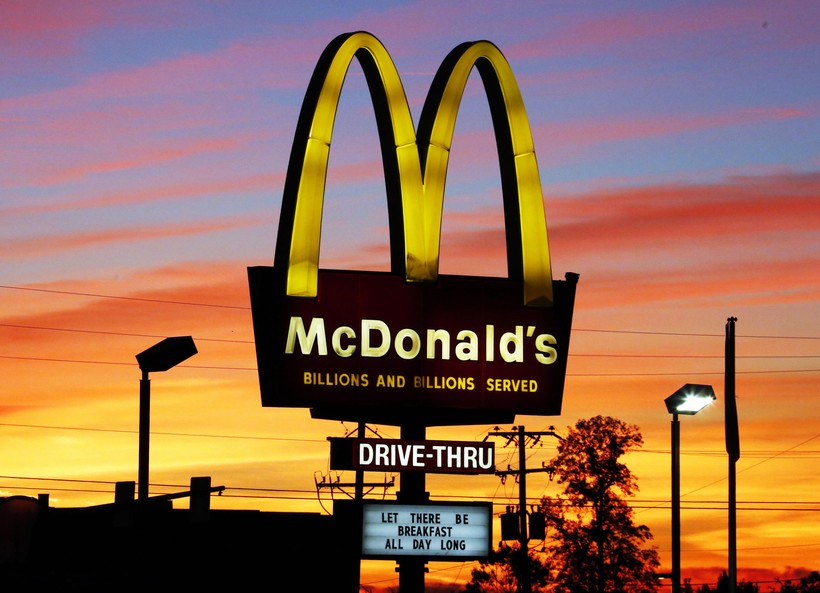 Mid-1960s Paved The Way For Proliferation Of Fast Food Chains In US Cities
By J. Carlisle Larsen
Share:

Since the first McDonald's or Burger King, the fast food industry has grown into one of the most profitable industries in the United States and abroad. Fast food restaurants made nearly $200 billion in 2014 in the U.S. alone, according to Statista.

Part of the massive proliferation of fast food restaurants in the country can be chalked up to the simple economics of supply and demand. But in "Super Sizing Urban American: How Inner Cities Got Fast Food With Government Help," professor Chin Jou writes that government intervention in the 1960s helped bring a glut of fast food restaurants to urban locations and could have had long-term public health implications.

Riots in cities such as Newark, New Jersey, and Detroit, Michigan, and more threw into sharp relief simmering racial tensions and a lack of economic opportunities in racially divided cities.

Following the Watts Riots in Los Angeles, President Lyndon B. Johnson assembled a group of federal officials to investigate some of the root causes of the riots, including the economic factors that had a hand in the turmoil.

"The Johnson administration has this new sense of urgency about the need to economically develop African-American communities," Jou said.

Johnson had a keen interest in reducing poverty throughout the country and his "War on Poverty" became one of the hallmark initiatives of his administration.

One of the government officials that made the trek to Los Angeles and Oakland, California, was Eugene Foley of the U.S. Small Business Administration,or SBA.

Foley was one of the first people in the Johnson administration to recommend economic initiatives, such as creating stable, long-term jobs, to reduce racial tensions in urban areas. Though now this may seem to be a simplistic approach to addressing systemic issues facing non-white communities, at the time it was seen as a step in the right direction.

With the Nixon administration came the development of the Office of Minority Business Enterprise, now the Minority Business Development Agency. Jou said this office along with initiatives in other government agencies, such as the U.S. Department of Housing and Urban Development, helped usher in new economic programs to benefit minority communities.

Jou also pointed out that as early as 1964, fast food restaurants were approaching the federal government for assistance with their minority enterprise initiatives. It was the combination of many different factors, including the government offering help to fast food companies, that helped set the stage for fast food companies to attract minority franchise owners and stake a claim in underserved locations.

"Before the late 1960s, inner-city communities were without these familiar fast food chains," Jou said. "And now what we see is a transformation of the urban food landscape."

But the introduction of these fast food chains in minority communities has been a double-edged sword. For some franchise owners, being able to own and operate their own business with the brand and blessing of McDonald's, for example, provided a fast-track for upward mobility. But there have been criticisms that the introduction of inexpensive, fast food chains in low-income, majority-minority areas have potentially played a negative role in the public health of these communities, notably with rising rates of obesity.

Obesity is a multifaceted issue and can't be blamed on one specific circumstance. However, studies have shown low-income communities typically have higher rates of obesity, and this is especially true when researchers have looked at the growing rates of childhood obesity. While fast food may not be the only culprit, some municipal governments have taken steps to bring more fresh food options into these underserved communities with the hopes of turning around the obesity crisis.