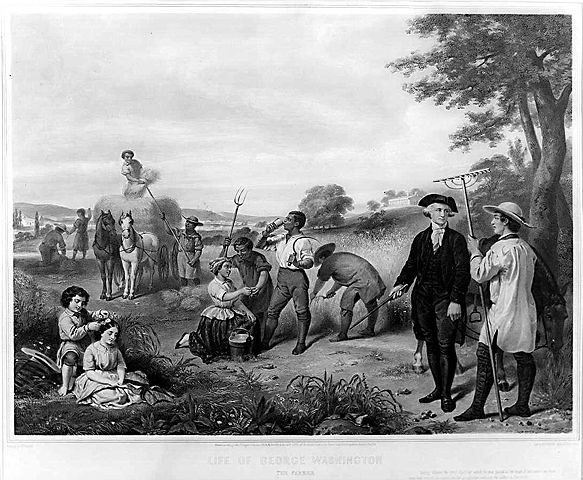 How Exactly Did Jefferson, Washington Feel About Slavery?

When the topic of slavery in the U.S.  comes up, thoughts often go to the Civil War. But the issue was also of great importance to the nation's Founding Fathers as they drafted the Declaration of Independence nearly a century earlier.

Consider Thomas Jefferson, one of the people most closely linked to drafting of the Declaration of Independence.

“Jefferson loathed the idea of slavery,” said Thomas Fleming, a historian and historical novelist with a special interest in the American Revolution. “He made that so clear in the Declaration of Independence. He accused the (English) king of trying to destroy the U.S. by introducing slavery to America.”

Fleming explained that even though the principal author of the Declaration of Independence hated slavery, it remained legal in the U.S. because “when it came to the actual reality of slavery, (Jefferson) had a pseudo-science attitude ... that convinced him that blacks were inferior to whites, and that they could never be freed because they had so much resentment because of slavery.”

So, while Jefferson was publicly opposed to the institution, Fleming said his private views made him averse to the idea of abolition.

“He was basically secretly opposed to ever freeing the slaves,” he said. “And this attitude was communicated, under the table you might say, to an awful lot of people in the South.”

George Washington’s attitudes were similarly complex and seemingly contradictory, he said. In Fleming's most recent book, “A Disease in the Public Mind: A New Understanding of Why We Fought the Civil War,” the historian titles a chapter on Washington, “The Forgotten Emancipator.”

Washington was heavily influenced on the issue by the thinking of Marquis de Lafayette, a Revolutionary War hero and practically an adopted son of Washington’s. Fleming said that Lafayette convinced Washington that slavery was “immoral and detestable, and could not be tolerated in a republic.”

Washington came close to freeing his own slaves at Mount Vernon and to speaking out strongly to encourage the rest of the nation to do the same.

But in both cases, practical reasons trumped ideological ones.

At home, Washington wrote his will so that the slaves that he owned would be freed upon the death of his wife Martha, and that they would be both educated and cared for. Fleming speculated that if Washington had outlived Martha, he would have freed them immediately, but because many of his slaves had intermarried with Martha’s, he did not want any hardship to fall on her. She didn't have the authority to free her own slaves, whom she had inherited from her first husband.

Ultimately, Washington was convinced that calling publicly for the end of slavery would possibly tear the new country apart -- a risk that the first president was not prepared to take.