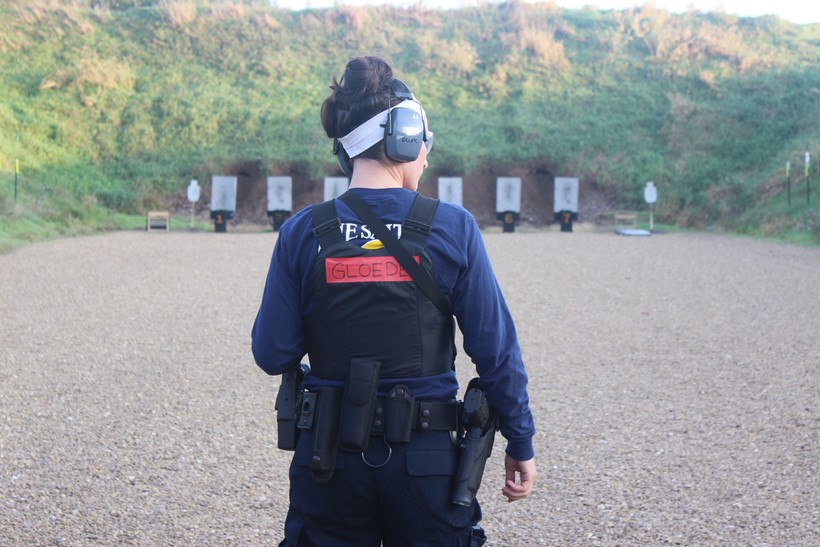 How Do Madison Police Recruits Learn How To Use Force?

At A Time When Police Are Heavily Scrutinized, Force Is Challenging To Learn, Teach
By Bridgit Bowden
Share:

At a time when officer-involved shootings across the nation, and here in Wisconsin, have drawn public scrutiny, the use of force is one of the most difficult things for police recruits to learn and for training staff to teach.

Before the Madison Police Department Training Academy, recruit Jessica Gillette had never fired a gun. On the first day of firearms class, she said she was "extremely nervous."

"The thing that I was most nervous about was how the gun was going to react," she said. "And the sound, I was really sensitive to the sound and the smells."

For Gillette, firearms and defense and arrest tactics (DAAT) have been the most difficult parts of the academy. She often comes to the academy early or stays late to get extra practice.

"You want some of those motions, and you know, all the different steps that we do to handle the different shots to come automatic, and then to rely on your training and to not have to think about it," she said.

In the academy, the recruits go through all sorts of scenarios using firearms, Tasers and even their hands. The hope is that when they're confronted with a situation while on patrol, they'll react using muscle memory.

"It's really tough to teach someone split-second decision making," said Chris Masterson, lead DAAT instructor. "It's really hard. So, they have to experience a lot of different things to really get there."

First, lessons start in the classroom. In one exercise, the recruits watched a few videos of police using force. Then, they voted on whether they think the use of force was justified. Sometimes they all agreed. Sometimes they were split evenly. Sometimes, it was one against the rest. It's a good starting point for people just learning these concepts, Masterson said.

"It makes for a good conversation, I guess, for the class," Masterson said. "Because, again, you start to hear people say, 'No, that's bad,' 'No, that's good.'"

Sgt. Tim Patton is the department's lead recruiter. He said many recruits come in expecting to learn exactly when it's acceptable to use force and when it's not. But, he said it's more subjective than that.

The legal standard for deadly force comes from the 1989 U.S. Supreme Court Decision Graham v. Connor. It established officers can use force when it's objectively reasonable based on the totality of the circumstances. Patton said that's really difficult to teach because it relies on individual officers' perceptions. "What we see (is) if two human beings will look at the exact same situation, and one will say, 'Yes, I believe that was imminent danger,' and another one will say, 'No,'" Patton said. "And so that is the challenges of training."

These concepts aren't new for all of the recruits. There are seven former law enforcement officers in the class.

Before Nick Cleary came to the academy, he was an officer in Fitchburg. He said experience helps navigate these lessons.

"So that gray area never necessarily go(es) away, but you might understand with experience with that gray area to shrink it eventually and make it easier to make a choice," Cleary said.

Since 2012, MPD has had eight officer-involved shootings. In the wake the killings of Paul Heenan and Tony Robinson by Madison officers, the department has come under scrutiny for its use of force. Patton said that's why it's important the community understand how officers are trained.

"We have to be able to better learn from our mistakes so that individual officers and an agency can improve its response to situations," Patton said. "And we have to have better conversations to be able to move more quickly when we see something that the community finds unacceptable."