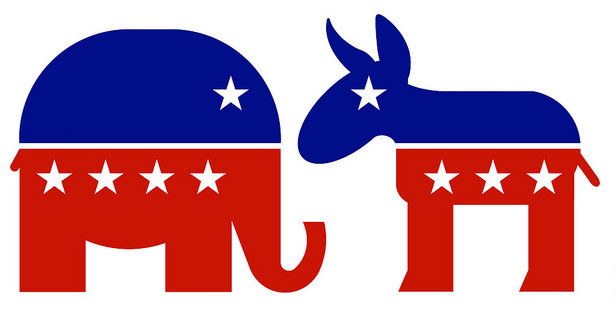 How Did The US Political Parties Get Their Mascots?

The donkey and the elephant have been the long-serving animal mascots of the United States' two major political parties, but how did the animals become such iconic symbols of American democracy?

The Democrats' donkey is the older of the two symbols, said historian Ken Davis, author of "Don't Know Much About History: Everything You Need to Know About American History but Never Learned." The donkey emerged in 1828 as a kind of insult towards the famously stubborn Democrat Andrew Jackson.

"Andrew Jackson was called a jackass. But he kind of liked it and adopted 'Jackass Jackson' as a name," Davis said. "He was quite comfortable with that idea. And it was not long before the donkey became established as the symbol of the Democratic Party."

"The idea of the elephant was actually discussed at that time, but the image didn't really come about until the 1870s," Davis said. "And it's really Thomas Nast, the famous American political cartoonist who really firms up both of these images in his cartoons, and they become completely linked with the two separate parties by that point."

The elephant rose to prominence thanks, in part, to a widely used expression during the Civil War led by President Abraham Lincoln, a Republican. Soldiers entering battle were said to be "seeing the elephant."

But it was Nast who really created the first and lasting versions of both animal mascots. The political cartoonist, a Republican himself, skewered the Democratic political machine known as Tammany Hall centered in New York. But it was Nast's early drawings of Santa Claus and Uncle Sam that really catapulted him to fame.

For the most part, both major parties have continued to stick with their mascots. However, Davis said there was the time that someone tried to re-brand the Democratic Party with a fox, but that never stuck.