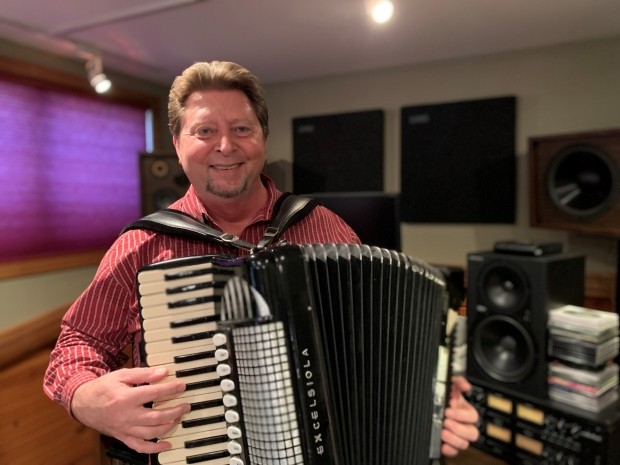 How Did Polka Become A Dance And Tradition? You Betcha We Have An Answer!

A Peek At Wisconsin's Love Affair With Polka From A Hall Of Famer
By Brad Kolberg
Share:

Wisconsin seems to have a pretty good sense of humor about its clichés.

Beer? Brats? Cheese? The Packers? Bring it on.

And if we’re making a list, let’s add polka!

A question came in from Josie, an elementary school student in Mineral Point, who asked, "How did the polka become a dance and a tradition?"

So WPR's WHYsconsin followed up with her and asked her what had her curious.

Her reply? "Because I know the polka is important to Wisconsin because it is the state dance, and I want to know a little more about it."

Well, Josie, we’re curious now, too. And when you’re in Wisconsin and have questions about polka, Steve Meisner is a good guy to ask.

He and his father Verne Meisner are both Wisconsin and International Polka Association hall of famers. He and his band are fixtures at festivals and beer halls all over the state and region. 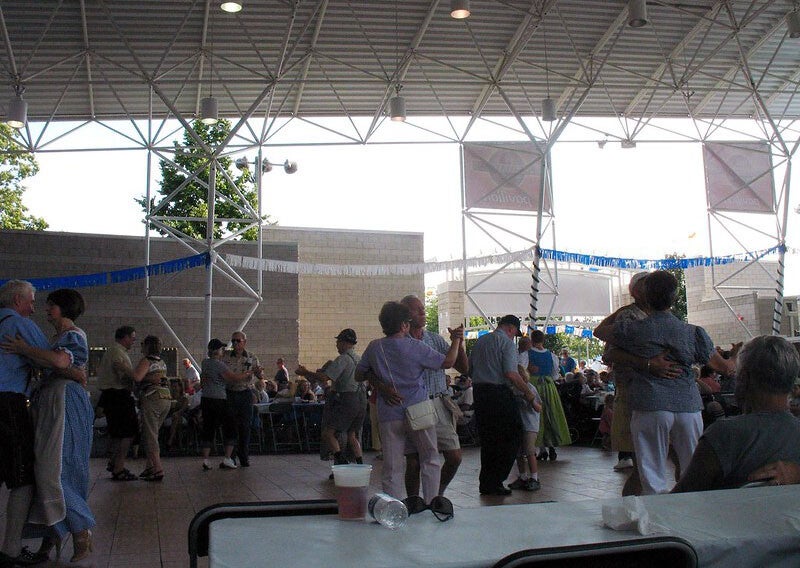 Meisner said polka music started in Bohemia, the westernmost historical region of what is now known as the Czech Republic. And the dance followed soon after.

"So that was spread throughout Europe, and that was — in its day — like rock 'n' roll," he said.

As the style spread from Bohemia, through the Czech Republic, Poland, Germany, Switzerland and Austria, variants started to develop. Meisner said the Dutchman, Tyrolian, Polish, German and Slovenian styles are all unique within the larger genre of polka.

And it all ended up in Wisconsin.

"It’s woven into the fabric of our lives in this state," Meisner said. "It’s really in Wisconsin because of the rich European heritages that are in Wisconsin."

In other words, immigrants brought polka with them when they settled in Wisconsin, and it’s been here ever since.

When Meisner straps on his accordion, he plays an American Slovenian style of polka, which he said is the most popular style in Wisconsin and encourages a type of dance called the Polish Hop.

"If you go to see Dutchman and Czech bands, you’ll see more of the older folks doing, like, the two-step foxtrot, versus the raucous Polish Hop style, which you’ll get more with the Slovenian style and the Polish style," he said.

So, what’s the learning curve on the whole dancing part then? Is it OK to just get out there and sort of jump around?

"Let me just say that a lot of the people who want to learn, that weren’t raised with it, learn! You know? But for the average person, they just get out there and jump around," Meisner said.

Is a polka legend like Meisner OK with that?

"The greatest thing about polka music is it’s forgiving. You know, like even my grandkids, I mean, as soon as they hear the music, they just start to get a little bouncing going," he said. "And they just wanna get out there and do it."

So just how important does Meisner believe polka is to folks in Wisconsin?

"It’s very important to them," he said. "We have regular places that we play at all the time ... like the Hiawatha Bar over in Sturtevant, and it’s a part of their lives every month. If they miss a dance, they feel bad!"

"I’ve had generations of college students come out to Madison and say, 'We came back for a reunion; do you remember us from 10 years ago? We danced here all the time, and we were here every time you played here!'"

Then Meisner said with a wink and a laugh, "And I’m like, 'Yeah, sure, I remember you guys."

How does it feel for Meisner to be a second-generation Wisconsin Polka Hall of Fame and International Polka Association Hall of Fame recipient?

"It really is an honor," he said. "Because I’m hangin’ right there with my dad of course, and Frank Yankovic, and you know it’s been a part of my life my whole life, you know? So I mean, truly, it’s an honor."