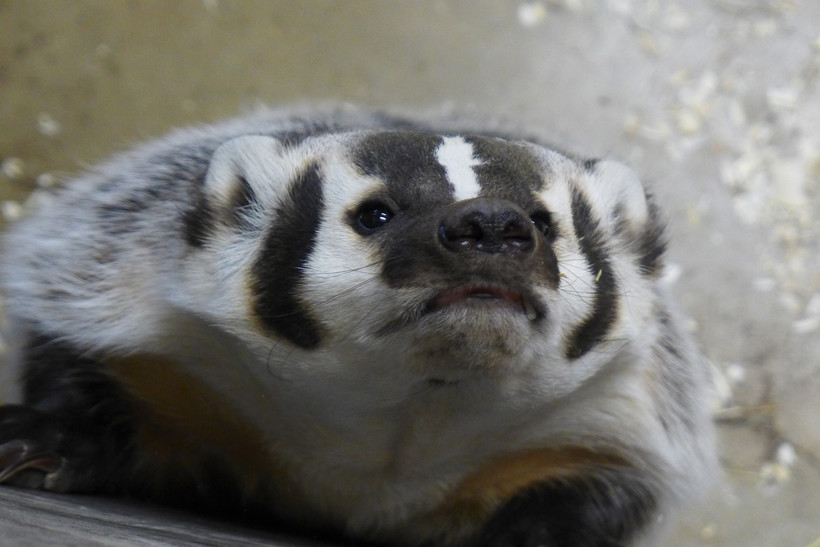 How the badger burrowed into Wisconsin's identity

A history of mining sparked an association with a cute but ferocious mammal
By John K. Wilson
Share:

Why is the badger Wisconsin's state animal?

As a symbol, badgers are ubiquitous in the state. There's a badger on the flag. It's the mascot of the state's biggest university. And back in 1957, lawmakers put the badger into state law as Wisconsin's official animal.

But badgers live in plenty of states and, as far as wildlife goes, they're pretty rare. You don't see badgers running around Wisconsin willy nilly like squirrels. So what's the deal?

To get some answers, I figured why not start by going straight to the source.

Bucky (not to be confused with the sweater-wearing caricature of the same name who peps up crowds at University of Wisconsin-Madison sporting events) is the resident education badger at the Henry Vilas Zoo. He goes on field trips and teaches kids about nature, so it seemed likely he could have some answers.

On a recent Sunday morning, Bucky was in his zoo enclosure chomping on a hard-boiled egg.

At the sight of visitors, he scampered around, scratched at the door and chewed on his squeaky rubber bone.

But he didn't have a thing to say about his status as the state animal. Cute but not a talker. Clearly, the situation called for someone with some more specialized knowledge.

Luckily, Jim Leary, a UW-Madison emeritus professor of folklore and Scandinavian studies, was able to shed some light on the subject. He explained the state's association with badgers goes back to the early 1800s when settlers were mining for lead in southwest Wisconsin.

"In lead mining, there were little holes that people started to dig in and sometimes abandon. And they were sometimes called badger holes," Leary said. "The prevailing story is that the early settlers actually lived in these holes and caves … and that's where the name came from."

More recent historical investigation has shown that miners probably never actually resided in their badger holes, Leary said, but by the 1830s or 1840s, the name had started to stick.

Even while the name wasn't always used with a positive connotation — Leary points to a slang phrase book from the early part of century that defined badgers as murderous thieves — Wisconsinites took it as a point of pride.

"People can take on insulting terms and say 'So what? I'm going to own this title,' and then you change the joke and slip the yoke, so to speak," Leary said.

So, to boil it down, the badger is Wisconsin's state animal because, 200 years ago, people here went digging for lead, and actual badgers also dig holes?

That's a fact that, back at the zoo, conservation education curator Jess Thompson could confirm.

"He is a great digger. He's got those really long front claws that are fantastic at digging burrows really quickly," Thompson said.

And she had plenty of other good facts about real badgers like Bucky and his cousins in the wild too:

But aside from hunting prowess and a shared history of digging, is there something about badgers that makes them a good symbol for Wisconsin?

"Definitely. Yeah. These guys are so resourceful. And they're known for being tough and being able to make it through a lot of different circumstances," Thomson said. "A lot of great qualities."

This story is part of Wisconsin Life and WPR's WHYsconsin project. What have you always wondered about Wisconsin, its people or its culture that you want WHYsconsin to look into? You ask the questions, and we find the answers!