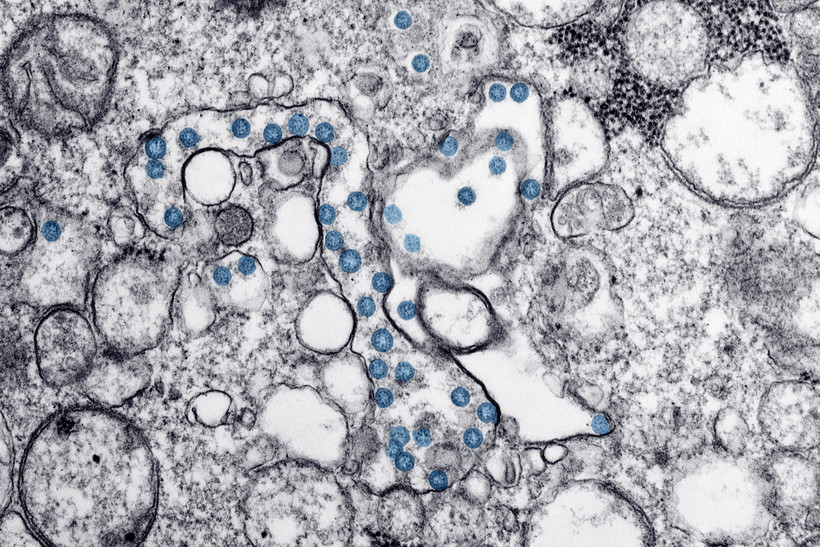 This 2020 electron microscope image made available by the U.S. Centers for Disease Control and Prevention shows the spherical particles of the new coronavirus, colorized blue, from the first U.S. case of COVID-19. Hannah A. Bullock, Azaibi Tamin/CDC via AP

Aurora St. Luke, UW Hospital Are Part Of Nationwide Clinical Trial To Determine If Antibodies From Recovered Coronavirus Patient Can Help Others
By Shamane Mills
Share:

The results aren't known yet but an experimental treatment giving severely ill patients antibodies from those who have recovered from COVID-19 has begun at hospitals in Milwaukee and Madison.

Aurora St. Luke's Medical Center in Milwaukee on Friday transfused plasma from a patient who is no longer sick with coronavirus into someone actively trying to fight the ailment. That critically ill patient was in stable condition as of Monday afternoon. A second dose of convalescent plasma will be given later this week, said Dr. Ajay Sahajpal, who was part of a team at St. Luke’s that administered the transfusion.

Over the weekend, University of Wisconsin Hospital in Madison transferred convalescent plasma donated by a 75-year-old Dane County man who had only mild symptoms from COVID-19.

"We were very fortunate," said Gary Dalgaard, who lives in Sun Prairie with his spouse Gretchann. "I had a few days of feeling generally lousy, had the runniest nose on the planet and a little bit of a fever. My wife had more of a fever than I did — she had it for a couple of weeks," said Dalgaard.

Both tested positive in early March after Gretchann's friend returned from Seattle, where the first United States case of coronavirus was detected. Wisconsin's first case was detected Feb. 5 in Dane County. 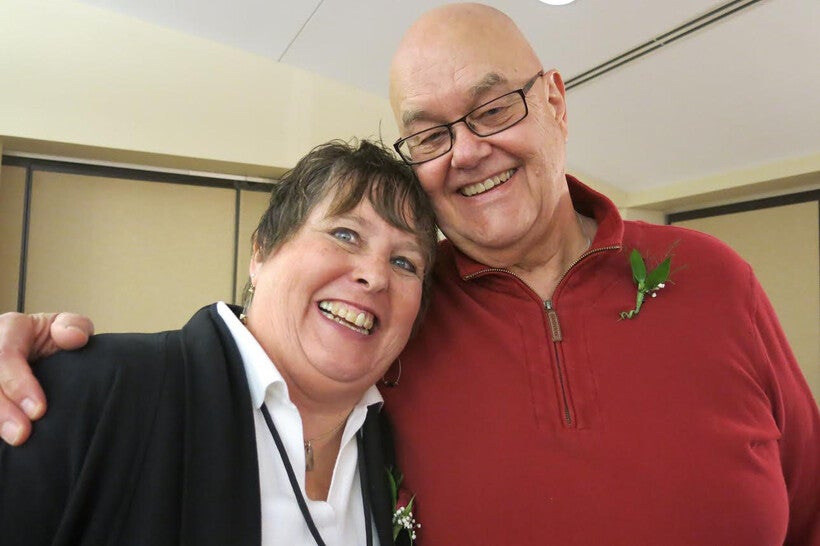 Gary and Gretchann Dalgaard both tested positive for COVID-19 in early March. They recovered and Gary was able to donate his plasma for an experimental treatment designed to help those who are still ill with coronavirus. The Sun Prairie couple is seen here in this 2014 photo. Dane County health officials traced Gretchann's infection to a friend who visited Seattle and later tested positive for the disease. Photo courtesy of Gretchann Dalgaard.

The doctor who used the special plasma to try to help two current coronavirus patients wouldn't reveal their medical condition due to privacy concerns. But Dr. William Hartman said they hoped to "tip the scales in our favor" by transfusing convalescent plasma into the ill patients.

"But the patient, while they've got this immune boost, still has to fight off the infection. And so do we see results in two days, three days or seven days? We don't actually know,' said Hartman, an assistant professor anesthesiology at the UW School of Medicine and Public Health.

Hartman is the local principal investigator for a national project led by Mayo Clinic, which includes more than 40 institutions investigating the use of convalescent plasma as a treatment for COVID-19, including Aurora St. Luke's Medical Center. 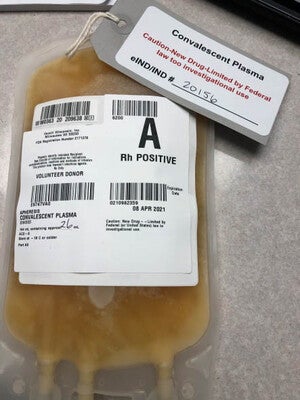 Aurora St. Luke's is one of 40 hospitals testing plasma taken from recovered COVID-19 patients to see if it will help others sickened from the disease recover. Photo courtesy of Aurora St. Luke's Medical Center

Historically, convalescent plasma has been used as a potentially lifesaving treatment when new diseases or infections develop quickly and when no treatments or vaccines were available yet. In the past 100 years, it has been used to treat outbreaks of other diseases, such as diphtheria, Spanish flu and Ebola.

"For the most part, we've seen some benefit from it, but its never been formally studied in a clinical trial," said Sahajpal, who directors Advocate Aurora’s Health transplant program.

Sahajpal said they still need eligible people who can donate plasma at the Red Cross. Individuals must have fully recovered from COVID-19, with complete resolution of symptoms for at least 14 days before donation of convalescent plasma, according to the U.S. Food and Drug Administration's frequently-asked-questions.

It isn't known if convalescent plasma will be an effective treatment against COVID-19. But the FDA is permitting emergency use because there are no approved treatments yet.

The agency said plasma transfusions are generally safe and well-tolerated by most patients, but can cause allergic reactions and other side effects.