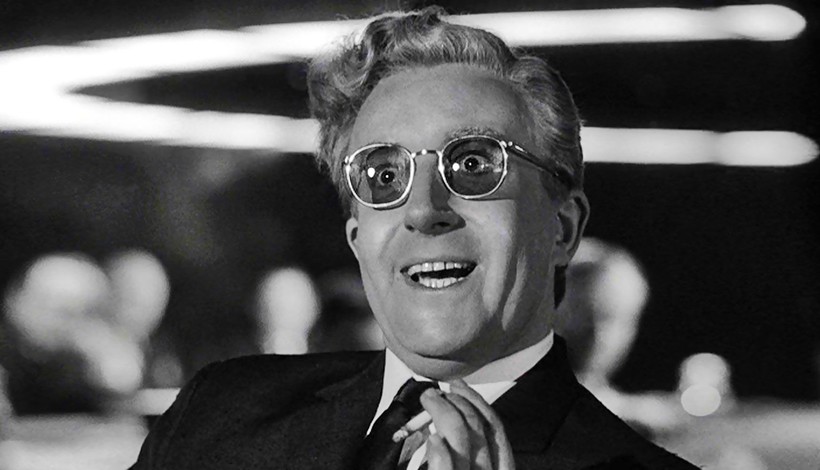 Hollywood Films Give Plenty Of Ways To Envision The Apocalypse

From Nuclear Annihilation To Super Viruses, There Is No Shortage Of Fuel For Doomsday Fears
By Haleema Shah
Share:

If the last month's news cycle -- filled with stories of nuclear threats, twin hurricanes, the U.S.'s longest war and more -- wasn't enough to convince you that the world is in a state of chaos, Hollywood is willing to help fuel your doomsday fears.

Images of cities being decimated, humans turning to some of their most primal instincts and highly intimidating technology have been appearing in movie theaters for years now. And despite the sinister nature of it all, audiences seem to like it.

"I think human beings -- perhaps because we have an awareness of our own mortality -- also have an awareness that our entire species might end some day and that the world that we live in might come to an end," said Sarah Goodyear, a journalist who wrote about the apocalypse becoming a popular theme in films.

Not every end-of-the-world story is the same though. There have been enough made in the last few decades, that one could easily create apocalyptic sub-genres.

Here are few themes that Goodyear identified in these films:

Goodyear said that this flavor of the apocalypse was most popular in the 1970s and '80s, but with ongoing tensions between the U.S. and North Korea, who's to say it won’t make a comeback?

It's the type of illness you probably won’t be able to find on WebMD.

The super virus/epidemic/pandemic apocalyptic genre often features a nearly-incurable illness that wipes out most of humanity. The heroes might be a group of U.S. Centers for Disease Control and Prevention experts, like in 2011's "Contagion," or a leather jacket-clad Will Smith as a U.S. Army virologist in 2007's "I Am Legend."

The end of days coming at the hands of an asteroid is an example of a disaster coming out of nowhere, at least that’s how it would feel to earthlings.

In Goodyear’s opinion, "that is a good place to put our anxieties. And it’s always something we can pretend, in our minds, to be able to do something about."

The 1998 sci-fi movie "Armageddon," starring Billy Bob Thornton depicts a group of drillers trying to stop an asteroid on a collision course with the Earth.

Here's a totally unverified claim that we're willing to make anyway: there is a 100 percent chance that a movie about a zombie apocalypse will feature gore, lots of dead people and references to cannibalism.

This genre is all over TV (think of the AMC drama "The Walking Dead," which will have over seven seasons), literature, and film. It’s also a genre that likes to make fun of itself, too.

When Jesse Eisenberg starred in 2009's "Zombieland," alongside Woody Harrelson and Emma Stone, the movie managed to be a comedy-horror-science fiction-adventure story.

But, if you think that zombie apocalypses are no laughing matter, there are also movies like 2005's "Dawn of the Dead," which tells the story of a world in which zombies become majority of the population. Talk about demographic change!

This doomsday genre has been popular throughout various chapters of history, and Goodyear said that aliens can bring an end to our world in more way than one.

"Do they come roaring in and crush us? Or do they sort of hide among us and subvert us?" she said.

"The War of the Worlds" (released in 1953) is a classic and one of the most well-known stories of its kind, but if you like Tom Cruise and more advance special effects, you can see the 2005 movie by the same name.

Humans have lost their ability to reproduce, the global population continues to dwindle, and being the youngest person on the planet is actually a record that can be set.

Facebook already knows you better than you do and self-driving cars are already a thing. The artificial intelligence takeover is a hypothetical scenario that, for some (like Elon Musk), seems less and less hypothetical.

Though somewhere between post-apocalyptic and dystopian, 1999's "The Matrix" has become a classic example of a movie in which artificial intelligence manages to take control of the planet away from the human race.