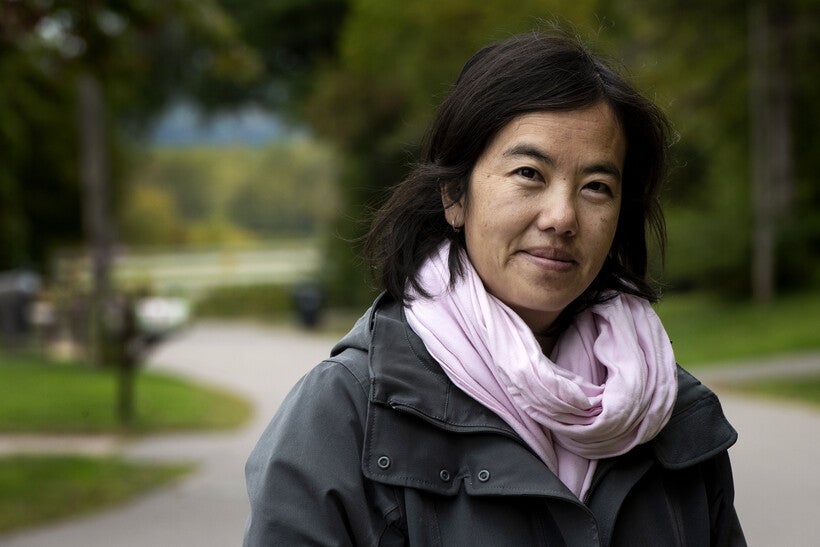 Language, culture and history are inextricably linked. For many speakers of multiple languages, keeping those traditions alive is essential.

The short answer: Hmong is the third most commonly spoken language in Wisconsin. Dig into the language’s history — and future — in the state, and you’ll find a rich story.

Many Hmong people settled in Wisconsin because they were sponsored by groups and organizations in the area, mainly churches or those that were faith-based, following the Vietnam War, said Maysee Herr, executive director of Hmong Wisconsin Chamber of Commerce.

Listen to Maysee Herr introduce herself in Hmong

Herr calls herself a "1.5 generation" Hmong American, meaning she moved to the United States with her parents when she was young. She spent most of her youth in the Wausau area. 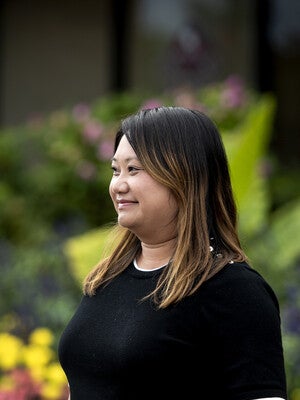 "My family was probably one of the first families in the United States in the mid-70s," she said. "Families were mostly sponsored by churches all over the country, so they didn't really have a say for the most part where in the country they were going to go."

Today, about 50,000 Hmong people call Wisconsin home, according to the 2010 Census, making it the third-largest state population in the country behind California and Minnesota.

The Hmong are an ethnic group from Southeast Asia. Originally from China, for hundreds of years the Hmong people lived autonomously in remote parts of the country. Persecution and conflicts with Imperial China in the 18th and 19th centuries led to a mass exodus of the Hmong to isolated mountain regions in Laos, Vietnam and Thailand.

During the Vietnam War, the U.S. recruited many Hmong people to help fight the North Vietnamese. When the U.S. withdrew from Vietnam in 1975, thousands of Hmong fled to refugee camps in Thailand and later resettled in the U.S.

While Hmong is the third most commonly spoken language in the state, less than 1 percent of the population speaks it.

UNESCO predicts the Hmong language will likely die out by the end of this century, said Xong Xiong, executive director of Cia Siab, Inc., a Hmong culture nonprofit in La Crosse.

Xiong said there are several reasons for that.

"Hmong is one of the hardest languages to learn because it's a tonal language," she said. "A lot of Westerners have a hard time speaking Mandarin because it's four tones. With Hmong, you double those, so it's eight tones."

A tonal language is one in which the meaning of a word changes based on the tone of voice used. For example, the word "red" in Hmong could also be "rice paddy," "disgusting" or a rice harvesting tool when different tones are used, she said.

Listen to Xiong use different tones for the word "red."

"Most people could hear about three differences in those tones when we use it, but some people can’t," Xiong said.

If you don’t master the different tones at an early age, it becomes very difficult to pick up later in life, she said.

While the difficulty in learning the language is one reason Hmong is at risk of dying out, it’s also difficult to teach and carry forward because it isn’t represented in the larger, dominant culture in the U.S. in the way Spanish and English are.

"It's not being passed down at all," Xiong said. "It's not being used. The folks that use it are our elders who don't speak any other language other than Hmong."

English is everywhere, Herr said. While she can speak Hmong conversationally, teaching it to her 6-year-old son is a challenge when he doesn't hear it in school, among his friends or on television.

"I fear for myself and my own son," she said. "For someone who values the language in the culture … it's hard to pass those things down to your child in a society where you still want them to thrive and understand the culture in which they live in."

But those hurdles don’t keep Herr and Xiong from being optimistic. They both organize annual Hmong language and culture camps for kids.

And Herr said she sees signs of younger Hmong people looking to reclaim their heritage in a variety of ways, from the language to looking for modern takes on traditional Hmong styles and patterns in their clothes.

"Hmong are an indigenous group of people ... we don't have a home country to go back to," she said.

"So whatever we can keep alive, the people, the language, is so, so important," Herr continued. "I don't even want to say that in its most authentic sense because nothing is static. Language and people are constantly influenced by one another … but when you're an indigenous group of people, it disappears that much faster."

Xiong of Cia Siab said to really keep the language alive, it will take the Hmong community coming together and advocating for the language to be implemented in grade schools and universities.

"But most importantly, I think it takes non-Hmong folks to also support those causes," she said. "It comes from the whole community wanting it. And then the dominant culture, non-Hmong folks, also advocating for those things as well."