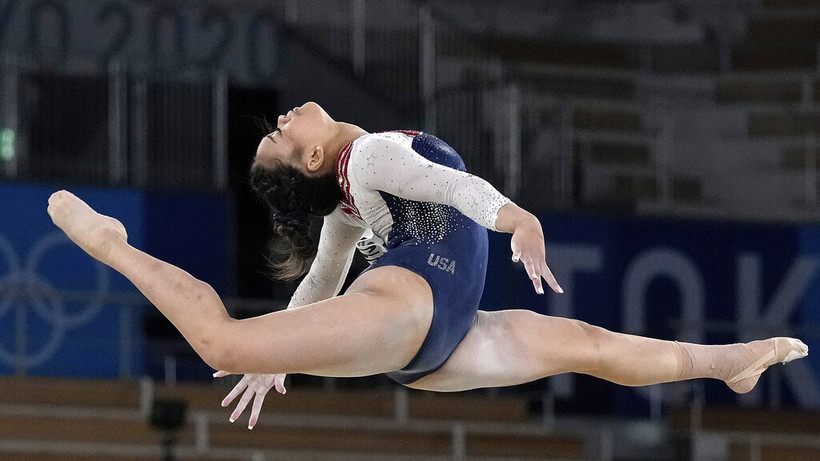 Sunisa Lee, of the United States, performs on the floor during the artistic gymnastics women's all-around final at the 2020 Summer Olympics, Thursday, July 29, 2021, in Tokyo. Gregory Bull/AP Photo

"I am just so freaking proud," said Ka Lo, who is the first Hmong woman elected to the Marathon County Board.

"We knew she was good," said Peng Her, CEO of Madison's Hmong Institute. "We didn't know how good."

"I'm getting goosebumps, actually. I just found out," said Ava Xiong, 14, of Madison, who volunteers at the Hmong Institute.

Xiong said she used to do gymnastics as well, and Lee "makes it look easy." 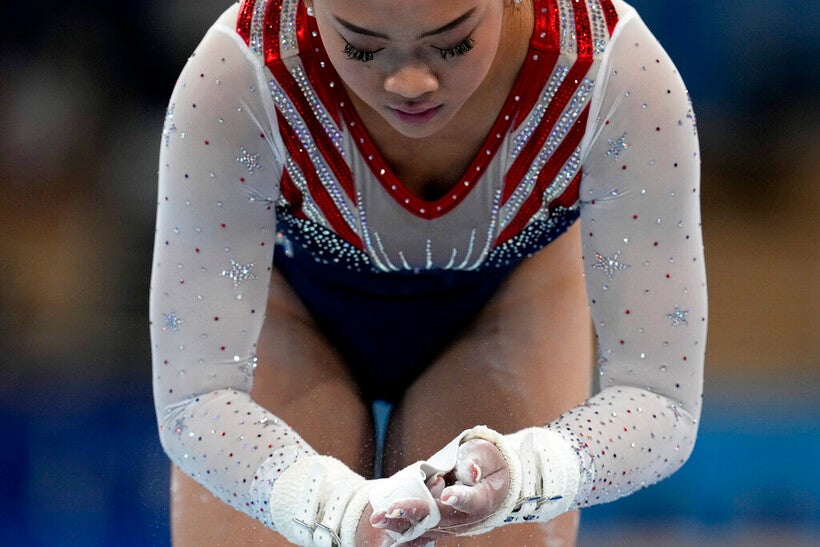 Sunisa Lee, of the United States, powders her hands before her performance on the uneven bars during the artistic gymnastics women's all-around final at the 2020 Summer Olympics, Thursday, July 29, 2021, in Tokyo. Natacha Pisarenko/AP Photo 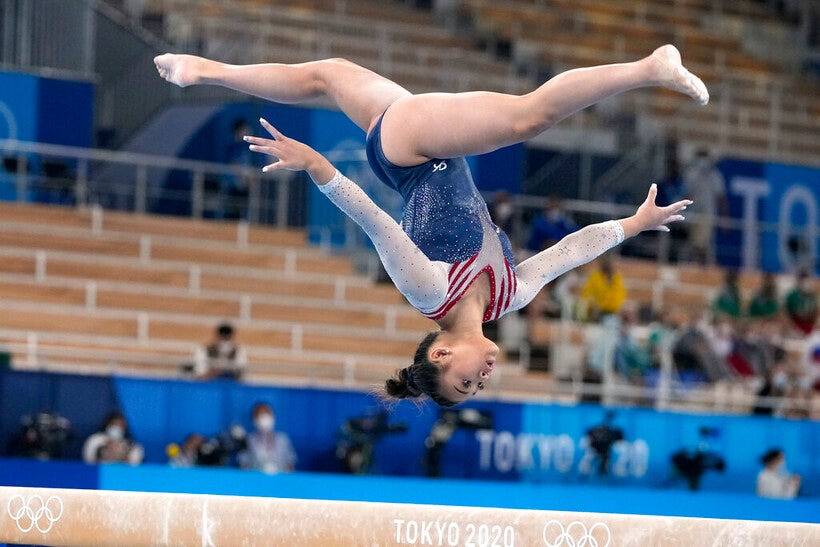 After her event, Lee, 18, said she felt even more under pressure to win after her teammate, superstar Simone Biles, withdrew from competition.

"I was starting to put a little bit too much pressure on myself, knowing that Simone was gone," Lee said in a press conference. "I tried not to think about it, and that's what they told me to do, to just focus on myself and do what I normally do, because that's when I compete the best."

Lee's path to the Olympics has been followed by Hmong communities across the country. Chai Moua, a Portage County Board member from Stevens Point, said watching Lee compete gave her the feeling that "anything is possible." And Moua said she expects Lee's success will inspire many young Hmong girls to try gymnastics themselves.

"It already is," she said. "Last night, my daughter went to her first gymnastics practice. She’s 8. She doesn't know how to do a somersault, but she's going to do it."

Her, of Madison's Hmong Institute, said Lee's success will also have the effect of introducing many Americans, especially those who don't live in areas with many Hmong families, to the story of how Hmong people came to the U.S. as refugees following the Vietnam War.

And Lee herself is an example of "American grit," Lo said, with qualities that can inspire anyone. 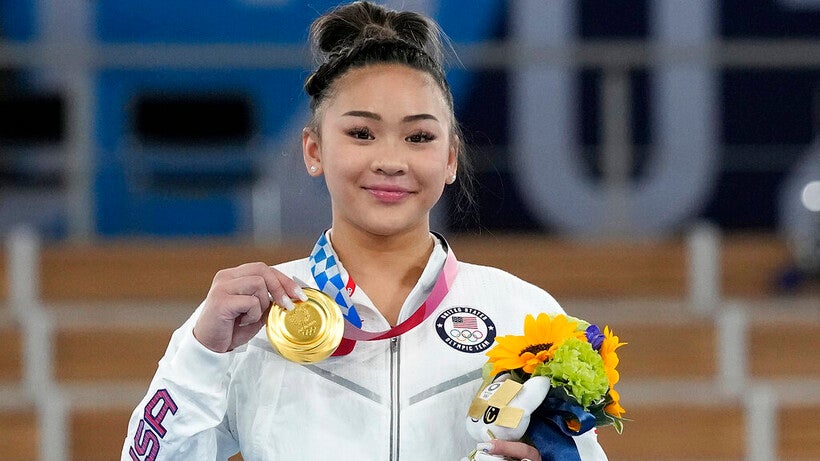 "I think it's inspiring because we can all tell that she worked really hard," said Ani Xiong, 14, of Madison, who also volunteers with the Hmong Institute. "She's really good, and I feel like it just pushes anyone to do their best."

Moua was among those who felt inspired Thursday by Lee's achievements.

Editor's note: This story has been updated to reflect that Ka Lo is the first Hmong woman elected to the Marathon County Board.