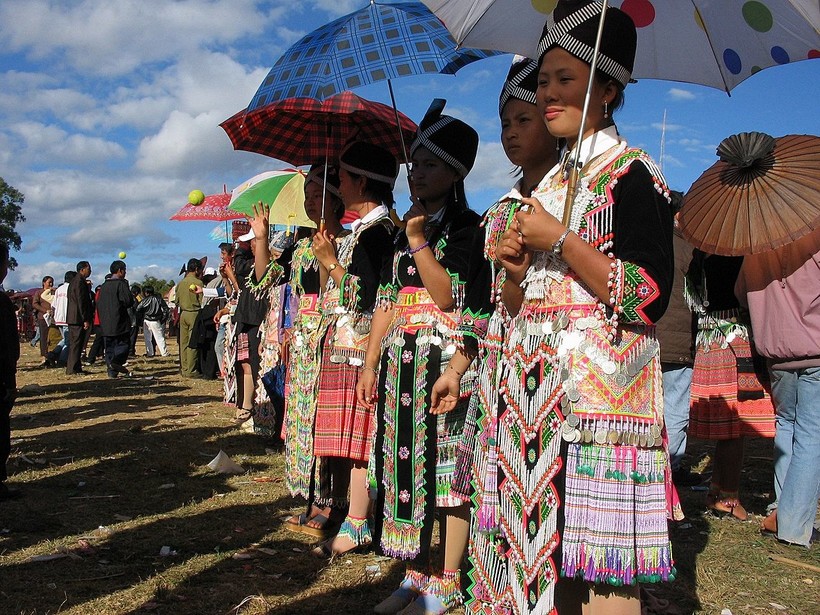 Author Says Ambivalence Towards The Marriage Custom Reflects Struggle To Be Hmong-American
By Amanda Magnus
Share:

When Mai Neng Moua was growing up as a Hmong-American living in Minnesota, she decided she didn't want to follow a longstanding marriage custom if she were to marry a Hmong man.

In her 20s, Moua followed through on that decision. In planning her wedding to a Hmong man, she insisted she didn't want her husband-to-be’s family to pay a "bride price."

"In the Hmong community, as with several other communities, the bride price is money you pay the bride’s parents for marrying her," the author explained. She added that the "going rate" for the bride price is anywhere from $5,500 to $20,000. Moua said it’s different than the dowry because a dowry includes all the gifts and supplies that family members give the bride to start her life.

Moua shared her story of rejecting this custom in a memoir released last month, "The Bride Price: A Hmong Wedding Story."

"I really struggled with (the bride price) because growing up I had heard all these stories, my mother’s stories, about the impact of the bride price on her and as a young girl," she said. "Growing up I felt like that was not the thing for me."

Moua, who is also the founder of the Hmong literary arts journal, Paj Ntaub Voice, said she knew her decision to tell her story would have consequences for her in her community.

However, Moua said she already had "strikes" against her in the community. Moua's father died at a young age, and in the Hmong community, having a father as the head of the household is important, she said. Moua also sought a kidney transplant instead of traditional healing practices when she was diagnosed with kidney disease in college.

Moua said these things that may have already lessened her status in her community made her feel more comfortable with writing her memoir.

"In writing the story, people already don’t like me, so I might as well tell the story I need to tell," she said.

In her book, Moua writes about how deciding not to accept a bride price put a strain on her relationship with her mother.

"My mom, as a war widow, doesn’t have a lot of standing in the Hmong community. When I asked my mom, (we) didn’t talk for more than a year, which is hard to do in a close knit community when you show up and you see each other but you don’t talk to each other," she wrote.

"The elders say the bride price is a promise that the groom and his family will love and care for the bride and will not abandon or abuse her. Since they have invested good money in the bride, she is valuable and they will take good care of her."

In the course of writing her book, she talked to many Hmong women about their views on the bride price. She said Hmong women are all over the map when it comes to the marriage custom.

She said the variety of opinions on the bride price are indicative of the larger, complex issue of being Hmong and American. She said Hmong-Americans wrestle with trying to honor themselves at the same time as honoring their community.

Moua said her book is not meant to encourage other Hmong women to reject the bride price, instead she hopes it will spark conversations.

"What I hope this memoir will do is stimulate conversations in my community about what it means to be Hmong in America," Moua said. "It’s really a challenge for the community to own who you are and know why you believe those things you believe … to really dig deeply and own who you are."