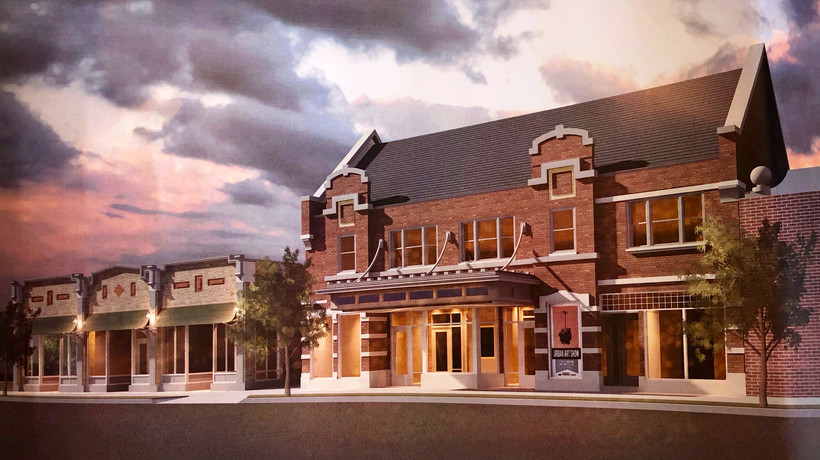 Finding a sober space for music-loving teens is easier said than done.

Night clubs occasionally offer all-age shows, but across the state, there are only a handful of music venues that cater exclusively to people under 21.

A historic former theater on Milwaukee’s near west side is currently in the process of being transformed into a music education center and all-ages venue.

A local nonprofit and for-profit group are working together to redevelop a vacant 104-year-old theater nearly destroyed by fire in 2017 for the project, called The New State.

The group is buying the building from the city of Milwaukee by the end of the year for $1.

Proponents of all-age venues say they give young people an opportunity to see local and relatively unknown bands that larger venues might not book because they are not cost effective. They also provide a stage for teens who hope to one day become professional musicians. 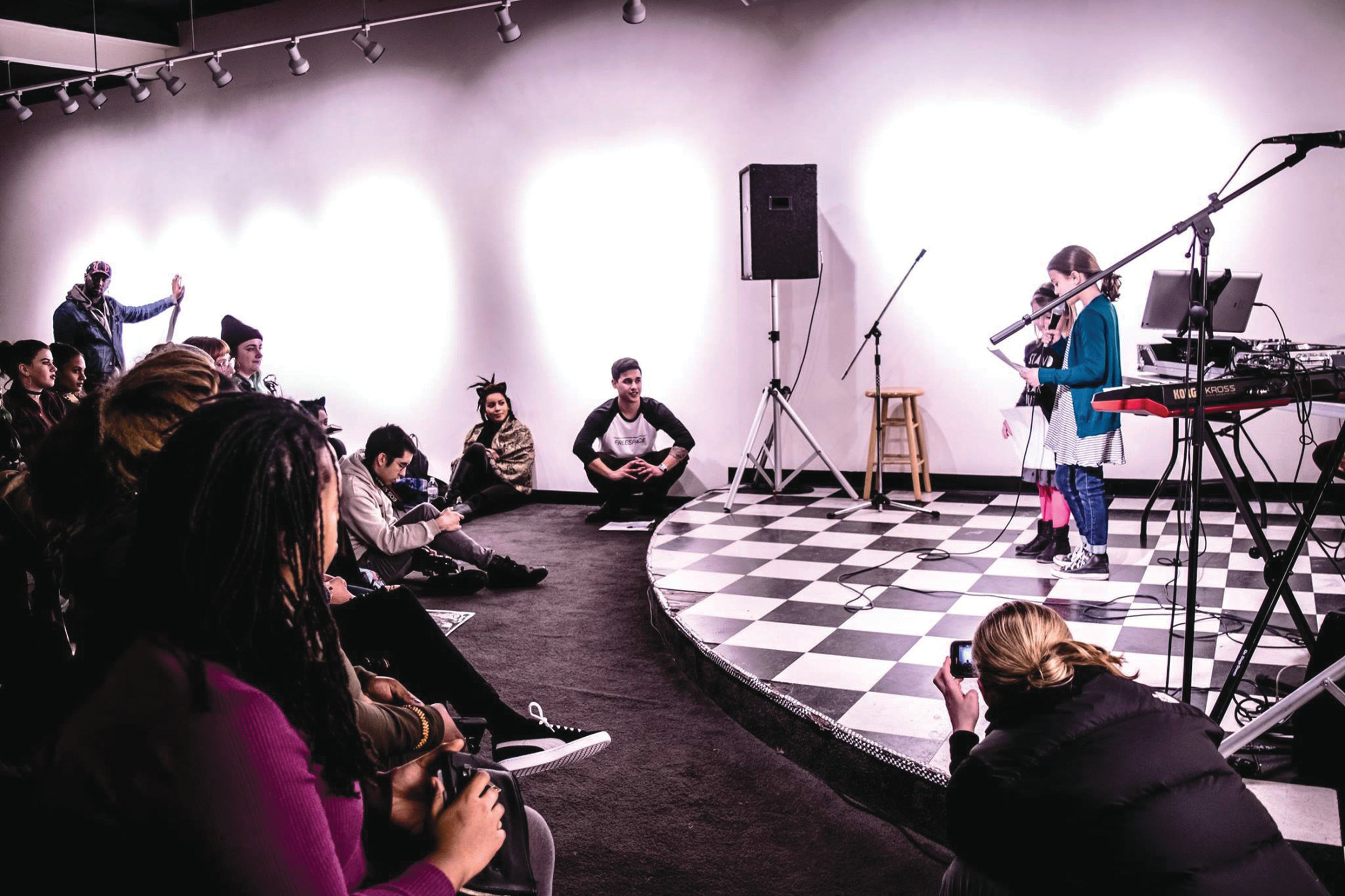 Children perform at FREESPACE, a Milwaukee business that will be housed in the new all-ages theater. Image courtesy of The New State

All-age clubs give people an opportunity to engage in local culture, said Janice Vogt, a board member of The New State and co-founder of FREESPACE, a Milwaukee business that will be housed in the theater.

"Youth have their home and their school, but we really don’t give them space to mingle and be social and be around their peers," Vogt said. "That is crucial. If we didn’t have that, we would be miserable." 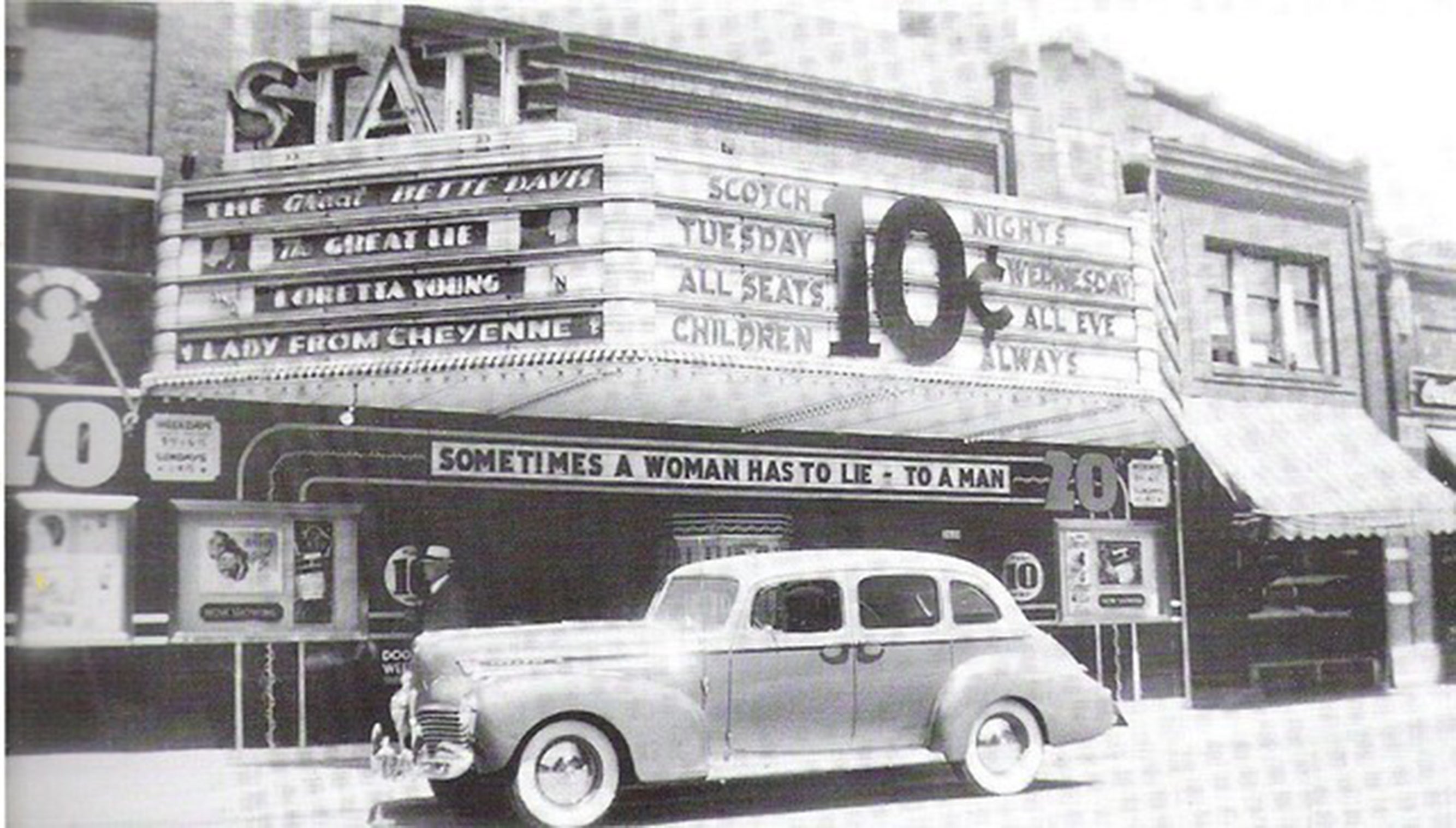 The New State will be housed in what was the historic State Theater from 1915 to 1955. Image courtesy of The New State

The New State will be housed in a former theater that was once a well-known music club in the city. Known as the State Theater from 1915 to 1955, the venue was also called The Palms and Electric Ballroom.

Musicians including Tom Petty and the Heartbreakers, The Police, Elvis Costello and U2 have all played at the club.

Communication, an all-ages music and art space opened in May in Madison. The venue hosts 12 to 15 music events per month, said Jennifer Bastian, who operates the business with three other partners.

Stephen Harm, founded Warehouse in La Crosse in 1991. The 4,600-square-foot club is on the third floor of a warehouse in downtown La Crosse. It is one of the longest-running all-age clubs in the state.

Harm was in a band when he was a teenager and wanted to create a place for other teens to get to know bands and express themselves through music. But the last 27 years have not been easy.

"When you have a bar and a band plays, people are paying $8 for three, four, five drinks at a time," Harm said. "We’re selling Mountain Dew to kids and they aren’t sitting there drinking it all night."

Despite the challenges, Harm said he has loved giving teens a way to express themselves through music and an opportunity to meet bands.

"I don’t want to shoot down what (Milwaukee) is doing," Harm said. "It’s an admirable project. It’s a huge project."

The New State is an ambitious endeavor. The volunteer board, led by Vogt, is currently fundraising for the $3.5 million project. The group has about $89,000 raised through its GoFundMe page.

"In Milwaukee there is a lack of space for kids to do alternative things," Vogt said. "There is a lot of internet, which I personally believe is a toxic thing to do."

Vogt spent seven years in Austria before moving to suburban Shorewood when she was 16. While in Europe she spent many nights at music clubs.

Back in the United States, she realized teens were stifled and acted out by drinking.

"I feel like this is me coming full circle," Vogt said. "I’m excited to create the space I so desperately wanted when I moved here and give that to Milwaukee’s youth."