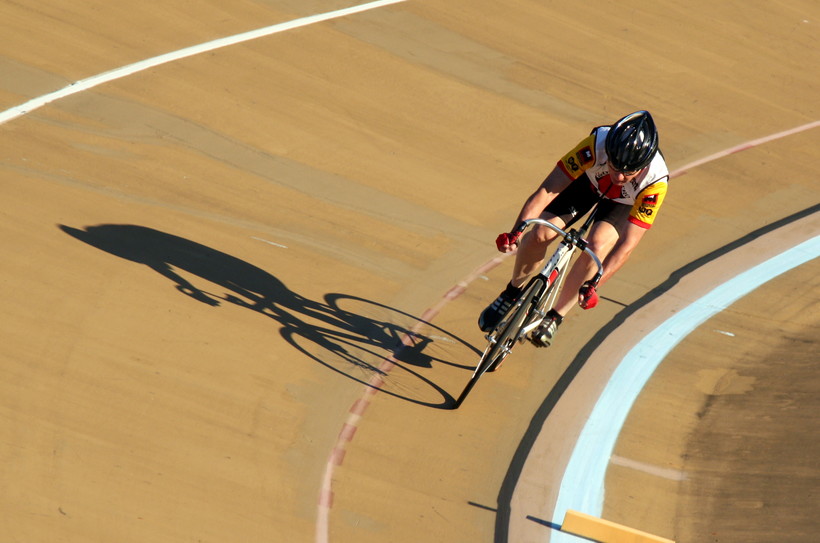 Over the years, Wisconsin has developed a reputation for being a great cycling state.  That might conjure up visions of the state’s vast trail system or it’s beautiful back roads.

But for many amateur and professional cyclists, it means the smooth track of Kenosha’s histroic velodrome, where bike racing has taken place for almost a century.

Opened in 1927, the Washington Park Velodrome is the oldest continually operating velodrome in the U.S.

“That’s 87 years of race history that we have here in Kenosha,” said Len Cabaltera, race director and organizer at Washington Park Velodrome.

He cited the legacy of great cyclists from Chicago and Milwaukee as part of the reason for the track’s success, but also Kenosha’s commitment to the Velodrome.

“The city treats it like a landmark, and helps us care for the track,” Cabaltera said.

Velodrome racing dates back to the late 19th Century, and according to Cabaltera, it quickly became a hit.

“It was one of the biggest professional sports at the time,” he said, citing attendance of races and the salaries of the racers. Some of the biggest venues in sports, like the International Amphitheater in Chicago and Madison Square Garden in New York City, would host major cycling races.

Cabaltera said velodrome tracks resemble running tracks, but feature one big difference: banked corners to allow for higher speeds through the turns. The Washington Park track is banked at 27 degrees, but Cabaltera said some of the newer tracks around the world can have over 50 degrees of banking.

“On a track like that, you have to be pedaling about 20 mph to stay upright,” he said.

For cyclists interested in taking a spin around the track, Cabaltera encourages them to bring their bikes down to Washington Park on a Monday night.  Riders as young as 3 years old can bike the warm-up circle while older riders can hit the main track.

“If you can pedal a big wheel or any bicycle, you can come and ride,” Cabaltera said.  “Bring your bike, have a helmet and you can race.”

Tuesday night is when the serious bike racing happens.  Cabaltera said the velodrome hosts races each week sanctioned by USA Cycling, the country’s governing body for bike racing.  Many cyclists compete in numerous events per night, something that’s not seen in road cycling.  Professional velodrome racers must ride a fixed-gear bike -- with no brakes.

“It’s imposing when you first talk about it, but it gives you a lot of control,” he said, noting that putting back pressure on the bike’s pedals will gradually slow the rider down.  He also said that not having brakes ensures that riders aren’t constantly slamming into each other’s backs.

Spectators are encouraged to come and watch these races.  Cabaltera said there are races for all age groups, and when people are watching the young racers, they just might be witnessing some future Olympians.

Cabaltera said he’s seeing renewed interest in velodrome racing over the last few years, and not just in Kenosha.  New velodromes are popping up across the country, including one in Boulder, Colo., which just opened this summer.

“It’s exciting to see the resurgence of track racing,” he said.

Just don’t expect it to hit the brakes anytime soon.