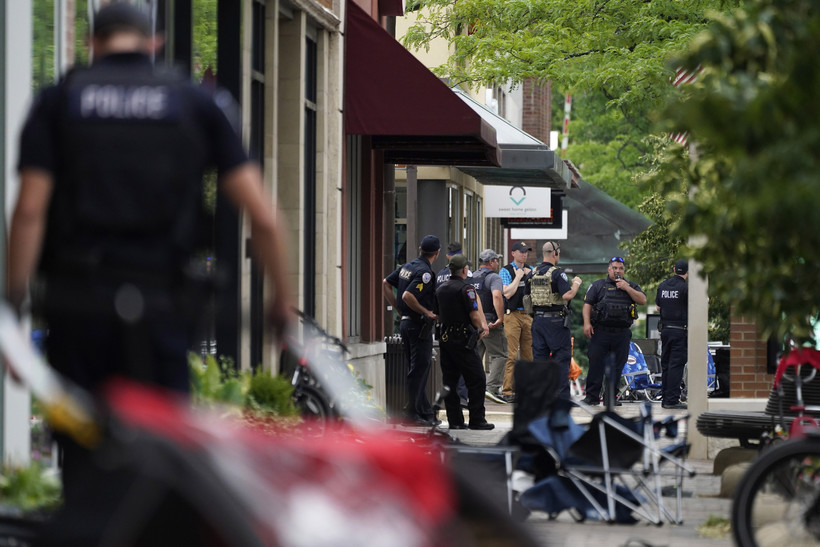 The man charged with killing seven people and injuring dozens more during a Fourth of July parade in Highland Park drove through Madison contemplating opening fire on another celebration.

Bail was denied Wednesday for Robert Crimo III, who prosecutors say confessed to opening fire from a rooftop, killing and wounding people who had gathered in the Chicago suburb for the parade.

According to police and prosecutors, after the shooting, Crimo fled to Wisconsin and drove through Madison.

"He did see a celebration that was occurring in Madison and he seriously contemplated using the firearm he had in his vehicle to commit another shooting," Covelli said during a press conference Wednesday.

When asked by reporters why Crimo turned around, Covelli said officials believe "he hadn't put enough thought and research into it."

Crimo later returned to Illinois, where he was arrested, according to The Associated Press.

"The FBI contacted the Madison police department and requested mobilization of our SWAT team," Barnes said. "They believed the suspect could be in the Madison area."

Barnes said the Madison Police Department was in the process of mobilizing its SWAT team when it was informed that Crimo was in custody in Illinois.

Barnes said he did not know which event Crimo visited while he was in Madison. He also said the Madison Police Department did not consider issuing any kind of "shelter in place" warning to the public.

"The FBI was certainly tracking this person. We were not sure where he was at the time. So there would not have been any specific information to put out," Barnes said.

Madison Mayor Satya-Conway said it was important to acknowledge that this shooting was a scary event for people and that it "cuts a little closer to home."

"Thank goodness he didn't do anything here in Madison, but it could have happened," Rhodes-Conway said. "So yes, people should be aware — they should be afraid — that a mass shooting can happen in our community."

Rhodes-Conway called for passing laws at the state and federal level to prevent gun violence. Asked about her suggestion that people should be afraid, the mayor stood by it.

"I'm saying that the level of gun violence in this country is scary," Rhodes-Conway said.

Crimo is charged with seven counts of first degree murder. Lake County State’s Attorney Eric Rinehart promised that dozens more charges would be sought and that the man could receive a mandatory life sentence without the possibility of parole.