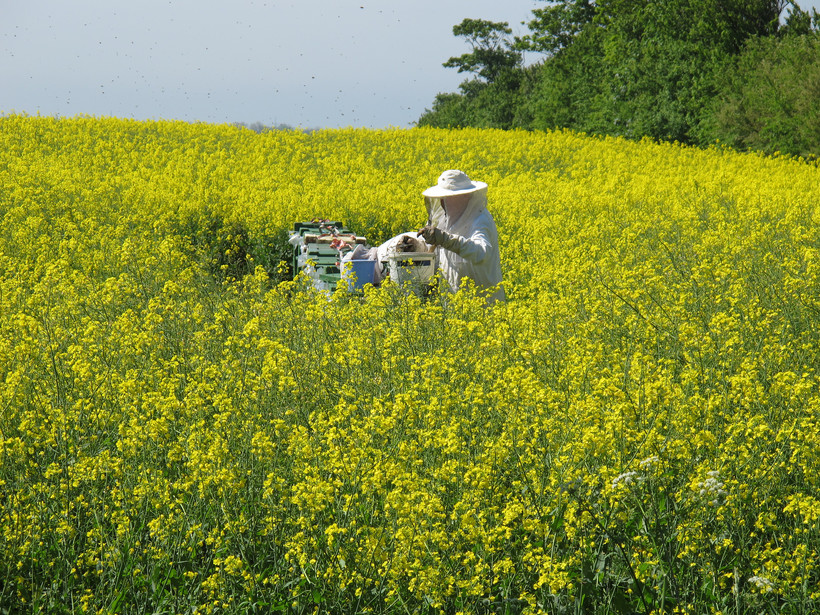 Wisconsin lawmakers are hoping to help the state's bee population by helping beekeepers save money.

Currently, Wisconsin beekeepers with 50 or more hives are don't have to pay sales tax on equipment and other items needed for their business. A new bill being proposed in the state Legislature would expand that tax exemption to any beekeeper, regardless of size.

The current exemption is part of a larger program that waves sales taxes for agriculture-related businesses like farming and horticulture.

"We don't count how many dairy cows a dairy farmer has,” said state Rep. Amy Loudenbeck, R-Clinton, one the bill’s sponsors. "If somebody is in the business of beekeeping, whether it's for producing honey and wax or for going out and pollinating fields, that's as much a part of our food supply chain as other types of farming."

"Beekeepers basically have to rebuild their dwindled populations in the early spring," said Claudio Gratton, an entomology professor at the University of Wisconsin-Madison. "Historically the rate of loss of bees over the winter used to be around 10-15 percent. So when we’re seeing rates that are twice that high, that’s a cause of concern and clearly there’s something going on."

Gratton said a parasite called varroa mites have hurt bee populations throughout the state. But increased pesticide use in agriculture and a decline in native wildflowers have also taken a toll on the bee population.

"Because of these natural losses that are occurring year to year, that anything that can help them kind of recoup those losses, rebuild those colonies is probably going to be an important aspect to keeping that sector financially viable into the future," Gratton said.