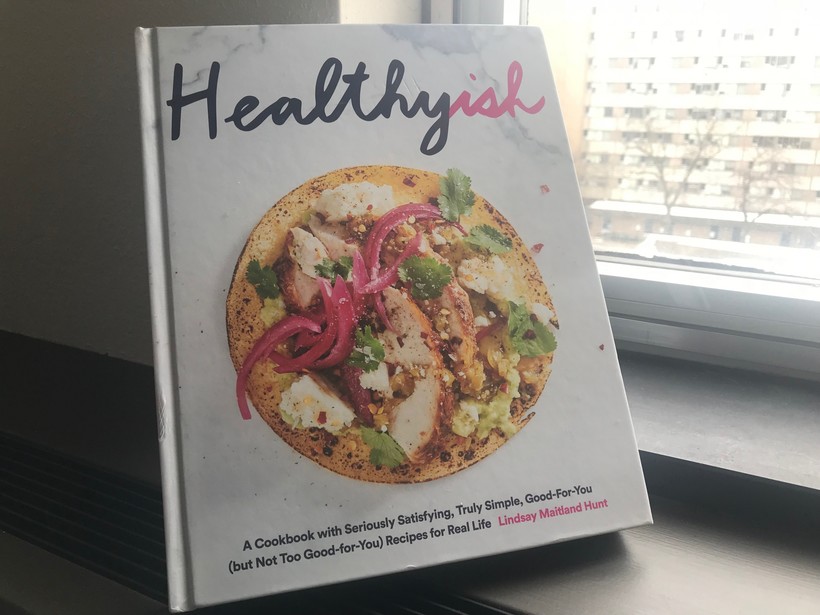 'Healthyish' Recipes For The Real World

Cookbook Features 'Good-For-You, But Not Too Good-For-You' Recipes
By Gretchen Brown
Share:

Lindsay Maitland Hunt wants to give your diet some breathing room.

She’s a recipe developer and food writer, and the author of "Healthyish," a cookbook that bills itself as "good-for-you, but not too good-for-you."

"It’s sort of like having a loose grip on our goals, things like trying to do better, to eat better, to feel better," she said. "When there’s an 'ish' in there it signals to us, that’s directionally where we’re going, but we can do it feeling a little less pressure to do it perfectly."

"When those three come together, you find a happy balance," Hunt said.

Like fashion designer Coco Chanel once said, "Before you leave the house, look in the mirror and take one thing off." Hunt applies that to cooking. Don’t get too complicated just to be complicated, she said.

Part of the way Hunt does that is by embracing the so-called "pantry staples." For example, Hunt says there’s no shame in canned beans.

One of her recipes in "Healthyish" puts that to practice.

Her polenta rounds with fried eggs and avocado bean salsa are made with pre-cooked polenta, sliced into rounds and then sauteed in some oil on your stovetop. It also includes a can of pinto beans.

Foods that are really nutrient-dense are usually colorful, too: carrots, beets, green beans.

"And the more you’re looking for color, the more nutrients you’re going to have on your plate," Hunt said. "And color is beautiful."

Hunt’s recipes are achievable for the average home cook. And yes, they’re pretty healthy. But she didn’t want them to be boring.

For example, Hunt thinks of the salad. While it’s an easy, simple meal, it can be boring.

"If I’m going to eat a salad, I need pockets of deliciousness and unexpected flavors," she said.

For example, cheese can make a huge difference. Pick a salty cheese with a lot of "bang for the buck," she said, like parmesan or feta.

Other flavor boosters could be marcona almonds with a coating of oil. Or salted avocado. Or crumble a piece of bacon and toss it through the salad.

"That’s going to actually add so much flavor into what you’re eating, that you don’t even necessarily need to have a whole pile of bacon on the side," she said. "It’s signifying to your brain that you’re eating something really satisfying, delicious and hearty."

Hunt views calories with a looser application than many health-focused cookbooks. But in general, she tries to focus on getting as big of a bowl or plate of food as she can, without it being something super calorie-dense like steak and potatoes.

"Healthyish" has a recipe for coriander-rubbed chicken breasts with lentil-radicchio salad, where the right prep — like adding water to the pan before you bake the chicken — can make a world of difference in a simple recipe.

Healthyish: A Cookbook with Seriously Satisfying, Truly Simple, Good-For-You (but not too Good-For-You) Recipes for Real Life

Healthyish: A Cookbook with Seriously Satisfying, Truly Simple, Good-For-You (but not too Good-For-You) Recipes for Real Life