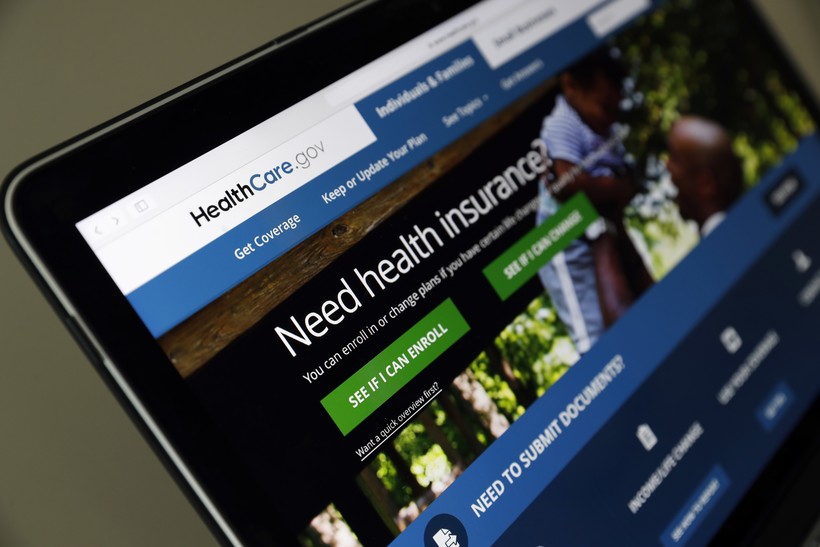 The Healthcare.gov website is seen on a laptop computer. Alex Brandon/AP Photo

Pandemic Job Cuts Have Left Many Without Health Insurance; Special Enrollment Period Lasts Through May 15
By Shamane Mills
Share:

Monday marks the start of a special sign-up period for medical insurance purchased on HealthCare.gov in Wisconsin and 35 other states.

Normally the enrollment period happens at the end of the year, but the coronavirus pandemic has resulted in people not only losing their jobs, but the health coverage that can come with it.

Although the pandemic is entering its second year, this is the first time the federal health insurance marketplace has held a special enrollment period. It was authorized when President Joe Biden signed an executive order opening up the marketplace from Monday to May 15.

"It’s a recognition that this is a significant challenge people are facing. People need help to get help, to get into the system. And a new administration, new perspectives will do that. I’m thankful for that," said ABC for Health Executive Director Bobby Peterson. The Wisconsin-based organization helps connect people to health care coverage.

Ordinarily, people only have one chance in the fall to sign up for insurance on HealthCare.gov. There are exceptions for life events like the birth of a child or loss of a job, but people have to prove their circumstances have changed. With the current special enrollment period, anyone can sign up without that added documentation. Coverage starts the following month after people pick a plan.

Officials with Covering Wisconsin, a federally certified and state-licensed navigator agency that helps people sign up for private health insurance on the marketplace and also enroll in Medicaid, say they're trying to find those who have been most impacted by the pandemic.

The state’s Medicaid rolls — or BadgerCare as it’s called in Wisconsin — have been steadily increasing since the pandemic began. In March, there were roughly 200,000 fewer people in the program compared to last month when state data shows 973,393 participants enrolled in BadgerCare.

During the public health emergency, declared by the secretary of Health and Human Services, states like Wisconsin that get extra federal funds for Medicaid can't discontinue BadgerCare eligibility.

"We’ve seen a pretty big spike" in program participation, said Jim Jones, state Medicaid director at the state Department of Health Services during a January meeting of DHS and the Office of the Commissioner of Insurance Health Care Coverage Partnership Advisory Council.

Even with larger BadgerCare enrollment, the state program is running a surplus. That’s partly due to increased federal funding and fewer people going to the doctor during the pandemic, Peterson said.