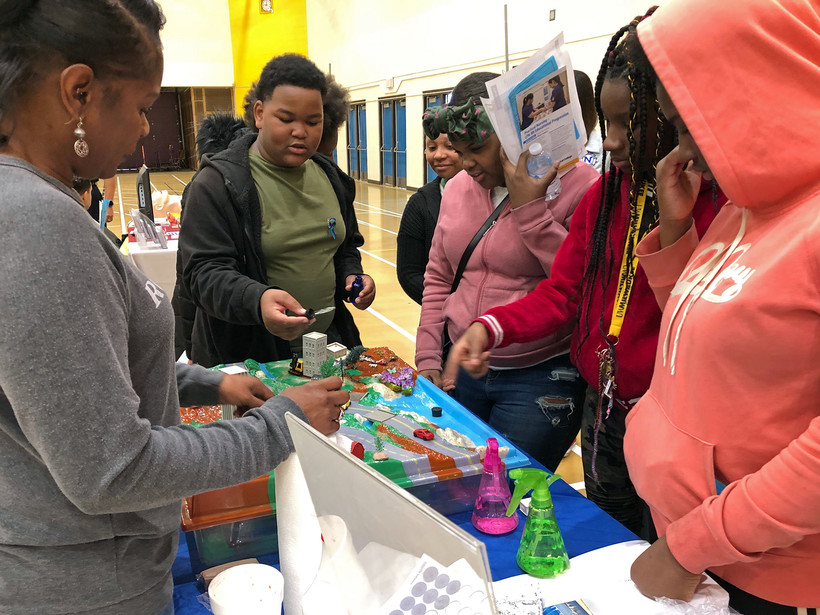 Students from some of Milwaukee Public Schools' middle schools and North Division High School had a chance to meet professionals from several health care industries on Thursday.

North Division High School hosted a Health Career Expo for students living in the city's 53206 zip code. The goal was to make students aware of the wide variety of health care careers including nurses, dentists and social service industries.

Semaj Christian teaches eighth grade history at Benjamin Franklin School, which serves students from 4K to eighth grade. Christian said he often talks to his students about their future careers.

"A lot of kids don’t know what type of jobs they want," Christian said. "It's good to see jobs like this, especially in health care. Most times all they see is McDonald’s, Walmart, jobs like that. Health care would be good."

Despite the 53206 zip code often being synonymous in media for violence and hopelessness, there have been rays of hope in the neighborhood.

The area — bounded generally by Interstate 43 on the east, West Capitol Drive on the north, North 27th Street on the west and West North Avenue on the south — has high rates of incarceration, unemployment and poverty. But Milwaukee Public Schools has tried to re-envision schools in and near the 53206 zip code with programs like the Health Career Expo.

One of the most popular career fair booths was hosted by Joseph Gregoriou, a respiratory therapist and the asthma program coordinator at Children's Hospital of Wisconsin.

Gregoriou let students wear a vest that shook their lungs, the same way respiratory patients would. 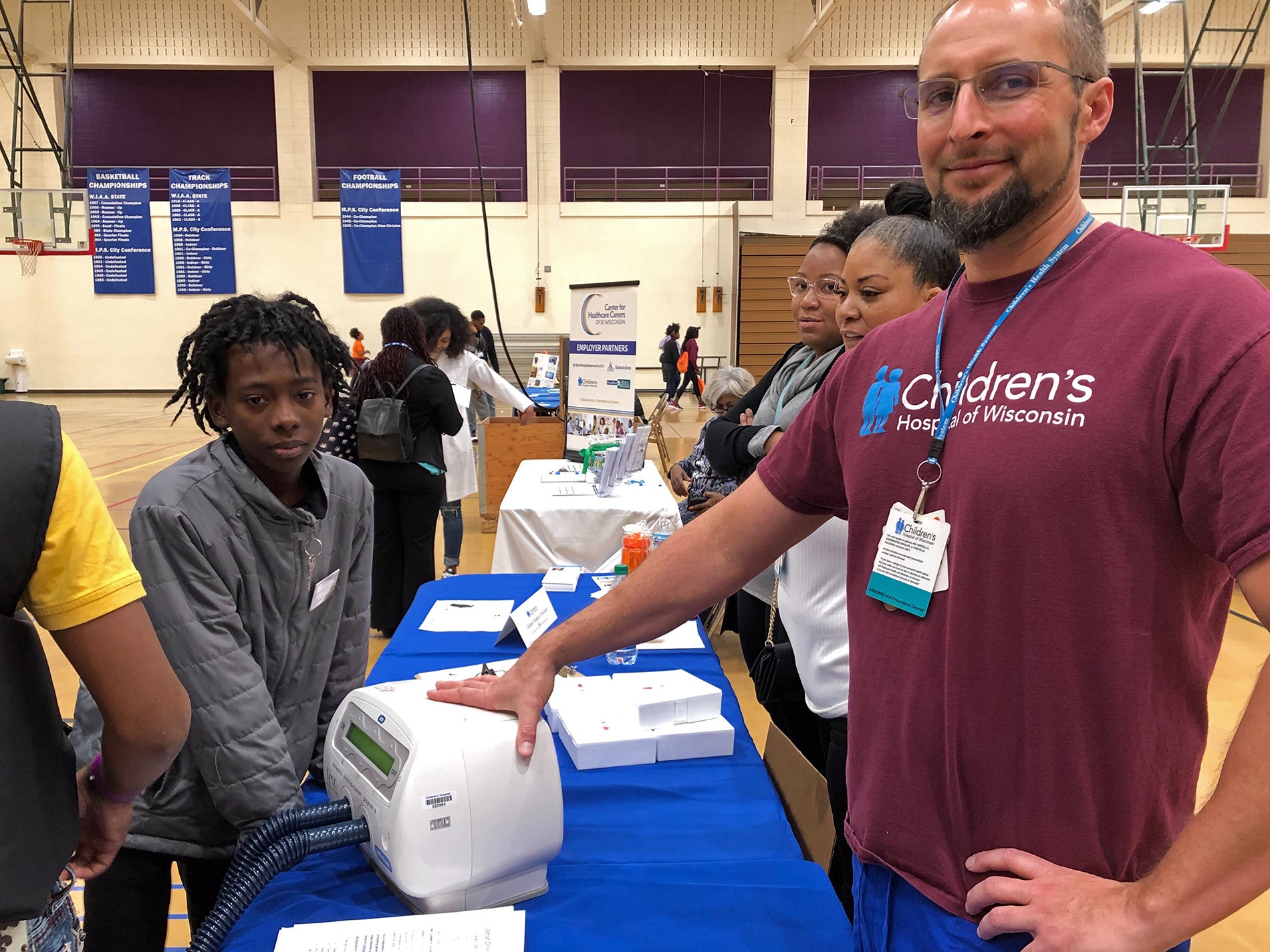 Becoming a respiratory therapist is currently a two-year degree, Gregoriou explained, one of the few health care degrees that doesn't require four years of schooling after high school.

Health care continues to be one of the fastest growing sectors of Wisconsin’s economy as the population ages. This week, the state Department of Workforce Development released a list of so-called "hot-jobs" and the position of registered nurse ranked third.

Damon Richmond, 13, from Andrew S. Douglas School. wants to be a certified nursing assistant. His mom also works in nursing.

Richmond’s teacher, Melissa Johnson, said middle school is the perfect age for students to be exposed to careers.

"This is the times their minds are formulating and deciding what they really want to do," Johnson said. "Every child deserves an opportunity. And a lot of kids don’t understand there are things they can do, before they even go to college, that will assist them in choosing whatever career they want to go toward."