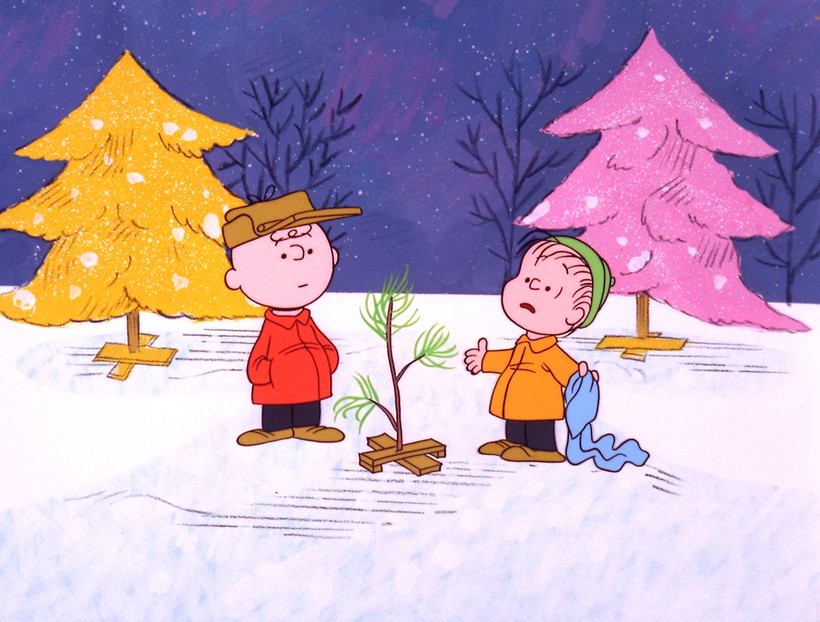 In this promotional image provided by ABC TV, Charlie Brown and Linus appear in a scene from "A Charlie Brown Christmas." The animated special was created by late cartoonist Charles M. Schulz in 1965. 1965 United Feature Syndicate Inc./AP Photo/ABC

In the CBS special "Be My Valentine, Charlie Brown," that aired in 1975, the '"lovable loser" waits all day for a Valentine's Day card that never arrives.

Fans devastated by Charlie Brown's disappointment showed their love by inundating the "Peanuts'" cartoon creator Charles Schulz's office with personalized cards of their own.

The comic's ability to validate people's experiences gives it staying power even in 2020, the 70th anniversary of the "Peanuts" cartoon that first appeared in newspapers in 1950. The last original comic strip was printed in 2000, the same year Schulz died.

The legacy of Charlie Brown is its ability to transcend barriers of politics, status, wealth and time, said Andrew Blauner, editor of a recently published anthology, "The Peanuts Papers: Writers and Cartoonists on Charlie Brown, Snoopy & the Gang, and the Meaning of Life."

"It seems to be something that people who maybe don't agree on anything else can agree that they love 'Peanuts,'" he said. 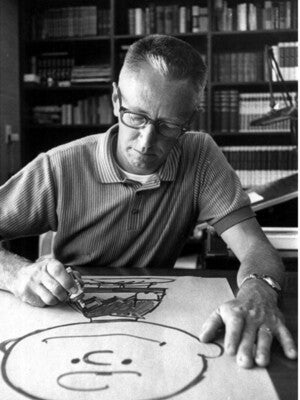 Cartoonist Charles Schulz draws a picture of his cartoon character Charlie Brown in his Sebastopol, Calif. home in this 1966 file photo. File/AP Photo

But Blauner wonders if it's a coincidence, especially in an era of political unrest, that there's a kind of resurgent interest in the "Peanuts" and in shows such as Mister Rogers' Neighborhood, which became the subject of a 2019 film, "A Beautiful Day in the Neighborhood."

"They're both Midwestern guys who created these iconic, anthemic worlds that people many, many years later are still endeared by, learning from and engaged with," Blauner said of Schulz and Fred Rogers, of "Mister Rogers' Neighborhood." "So it's still a bit of a mystery, but it's a charming, life-affirming one."

In his 352-page book, Blauner captures comments from 33 artists and writers about the impact that the "Peanuts" comic strip had on them, their lives and their careers. Some of the contributing writers are Ira Glass, Ricky Moody, Janice Shapiro and Chris Ware.

While many of the authors believed the "Peanuts" to be somewhat depressing, Ware for one said it just depicts real life and is a sharp turn from the types of comics that preceded it, which often featured adults acting more like children, Blauner recalled.

"There's no question about it that there's a melancholy to it," he said.

For example, one of the themes throughout is unrequited love between characters Lucy and Schroeder; Sally and Linus; and Charlie Brown and the Little Red-Haired Girl. But from circumstance depicting life as difficult, there is always a push to persevere.

The Mark The Peanuts Comic Strip Left On America 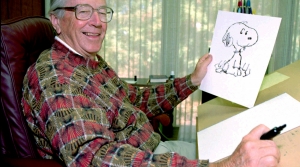 Cartoonist Charles Schulz created more than 18,000 daily comic strips about Charlie Brown, Snoopy and the rest of the Peanuts gang. To mark the 70th anniversary of his creation, we look at how the comics affected people's lives and American pop culture, as well as what they can teach us about life.

The Peanuts Papers: Writers And Cartoonists On Charlie Brown, Snoopy & The Gang, And The Meaning Of Life

The Peanuts Papers: Writers and Cartoonists on Charlie Brown, Snoopy & the Gang, and the Meaning of Life: A Library of America Special Publication