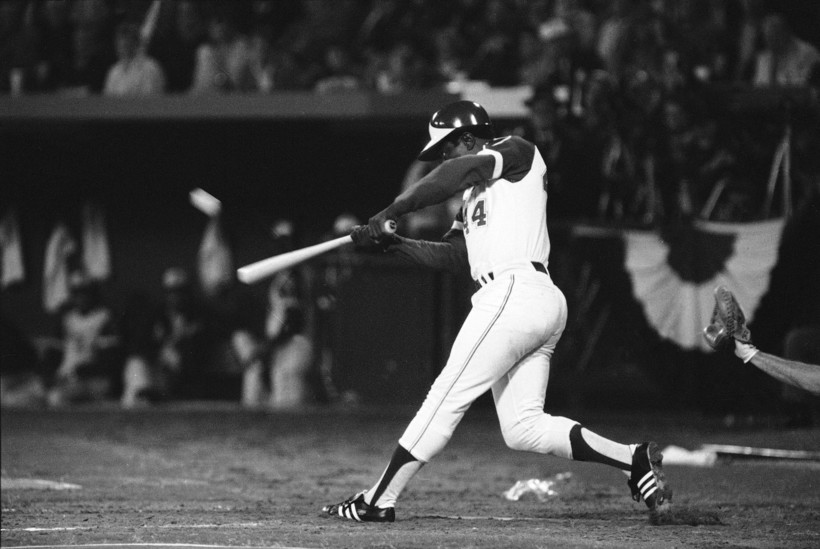 Aaron Spent More Than A Decade In Milwaukee, Including The Beginning And End Of His MLB Career
By Rob Mentzer
Updated:
Friday, January 22, 2021, 11:40am
Share:

Legendary baseball slugger Hank Aaron, who spent more than a decade of his career in Milwaukee, has died. He was 86.

Nicknamed "Hammerin' Hank," the Hall-of-Famer broke Babe Ruth’s career home run record in 1974 when he hit his 715th homer. Aaron finished his career with 755 home runs, a record that would hold for decades until it was broken by Barry Bonds, whose record some consider tainted because Bonds later admitted to using steroids.

Aaron grew up in Mobile, Alabama. As a child, he dreamed of joining the Major Leagues, which then were segregated to exclude Black players. He started his professional baseball career in the Negro Leagues. Within two years, he joined MLB's Milwaukee Braves. He would spend 21 seasons with the Braves — 12 in Milwaukee and nine in Atlanta after the team moved there in 1966.

Aaron ended his baseball career in Milwaukee after the Braves traded him to the Milwaukee Brewers after the 1974 season ended. He retired in 1976. 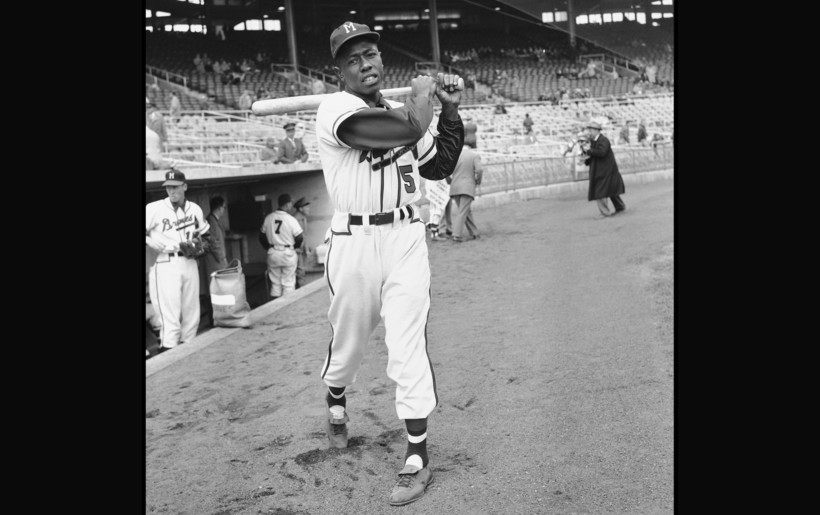 Henry “Hank” Aaron takes a practice swing during his rookie season with the Milwaukee Braves, May 10, 1954. AP Photo/DVN

Aaron lived in Atlanta for the rest of his life, but continued to make appearances in Milwaukee.

In 2012, he visited to help publicize the expansion of the Hank Aaron State Trail, which runs between downtown Milwaukee and Waukesha. That year, he gave a commencement address at Marquette University, where he talked about his own path to Major League Baseball.

"There were many times when I wanted to give up," he said. "But I kept going, and I learned that if you want something bad enough, you have to make the necessary sacrifices to get it."

Aaron faced racist taunts and death threats as he approached Ruth's home run record, from fans who saw a Black player toppling a white legend's record as a threat. He later spoke out about the racist discrimination he experienced while playing in the Minor Leagues in the South and during his chase of the all-time record.

"It wasn't a very happy time," his Atlanta teammate and friend Dusty Baker told NPR in 2007 of Aaron's drive to break the record. "It wasn't nearly as happy as it should've been."

When Aaron headed to the plate where he would make history, Baker recalled him saying, "I'm tired of this, I'm gonna get it over with."

Aaron's baseball achievements remain unmatched. Aaron hit .305 over his career, accounting for 2,297 runs batted in and 6,856 total bases — both of which remain all-time records.

He also hit his 755th and final home run July 20, 1976, in Milwaukee. A plaque in the stadium’s parking lot marks the spot where that home run landed.

Here's the story of Hank Aaron's last home run, July 20, 1976. As @InstantRHIplay reports, he hit #755 over the left field fence at Milwaukee's County Stadium in a 6-2 Brewers win over the Angels. https://t.co/5ls4Omemow

In 2019, when the Brewers’ Miller Park was being renamed, the Milwaukee Journal Sentinel led a push to give it the permanent name of Hank Aaron Park. Instead, it would become American Family Field, after a new sponsor.

After his retirement, the widely respected player went on to be an executive for the Atlanta Braves. The Atlanta Braves confirmed Aaron's death Friday morning. The cause of death was not released.

Aaron also has a connection to another Wisconsin city. During his Minor League career, he played for the Eau Claire Bears. He later said he was treated "as fair as could be" in Eau Claire, in stark contrast to the discrimination he experienced elsewhere.

"A little town called Eau Claire and the city of Milwaukee helped to shape my dreams and helped to mold me into the man I am today," he said in the 2012 commencement address. "I can never forget that here I found acceptance, encouragement, self-confidence and lifelong friends."

Milwaukee Mayor Tom Barrett paid tribute to Aaron in a statement Friday on Twitter, writing, "We lost a legend."

We lost a legend. Hank Aaron was my childhood hero of heroes. He was an amazing person and a fantastic baseball player. He was such a big part of Milwaukee. https://t.co/aO1t2fGNH2

On Jan. 5, Aaron was photographed in Georgia receiving the vaccine against COVID-19 along with Civil Rights leaders and officials as part of a push to encourage vaccination among the Black community. He told the Associated Press that getting vaccinated "makes me feel wonderful." 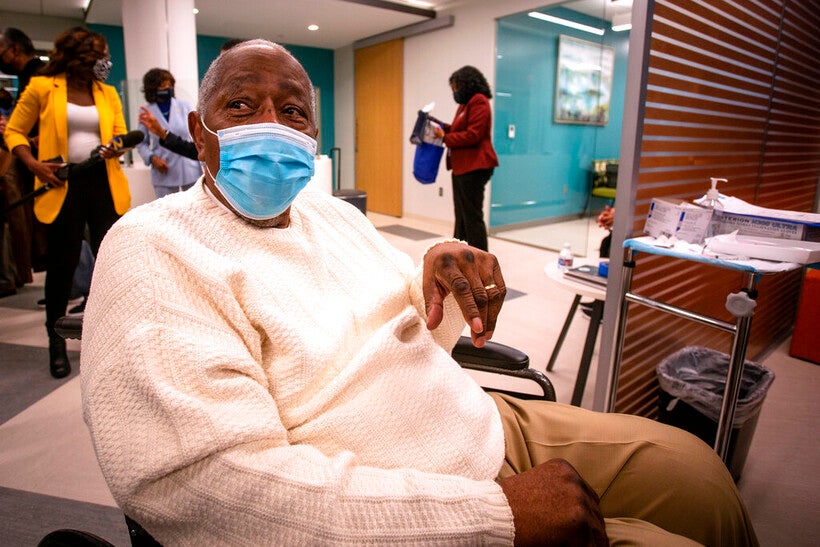 Baseball Hall of Famer Hank Aaron waits to receive his COVID-19 vaccination on Tuesday, Jan. 5, 2021, at the Morehouse School of Medicine in Atlanta. Aaron and others received their vaccinations in an effort to highlight the importance of getting vaccinated for Black Americans who might be hesitant to do so. Ron Harris/AP Photo