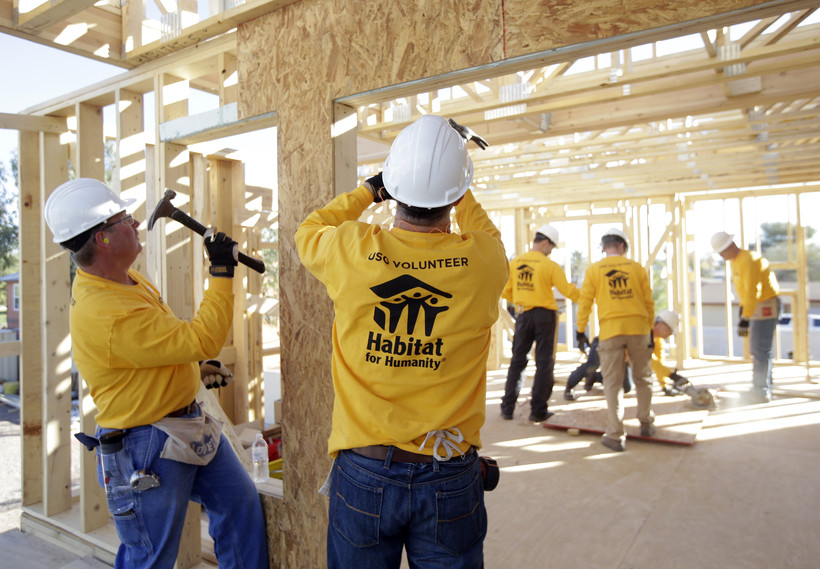 Habitat for Humanity is hoping to develop 62 acres of land in Sun Prairie in Dane County over eight years to help address the need for affordable homes in the county.

The project, which calls for 125 single-family lots, parkland and a mixed-use area will be unveiled in four phases. Only about 40 percent of the development will be for families that apply for Habitat for Humanity homes, which comprises about 50 houses in the development. The other 60 percent will be sold on the open market to help Habitat pay for infrastructure such as streets, said Valerie Renk, CEO of Habitat for Humanity of Dane County.

This is one of several large-scale developments taken on by Habitat for Humanity and may be the second in Sun Prairie if approved by the city council.

While a concept plan was reviewed by Sun Prairie's Committee of the Whole and the plan commission in June, Habitat is planning to formally submit its general development plan to the city at the end of July. Once that's completed, the plan can be voted on by the full council.

Dane County has its fair share of Habitat developments, including 13 single-family homes under construction in Sun Prairie's Vandenburg Heights, 24 homes in Renaissance in the Park in Fitchburg, 57 homes in Twin Oaks in Madison and 26 homes in Northport Commons on the north side of Madison.

Lots secured by Habitat but developed by someone else include 28 homes in the Uplands in Sun Prairie and 12 homes in Tennyson Ride on the north side of Madison. The nonprofit has also rehabbed 29 condos in the town of Madison on Eric Circle. 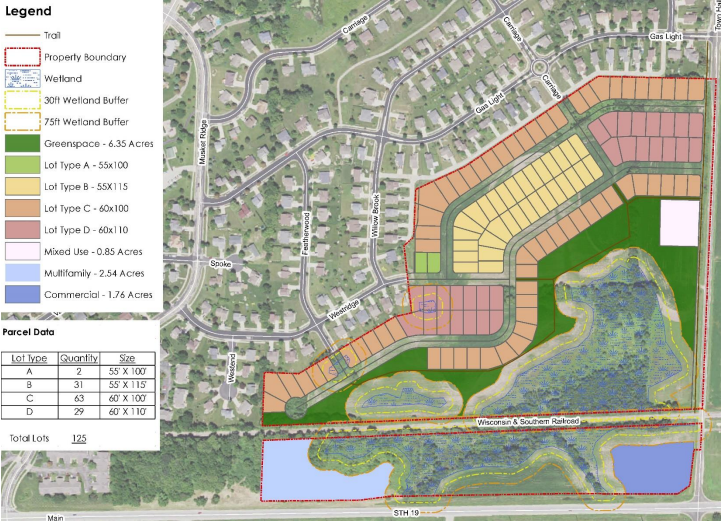 While land in dense areas can prove a hot commodity, Renk said Habitat has a volunteer committee of architects, finance experts, realtors, developers, builders and others who help keep an eye out for opportunities. Habitat also accepts donations or bargain sales from people who want to help.

"We are one of the few Habitats in the U.S. that develop land because of the expertise required and lack of developed lots available," Renk said.

The mixed-income housing of the newest Sun Prairie development proposal ensures space for people who need help buying a house and others who are looking to build.

Renk explained that housing affordability aid runs the gamut, from helping to get the homeless housed to helping stable renters become homeowners. The project focuses on the latter, for whom Renk said down payments are an impediment to moving on from renting.

That's an important focus because it opens affordable rental spaces to other people who are in need. It also stabilizes neighborhoods, Renk said.

Providing homes is one way to ensure kids have access to a better life, Renk said. Data from County Health Rankings for 2017 show 9 percent of children in Dane County live in poverty.

Habitat doesn't give the homes away for free, though, Renk pointed out. The organization's "magic" is a zero- or low-interest mortgage.

"We sell them at full appraised price and we make it affordable through a subsidized mortgage," she said.

Construction of infrastructure such as roads and sewer would begin in the spring of 2020. Home building would begin the following spring in 2021.

"We like to use the large-scale neighborhoods because they're efficient," Renk said. 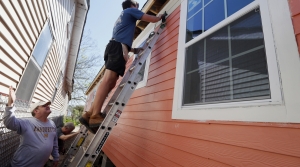 Habitat for Humanity of Dane County is looking to develop more than 60 acres of land in Sun Prairie as a mixed-income community. We talk with the group's CEO about their plans.