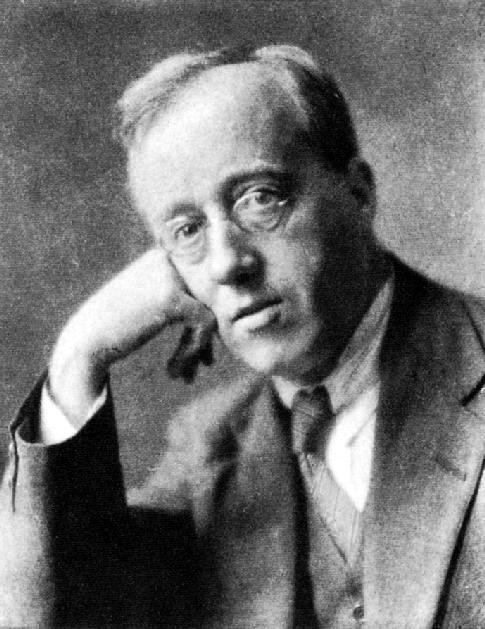 Although he is best remembered for his orchestral suite The Planets, the English composer Gustav Holst liked nothing better than the down-to-earth pleasure of a long walking tour. In the summer of 1927 he took a train from London to Bristol then set out on foot for Dorchester to visit the celebrated author Thomas Hardy.

Holst had admired Hardy for years. Twenty-five years earlier Hoist had written settings of three poems by Hardy. In 1922 he had finally met Hardy for the first time, though not without comic effect. Holst had been on a two-day walking tour and wore an old Panama hat and his customary thick glasses. When he presented himself at Hardy's door the author's wife remarked, "Oh, Mr. Hardy never sees photographers."

Prior to the 1927 visit Holst had written Hardy to tell him that he was working on an orchestral piece, "Egdon Heath," inspired by repeated readings of the first chapter of Hardy's novel The Return of the Native. Holst added that the music was also a product of his walks over the Wessex countryside that Hardy described so effectively.

Four days after setting out from Bristol, Holst arrived in Dorchester. The next day they toured the surrounding heath land by car. Hardy professed to know nothing of music, so Holst was surprised to find that Hardy had heard “Egdon Heath” on gramophone records. He was even more surprised when he found out that the gramophone records belonged to another English author who had been stationed at Royal Tank Corps depot nearby. The author was T.E. Lawrance--better known as Lawrence of Arabia.

The visit had a lifelong impact on Holst. Years later, when he was lecturing on Haydn, he compared the character of Haydn with that of Thomas Hardy. "There was a wealth of experience of town and country," he said, "deep and controlled emotion, wisdom and humor, all clothed in perfect courtesy and kindliness."