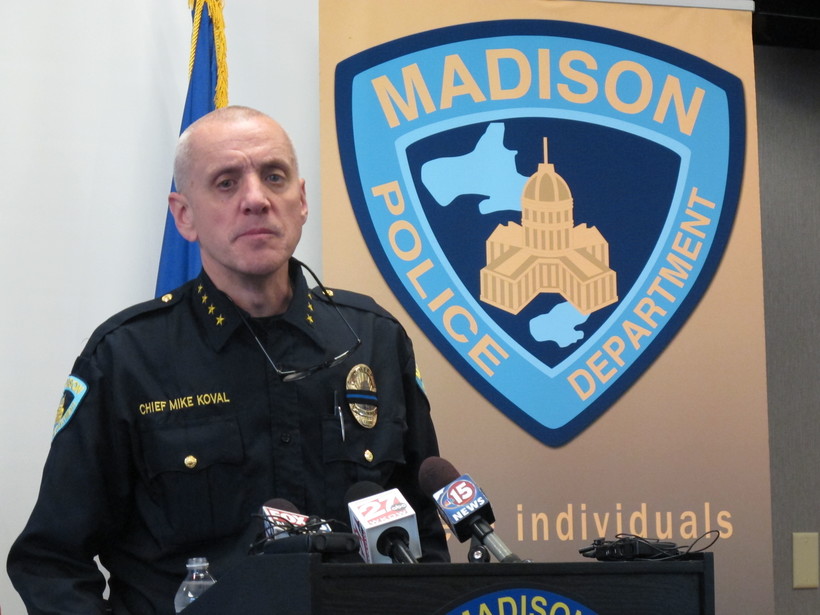 Two more gun murders in Wisconsin in the past week have pushed the total number of gun homicides in the state for the year to 83.

The most recent homicide victim was 25-year-old Darren Goodwan, who was shot during a fight on Madison's south side last Saturday. It’s the third gun related homicide in the city this year.

Goodwan’s death drew an emotional reaction from the city’s police chief Michael Koval. Koval called for a concerted community response to gun violence. He said that while there have only been three gun fatalities in the city, the number of guns being brandished and fired in the streets is at an all-time high.

“Faulty ammo and bad aim is about the only thing that hasn't doubled up our numbers right now, so those people who would continue to live their lives in Madison minimizing, rationalizing, discounting or avoiding the painful realities of what gun violence is doing to our community had better get a grip,” said Koval.

Police have arrested a suspect in the Saturday shooting. Koval is calling on church and community leaders to hold meetings about gun violence with youth in neighborhoods across the city.

“Anyone and everyone who has the eyes and the ears of young impressionable people predominantly, urge them to think a different way about reconciliation. Urge them not to take ‘self-help measures’ — eye for an eye, tooth for a tooth. That stuff just creates more carnage in our streets,” said Koval.

The other gun murder in this week’s tally took place in Milwaukee last Friday night. Billy Ward, 45, was shot and killed after he was involved in a hit-and-run accident. Police are looking for a suspect who may have been a passenger in the car Ward ran into.