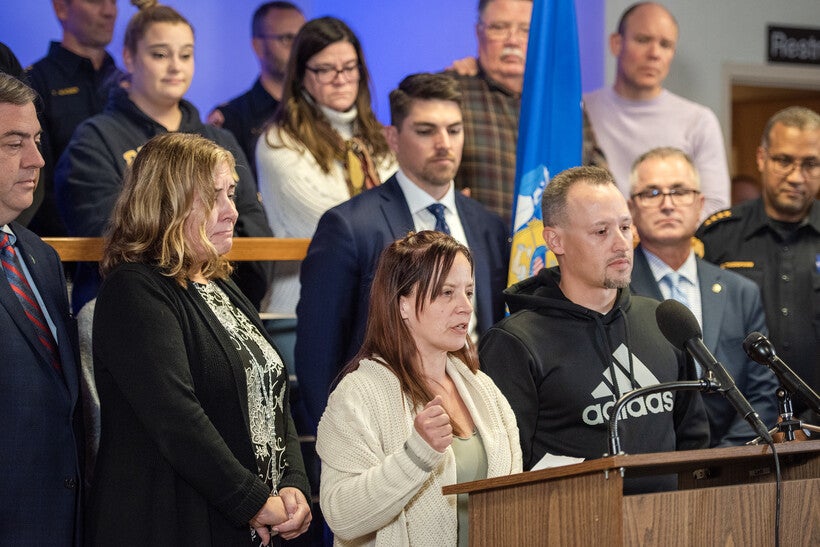 Amber Kohnke, the mother of one of the victims, speaks during a press conference Wednesday, Oct. 26, 2022, at the Waukesha County Courthouse in Waukesha, Wis. Angela Major/WPR

Marshall Sorenson’s 5-year-old daughter handed him a necklace with his mother’s ashes in it before he headed to the Waukesha County Courthouse Wednesday morning.

His mother Virginia Sorenson was killed after Darrell Brooks Jr. plowed his vehicle through the Waukesha Christmas Parade last year. She was 79-years-old and a member of the Dancing Grannies.

Marshall brought the necklace with him as a guilty verdict was read aloud for Brooks by Waukesha County Circuit Court Judge Jennifer Dorow Wednesday.

"We’ve been praying for this day for a long time," Marhsall said during a press conference following the news.

"She was with us today," he added. 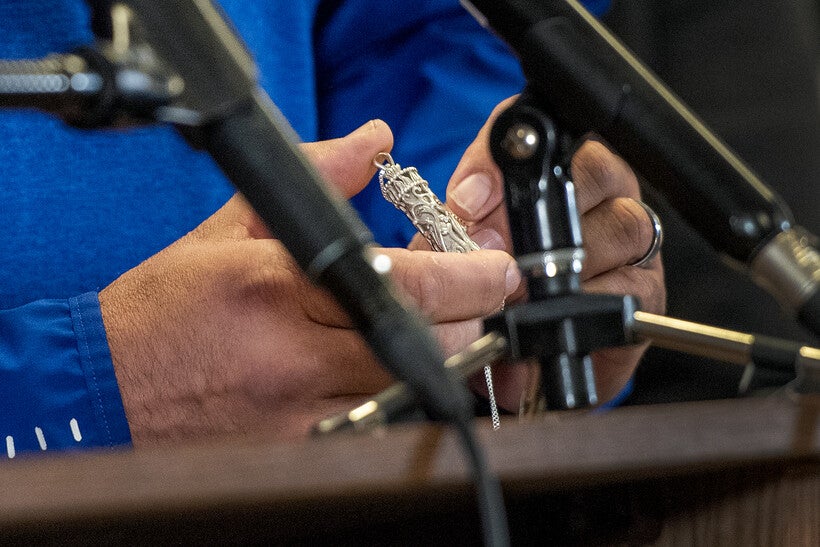 Marshall Sorenson holds the ashes of his mother, Virginia Sorenson, who was killed at the Waukesha Christmas parade during a press conference Wednesday, Oct. 26, 2022, at the Waukesha County Courthouse in Waukesha, Wis. Angela Major/WPR

In less than two months, Waukesha will hold its annual Christmas parade. It's been a joyous event for the city and one that many in the tight-knit community mark on their calendar every year.

But this year, it’ll be held on a new date with more security measures in place for those attending and participating, and with painful memories of Brooks crashing his SUV through the parade route, killing six people, including Sorenson, and injuring dozens of others.

Brooks was found guilty Wednesday of six counts of first-degree intentional homicide and 70 other criminal charges for the incident.

After the jury returned its verdict Wednesday morning, many victims and local leaders said outcome of the trial will continue to help the community heal. 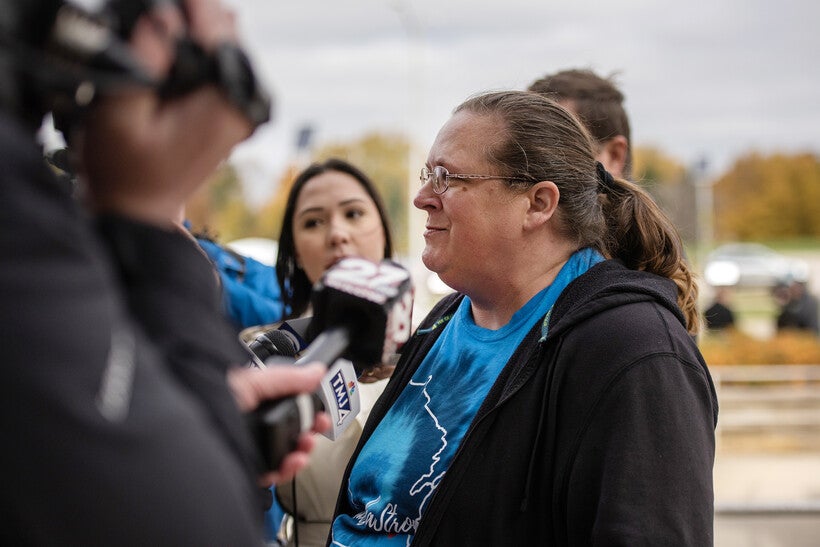 Bruce attended the parade last year and used his business on Main Street as a shelter for families and victims caught in its aftermath.

"Knowing that this phase is complete, it allows people to continue to move forward," he said.

Bruce said he knows many are still traumatized. He believes there will be a "mixed bag of emotions" on the day of the parade, which will be held Dec. 4.

Some people may want to stay away, he said.

"There are other people who are going to show up, simply saying, 'I want to support you, we are going to move forward," Bruce said. 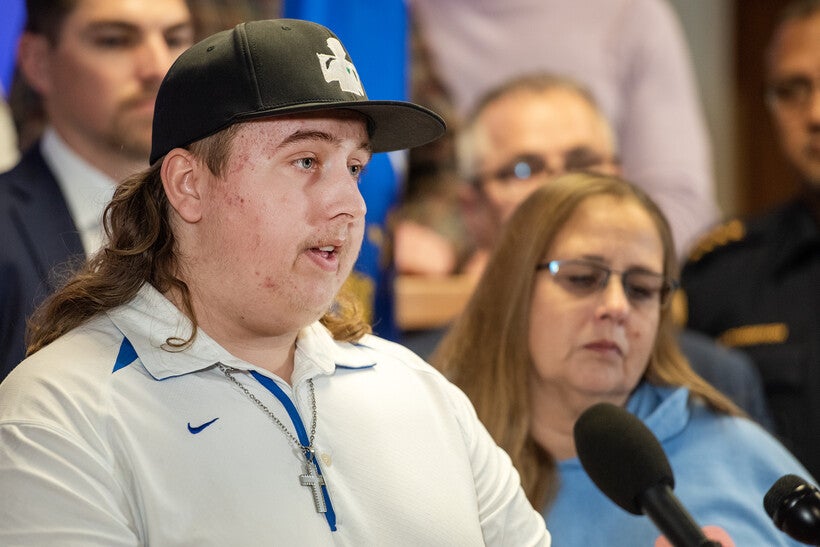 Tyler Pudleiner was hit by Brooks while marching with the Waukesha South High School band. He’s had several surgeries because of his injuries from the crash.

"I know that this will give us healing," Pudleiner said of the verdict. "One of the things I’ve said so much throughout this is that we’re stronger than him (Brooks) and it’s been proven today."

Waukesha Police Chief Dan Thompson called out the "resiliency and strength" of the community when he spoke during the press conference.

"That defendant’s actions do not define this great community," Thompson said.

Many victims testified during the trial, which lasted over three weeks. Waukesha County District Attorney Sue Opper said after the verdict that she was "relieved."

"There is much healing ahead for the victims and for the community, but we hope today's result is a step further along that path," Opper said.

The trial was long and tumultuous, after Brooks was removed from the courtroom several times because of repeated interruptions he made. But throughout it all, Opper said she was thinking of the victims.

"What motivated us was these families ... we thought of those mothers and fathers sitting in hospital rooms with their children and their ongoing care that they're still physically healing from and certainly emotionally healing from," Opper said. 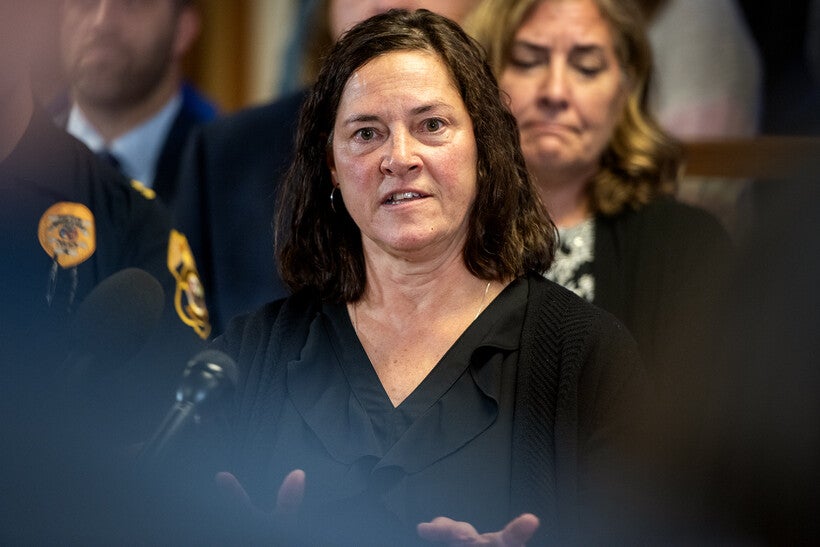