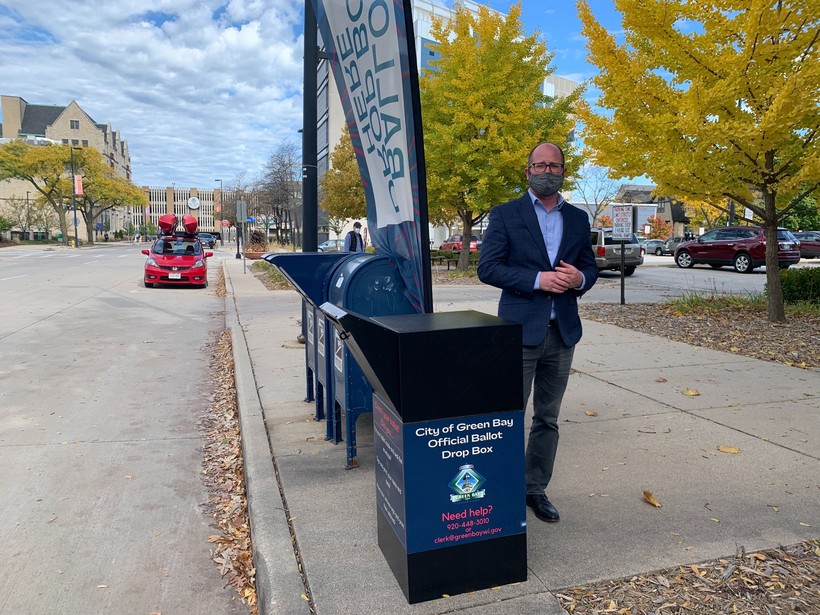 Some Green Bay residents waited in line more than four hours to cast their ballots in the state's April primary election, with only two polling places open due to coronavirus concerns.

The city will have 16 polling places open for the November election, but city officials are still asking voters in Wisconsin's third largest city to make a plan before Nov. 3.

"We are ready for your vote, and we’re encouraging our citizens to get ready as well," Green Bay Mayor Eric Genrich said during a press conference at City Hall Tuesday.

More than 40 percent of Green Bay’s registered voters have requested absentee ballots — an increase of 124 percent compared to four years ago, according to officials.

"There are really encouraging numbers, and from the beginning we’ve been promoting absentee voting as it’s really a safe and secure way to exercise your franchise," Genrich said.

The city has installed five new drop boxes to accommodate the surge in absentee ballots. They’re under video surveillance, bolted to the ground and ballots are retrieved daily, Chief of Staff Celestine Jeffreys said.

"There’s an entire chain of custody procedure that our drop box collectors undertake in order to collect those ballots," she said.

Jeffreys also encouraged voters who are mailing their ballots to do so by Monday, Oct. 19. 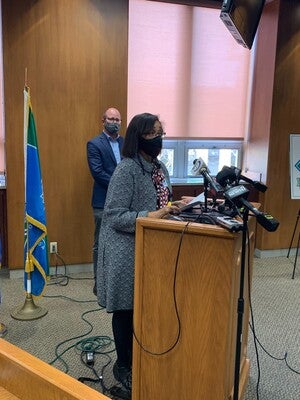 At a news conference at Green Bay's City Hall on Tuesday, Oct. 13, Chief of Staff Celestine Jeffreys encouraged voters to make a plan for Election Day.

"Just like at Christmas time, or any other major holiday, if you want your Aunt Betty to get her gift, you send it two weeks ahead of time," she said. "Same with your ballot."

The city has created a voter guide available in English, Spanish, Hmong and soon Somali. It includes important deadlines and checklists for voters, Jeffreys said.

Things can get complicated. For example, the drop boxes close an hour before the polls on Election Day. Wednesday is the last day to register online, but City Hall will open for in-person voter registration beginning Thursday. And early in-person voting runs from Oct. 20-31, but early registrations end Oct. 30. Wisconsin residents may also register to vote at their polling place on Election Day.

Through about $1.5 million in grants, the city was able to better prepare for this election, Genrich said. In addition to the ballot drop boxes, Green Bay has purchased a high-speed tabulator and bumped up pay for poll workers on Nov. 3 to $350.

City officials said the lack of volunteers was the reason there were only two polling locations open on election day back in April. Officials said they’ll need at least 380 poll workers for November. So far, 388 have signed up.

Despite the improvements, patience will be key this November, Jeffreys said. State law prohibits clerks from counting absentee ballots before Election Day, so the large influx could slow things down.