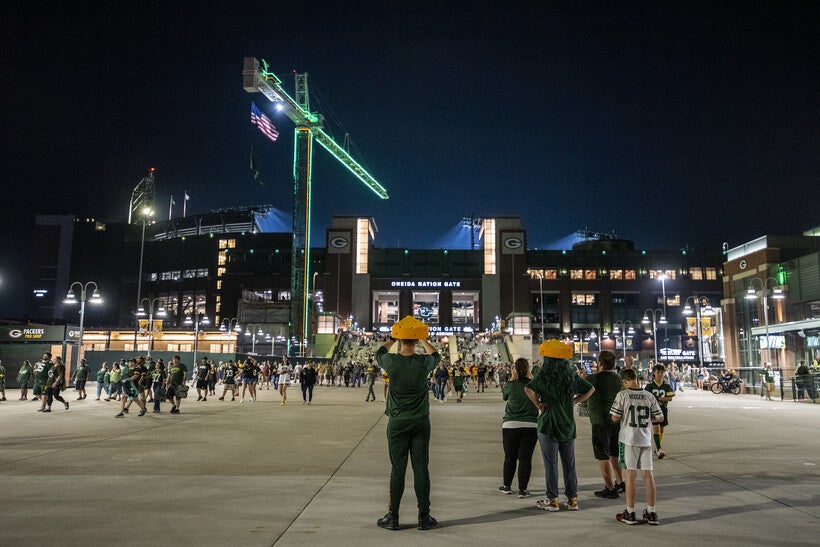 Have the Packers' struggles on the field hurt Green Bay's economy?

Each home game the Green Bay Packers play at Lambeau Field injects $15 million into the local economy. But what happens when the team struggles on the field?

After starting the season with many believing the Packers were a Super Bowl contender, the team has a record of 4-7 and is in danger of missing the playoffs.

Travis Loftus, the manager of Ticket King in Green Bay, said the team's performance has had a negative effect on secondary market ticket prices.

"It's definitely come down quite significantly," he said. "And my assumption is that it's going to continue to dip that way, especially if the team continues losing." 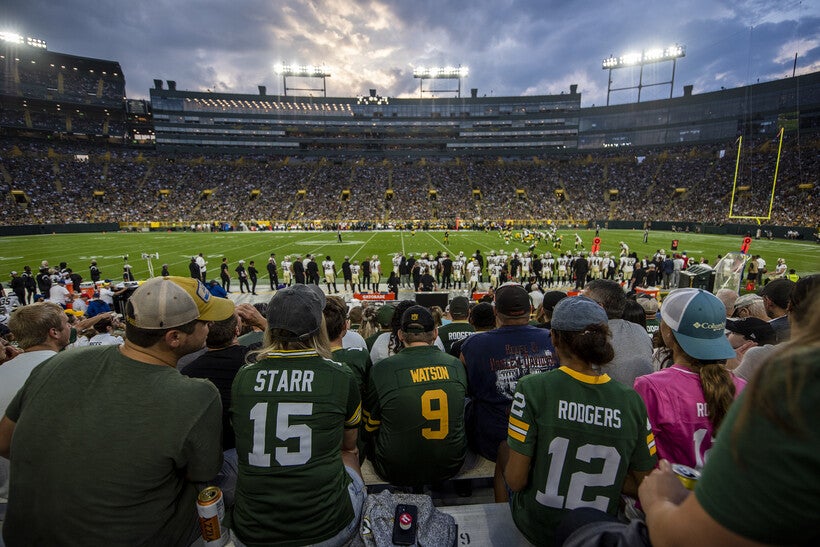 Following the team’s loss to the Tennessee Titans last Thursday, the average price for two of the Packers’ remaining home games fell below $100 and prices dropped for all but one game.

In fact, Loftus said prices for the Packers’ Week 18 contest against the Detroit Lions are the lowest he’s ever seen in 12 years of working for Ticket King.

"From the time of even when the schedule first came out, the tickets were right around face value, but as they've had that little losing streak, we've had to continue to lower (prices for) tickets because they're just not selling for that game," he said. "It's crazy."

But Nick Meisner, vice president of digital marketing and communications for Discover Green Bay, said low ticket prices could give more fans an opportunity to attend a game.

"Maybe that brings in somebody who wasn't able to afford to go to a game before, or they're spending less on tickets, so they have more to spend in the community," he said. "Lambeau Field is such an attraction (that) despite how the team is performing, it will always be something on the list for fans to experience."

He said a typical game weekend sees tens of thousands of fans descend on Green Bay, filling local hotels near capacity as well as patronizing restaurants and retail venues. According to the Packers, the organization's total annual economic impact is roughly $300 million.

So far, Meisner said the economic impact of the Packers doesn't change when the team struggles. He also acknowledged that Discover Green Bay doesn’t have many losing seasons to draw comparisons from over the last three decades.

"We've been lucky enough that they are typically performing, with the seasons that they're not being more of an anomaly than the norm," Meisner said.

Aaron Popkey, director of public affairs for the Packers, said Lambeau Field, the Titletown District and the Packers Hall of Fame continue to see plenty of visitors when the Packers are playing, even if the team is losing.

"A game weekend is a bucket list trip for so many people when you're talking about the people who come into town to make a weekend of it," he said. "I mean, this is something that they've planned since last spring when the schedule came out." 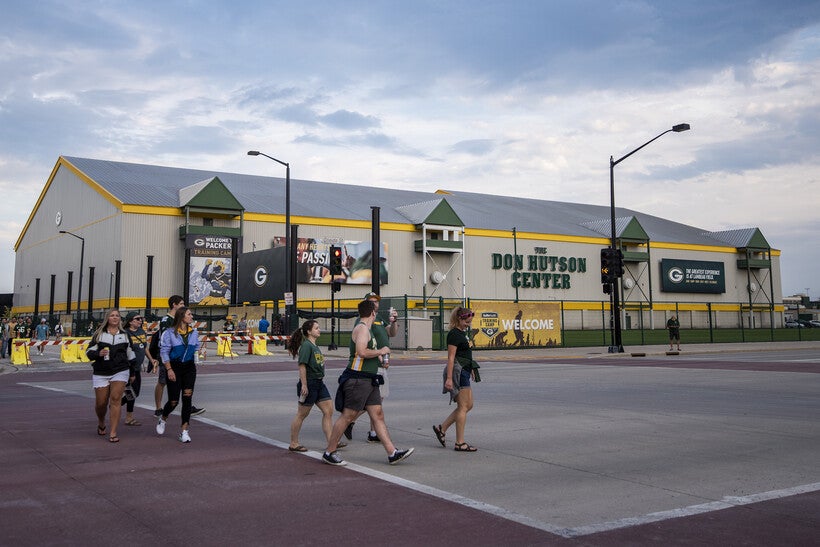 Fans walk in front of the Don Hutson Center, a Green Bay Packers practice facility in Ashwaubenon, on Friday, Aug. 19, 2022, before the Packers played the New Orleans Saints in a preseason football game. Angela Major/WPR

On top of game days, the Packers' charitable donations exceeded $9 million last year. Popkey said the team has no plans to stop supporting the community any time soon.

The team's commitment to community, Popkey says, is tied to the support the organization has received from the community throughout its 100-plus year history.

He said the team’s first three stock sales saved the Packers from filing for bankruptcy, while the three most recent stock sales helped renovate and expand Lambeau Field — and put the team on successful financial footing for the future.

"With the constant support of the community, the team realizes that there's a symbiotic relationship," Popkey said. "That's why the team invests back into the community in a number of different ways."

That commitment to community was on full display ahead of the Thanksgiving holiday. On Tuesday, Packers offensive lineman Elgton Jenkins and cornerback Rasul Douglas helped serve children and their families a Thanksgiving meal at the Boys & Girls Club of Greater Green Bay.

On Mondays at 6 p.m. through Dec. 12, Packers players will also sign autographs in the Lambeau Field Atrium to fundraise for the Salvation Army. Quarterback Aaron Rodgers has pledged to match donations made during the signings up to $50,000.

"The Packers, being owned by the fans, we can call them family because of how close-knit the community is," Jenkins told WBAY-TV. "Just being able to give back to the community is a big part and a role that we play as being a part of the Green Bay Packers."

The Packers hope to get back to winning form when they take on the Philadelphia Eagles Sunday night at Lincoln Financial Field.

The answer to a question asking what municipality Lambeau Field is located in is easily found, but the history behind selecting the site is "fascinating," the Green Bay Packers official historian said.